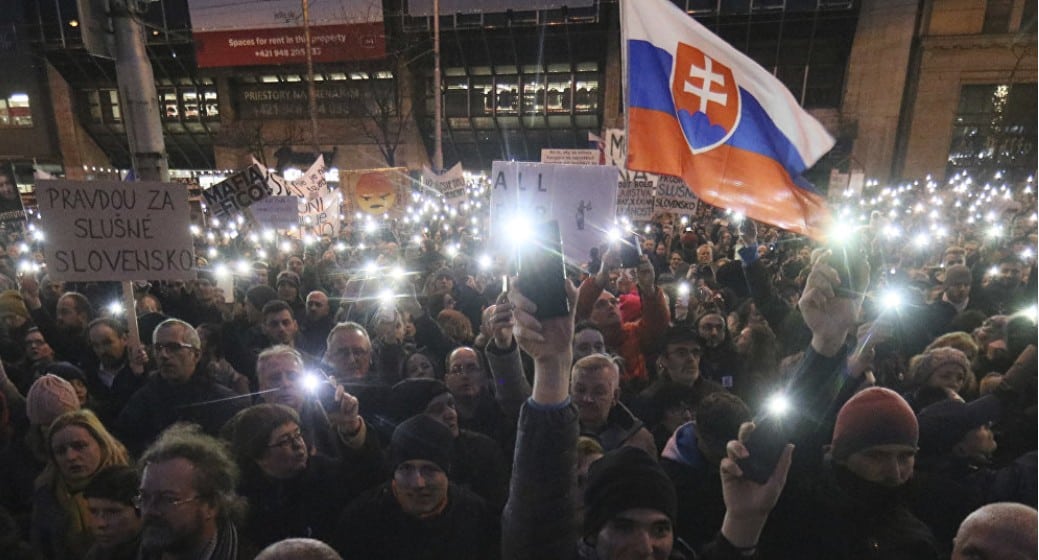 In 2018 the murder of local journalist Jan Kuciak, who had been investigating the Italian mafia’s activities in Slovakia and its links to senior Slovak officials, sparked a crisis in the country, with almost 20 cities hosting rallies against graft and insufficient measures to deal with corruption.

A former soldier has admitted to killing a Slovak journalist and his fiancée in a crime that had sparked mass protests across the country leading to the resignation of Prime Minister Robert Fico, reported Reuters.

As the presiding judge of the special criminal court in Pezinok asked the four defendants in the case to make statements on charges presented by the prosecutor, Miroslav Marcek said he accepted his guilt.

The admission could possibly see his sentence reduced from potential life imprisonment.

Marcek was charged with shooting Jan Kuciak, 27, an investigative reporter, and his fiancee, Martina Kusnirova, in their house near Bratislava in February 2018.

Two other defendants including Marian Kocner, a businessman who had been a subject of Kuciak’s reporting, claimed they were innocent of charges of ordering the killing.

A defendant who police believe helped Marcek to carry out the killing did not make a statement at the hearing.

A fifth suspect, Zoltan Andrusko, confessed in December to facilitating the murder and received a 15-year prison sentence.

The Murder that Sparked a Crisis

Investigative journalist Jan Kuciak, 27, and his girlfriend were gunned down at his home in the village of Velka Maca, 50 miles east of Bratislava, on 25 February 2018, in an assassination that was from the outset believed to be linked to his work.

Kuciak, who worked for Aktuality, a Slovakian website which was owned by German news organization Axel Springer, had been investigating the activities of an Italian mafia organization in Slovakia and its possible links with local politicians.

The journalist was specifically looking into the dealings of a Slovakian businessman who invested in property in Malta. As he was digging into transactions carried out by Marian Kocner, he reportedly filed a motion against the man, who he accused of threatening him.

​Specializing in tax fraud and money laundering investigations, the journalist had also accused Slovakia’s ruling Smer-SD party of having links with shady businessmen and the local mafia in Bratislava.

As far back as in 2012 Malta Today claimed Kocner was linked to the transfer of four million euros from a Maltese bank to accounts in Slovakia, with payments said to be to Slovakian politicians. The leader of Slovakia’s neo-liberal Freedom and Solidarity (SaS) party, Richard Sulik, was also seen at Kocner’s home at the time.

The assassination of the journalist sparked mass protests in late February, with an estimated 50,000 people rallying in Bratislava and thousands more in other cities demanding a thorough investigation into the murder and the resignation of the government.

The participants in the rallies also accused the head of the country’s police, Tibor Gaspar, of failing to crack down on corruption and obstruction of the investigation into the murder of Jan Kuciak.

The chief of police eventually stepped down along with several senior justice officials after investigations revealed they had been in contact with Kocner.