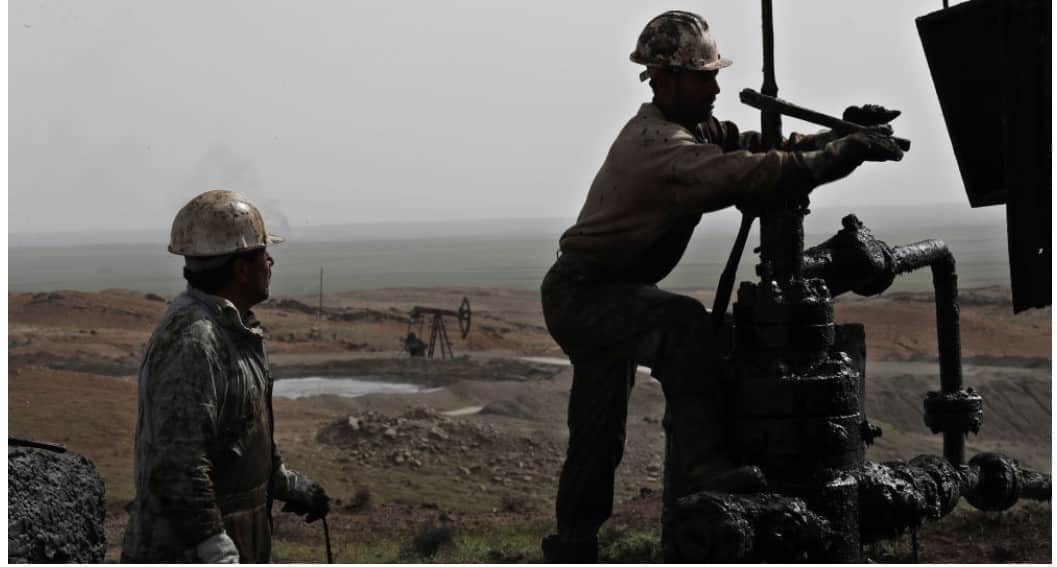 …and ISIS is helping him as well…and getting their cut…
–

The United States moved to “secure” the oil-rich regions of eastern Syria in October, sparking harsh condemnation from Damascus, and concerns from the international community that US actions were a violation of international laws against pillaging.

President Donald Trump doubled down on his administration’s policy of “taking” Syria’s oil, telling Fox’s Laura Ingraham that the US has it and refusing to give a commitment to hand it back to its rightful owners, the Syrian government.

Ingraham interjected, telling the president “We’re not taking the oil” and suggesting the US troops were “protecting the facilities.”

Trump doubled down on his words: “Maybe we will, maybe we won’t…I don’t know, maybe we should take it. But we have the oil, the United States has the oil. So they say ‘he left troops in Syria’. No. I got rid of all of them other than we’re protecting the oil, we have the oil.”

President Trump has repeatedly boasted about the importance of “securing” Syria’s energy resources in recent months, saying he “liked oil,” and the US would be “keeping the oil.”

Trump’s obsession with keeping foreign countries’ oil goes back to well before his presidency, and he has repeatedly appeared in the media over the past decade talking about the importance of keeping oil, including Iraqi oil.

In late October, the Russian military released a detailed report on US oil-smuggling activities in eastern Syria, complete with satellite intelligence, revealing that the CIA, the Pentagon and private US military contractors were working with Kurdish militias and US-controlled companies to illegally ship over $30 million-worth of Syrian oil out of the war-torn country.

The US moved to seize the oil rich regions in the eastern Syrian province of Deir ez-Zor in October, after the US began redeploying troops away from the Syrian border with Turkey amid an abortive Turkish invasion which was halted following diplomatic intervention from Moscow.

Before being engulfed in a foreign-backed civil conflict in 2011, Syria produced about 400,000 barrels of oil per day, with this output providing the country with energy self-sufficiency and up to 20 percent of the state’s revenue. Production plummeted during the war, particularly after Daesh (ISIS)* took over wide swathes of eastern Syria.

Although the terrorists have since been driven out of the area, the country’s oil infrastructure has yet to be restored, leading to broader problems with the country’s efforts to rebuild from the war. Damascus has estimated that it could take between $200 and $400 billion to rebuild.