Editor’s note:  Investigations, reality-based, show something entirely different.  We show widespread vote tampering in Wisconsin where the same regions cited by The Guardian, in fact, voted at levels of 96 to 115 percent, a much larger turnout than for Obama.

In fact, it was a turnout that included up to 300,000 dead or “never existed” voters.  These facts came out during the recount that found vast and widespread discrepancies yet simply walked away silently like Al Gore in 2000.

This is why there is so much confidence in Trump for 2020.  He won 2016 while losing a 3 million popular vote with up to 10 million Trump votes being dead or fabricated.  With 4 years of packing courts with Zionist judges, he can’t be challenged, no matter how much money the Deep State spends or how far they go to continue the takeover of America as a slave state for “the filth.”

by Chris McGreal in Forest County, Wisconsin, The Guardian

Pastor Franz Gerber is worried that so many members of his congregation appear to idolize Donald Trump more than they worship Jesus.

The preacher at the Praise Chapel Community church was among those who voted for Trump in rural Forest County, Wisconsin, which swung heavily from Barack Obama to the Republican in 2016 and so helped deliver a state that put the president in the White House. 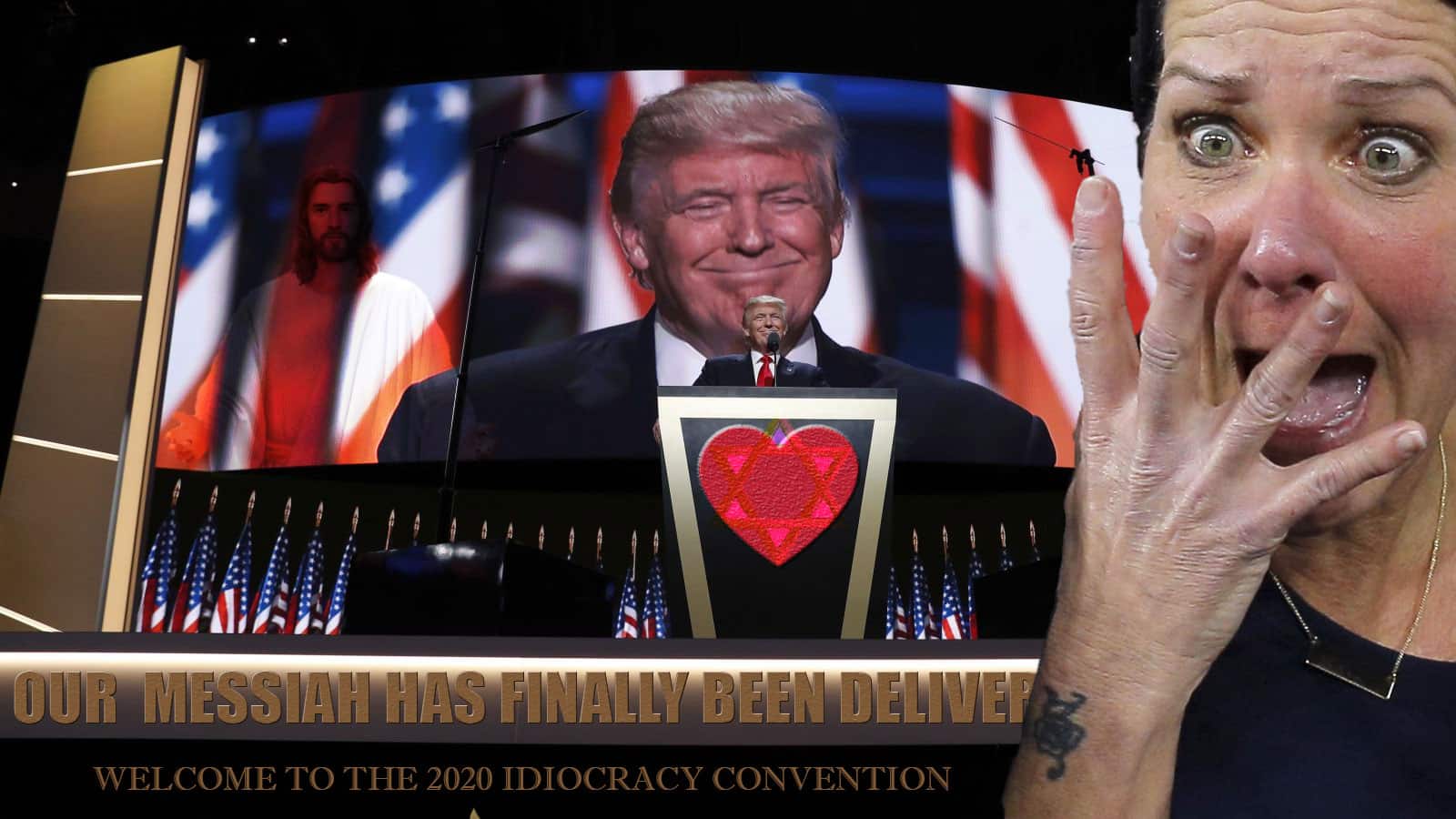 Gerber now has some regrets about his vote but what really disturbs him is an unquestioning and even aggressive adulation for Trump within his flock.

“It seems like there are many evangelical Christians that are willing to die on the hill of supporting the Republican president, supporting Donald J Trump. And to me, that hill is not worth dying on. No matter who the candidate is, no matter who the individual is,” he said. “To put all your hope into that individual is a dangerous road. Scripture would warn us against that.”

Forest was one of 19 counties in Wisconsin that flipped from the US’s first African American president to one of its most polarising in 2016. Obama took 56% of the votes in Forest county in 2008. Eight years later, Trump won 61%.

The large swings across rural Wisconsin squeezed out a narrow victory for Trump in the state by fewer than 23,000 votes, a margin of just 0.77%. Alongside wins in other parts of the midwest, it delivered him the White House even though Hillary Clinton won the popular vote.