India has not quite switched sides in the Middle East, but today’s visit from two important guests from Russia and Iran could spell a diplomatic change of course for India in 2020 and beyond.

Russian Foreign Minister Sergey Lavrov and his Iranian counterpart Mohammad Javad Zarif will both be in New Delhi on Tuesday and will meet — albeit separately — with their Indian counterpart, Dr. Subrahmanyam Jaishankar. Lavrov and Zarif will also meet Prime Minister Narendra Modi, who will no doubt be keen to discuss how India can balance its vital interests in the Middle East in the face of increasing tensions between the US and Iran.

Washington’s recent killing of top Iranian commander Qassem Soleimani came as a shock to Delhi, occurring just one month after Washington hosted a two-plus-two meeting between both countries’ foreign and defense ministers — in which no indication was given of what was to come, despite the move being one which threatens India’s domestic and foreign interests.

Stunned by US betrayal

Given that India — a ‘Major Defense Partner’ of the US — has the world’s second-largest Shia population, and operates Iran’s strategic Chabahar Port, Washington’s decision not to warn New Delhi about Soleimani’s impending assassination can be seen as a slap in the face. Secretary of State Mike Pompeo’s decision to call Pakistani Chief of Staff Gen. Qamar Bajwa within hours of the strike only served to rub salt in the wound. Meanwhile, crowds chanted anti-American and pro-Iran slogans in Kargil, a part of the erstwhile Jammu and Kashmir state.

Even Donald Trump, who never tires of referring to Modi as his “good friend,” didn’t bother to ring the Indian prime minister. In a final blow to India’s pride, the State Department then announced the resumption of military training for Pakistani forces a day later.

ALSO ON RT.COM: Troubled skies: US killing of Soleimani puts India on guard against rogue drones

For one thing, it has a mounting energy bill from the region which could skyrocket if the area descends into chaos, only adding to Delhi’s economic woes. It also has to worry about its eight-million-strong diaspora in the Middle East — and many more if one counts their families back home — which sends India a sizeable remittance of $40 billion every year.

India has attempted to strike a delicate balance in its Middle East relationships, seeking to enhance its partnerships with US pals Saudi Arabia and Israel, while at the same time maintaining historically friendly relations with Iran. But with the anti-US sentiment on the rise in the region and the Islamic Republic’s armies and proxies operating in multiple countries, India’s decision-makers may be wondering whether it’s time to back a different horse.

Warming up to Iran

It would be incorrect to say that cooperation with the US has not been beneficial for India. Indeed, since its listing as a Major Defense Partner of the US in 2016, India has received a steady stream of American weapons, complementing the arsenal it already purchases from Russia and produces domestically. Just last year, New Delhi and Washington engaged in some $15 billion worth of defense trade, more than Pakistan’s entire military budget for the same year.

ALSO ON RT.COM: The Chaos Guru: What’s so exceptional about the US that it can tell New Delhi what arms to buy to defend itself?

Indian and American officials agreed to further expansion in the fields of defense, science, and technology in December, and American defense manufacturers Lockheed Martin and Boeing are reportedly eyeing up shifting production to India — should Modi’s government award them a lucrative fighter jet contract.

Still, Iran has been a close ally of India both before and after the 1979 Islamic Revolution — and it looks like New Delhi has been on a course-correction vis-à-vis Iran for a few weeks now. 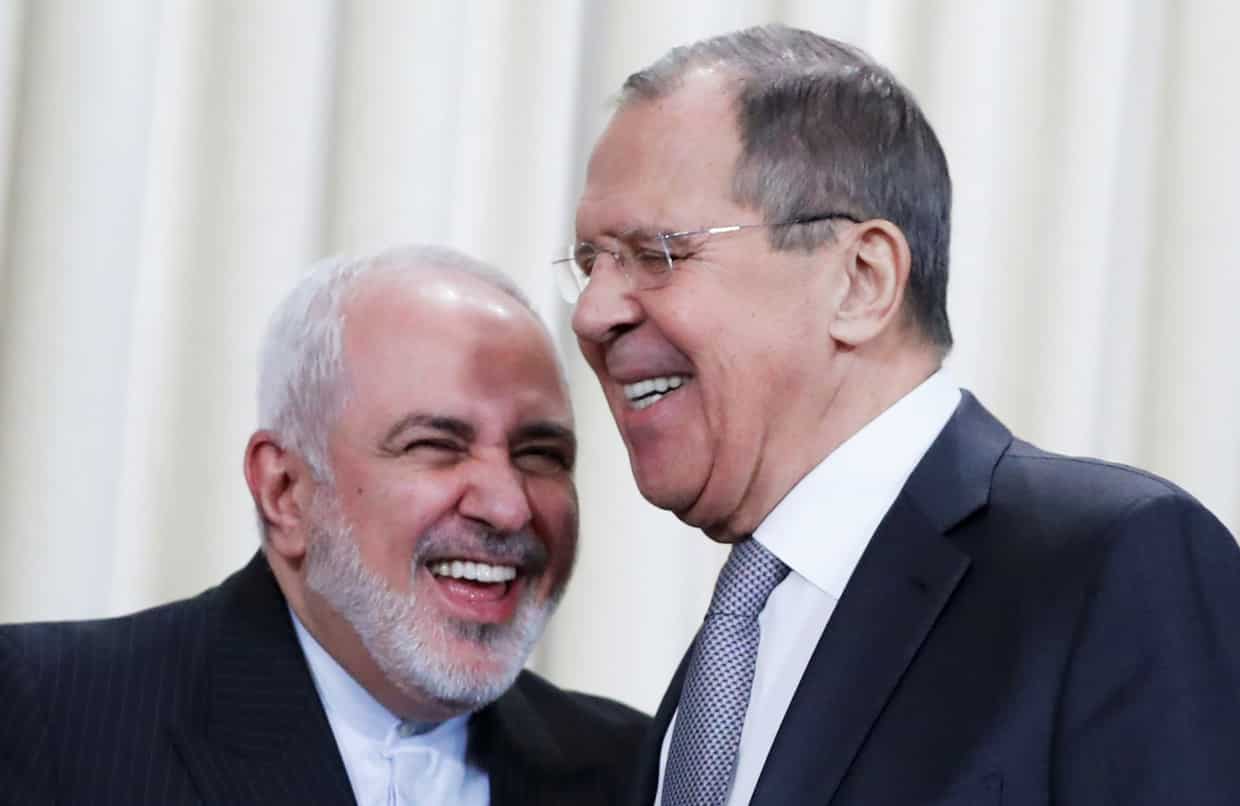 It refused, for instance, to be part of a global naval alliance that the United States had called for to secure the Persian Gulf. India was startled when Iran, in conjunction with Russia and China, responded by launching a joint naval exercise from the Chabahar Port for four days last month. It was a sure sign that Iran has important friends and that the Chabahar Port, in which India has invested so heavily yet ignored under the US pressure, could slip out of India’s grasp. Chabahar essentially holds the key to India’s maneuverability in its extended neighborhood.

A strong Iran is also a good bet against the Islamic State (IS, formerly ISIS) — buoyant now that its sworn enemy General Soleimani is dead — which could unleash terror against India’s interests both in the Middle East and closer to home.

Russia as a powerful partner

India would hope its old friend Russia is also a good bet to help mend fences with Iran as it looks to align its interests in the Middle East. Russia is now seen by many as a major influential force and arbiter in the Middle East, a stabilizing presence against the chaos-creating United States. Moscow also has the ears and trust of many diverse and even conflicting forces in the region — be they in Turkey, Iran, Iraq, and Syria or Saudi Arabia, Israel and Libya.

It’s in this context that India will likely give a full-throated welcome to Lavrov. The Russian foreign minister is expected to meet Zarif on the sidelines before the two address a think-tank gathering in the capital on Wednesday, within a couple of hours of each other. Lavrov and Zarif, for their part, will be equally keen to return the Indian warmth. Russia is now ambitious to have a presence in the Indo-Pacific—as Lavrov’s comments on greater defense cooperation in Sri Lanka on the eve of his India visit testify—and Iran shares too deep historical and cultural ties with India to stay away for too long.

The United States is sending its own important functionaries to New Delhi on the heels of Lavrov and Zarif: Deputy National Security Adviser Matthew Pottinger — a known China-baiter — and Alice Wells, assistant secretary for South and Central Asian affairs.

Both will be in the capital at the same time and in the same hall as Lavrov and Zarif, though at different hours. But theirs will be a sideshow, neither gaining an audience from India’s top players nor securing any guarantee that India still has a positive view of the United States.