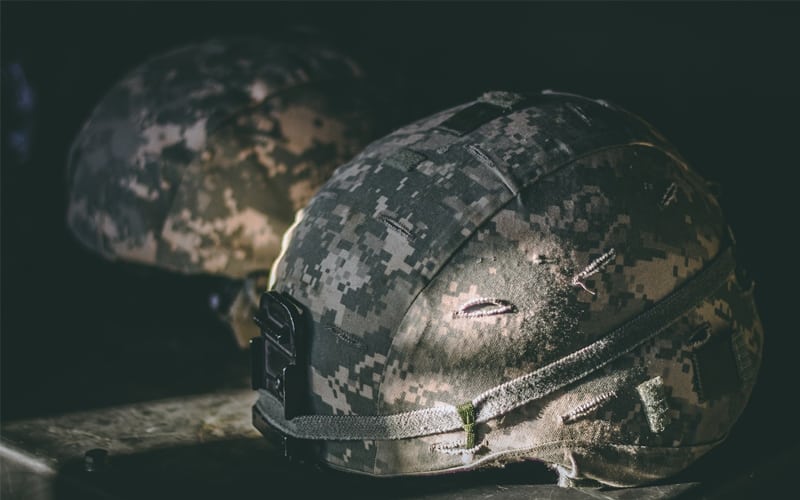 Military service is in itself very demanding and stressful especially when we consider the risks involved. At the same time many veterans find it difficult to readjust themselves to civilian life.

According to the U.S. Department of Veteran Affairs, the rates of PTSD among veterans from Operation Iraqi Freedom (OIF) and Operation Enduring Freedom (OEF) are between 11 and 20%, for the Gulf War (Operation Desert Storm) it’s 12% and in the case of the Vietnam War it is estimated that around 30% of veterans have had to struggle with PTSD.

For reference, the prevalence of PTSD among the general population in the US is 6.8%.

Post Traumatic Stress Disorder or PTSD has been known as “shell shock” during the years that followed World War I and “combat fatigue” after World War II. It’s a psychiatric condition that affects people who have gone through a traumatic experience such as war/combat but also natural disasters, accidents, violent personal assaults or rape.

The individual relives the trauma through flashbacks and nightmares. They will start to avoid “triggers” or things that remind them of what happened. They may get intense emotions such as anger, sadness or fear, or they may start to feel estranged and detached from their environment and those in their social circle. It can also cause them to develop a negative and paranoid outlook on some or all people, relationships or specific ideas.

Veterans with PTSD are oftentimes in a persistent state of hyper-arousal – they always feel Jittery and anxious which causes them to find it very hard to relax. This, coupled with the nightmares, results in problems getting enough sleep.

They may try to get temporary relief from their symptoms by using drugs or drinking heavily which puts them at risk of developing an addiction.

The National Center for PTSD reports that 20% of veterans who have PTSD also struggle with Substance Abuse Disorder (SUD), most commonly alcohol abuse.

One study found that drunk driving among veterans has gone up by 60% since 2014. In San Diego they’re considering changing the legislation as to allow veterans to avoid DUI convictions as long as they complete a counseling program instead.

Getting a DUI can affect their chances of getting good jobs because of background checks or even getting a scholarship if they wish to continue their studies in order to pursue their career goals so, to avoid a conviction, veterans would need the services of a DUI attorney San Diego.

This diversion program might be a way for authorities to recognize that the problem is not going away on it’s own, especially given the statistics, and offering mental health services is more effective than punitive measures that might just put further strain on someone who is already having trouble dealing with everyday life and providing for their families.

The effects of PTSD and alcohol abuse are not only felt by the veterans, but also by those closes to them. Drinking is used a way of coping with the bad memories, getting some relief from the feeling of always being “on edge” and falling asleep more easily but, after prolonged use, it actually worsens all these symptoms and causes a lot of conflicts in their families, which unfortunately only makes them drink even more to deal with the stress.

The trauma and chemical changes in the brain produced by the body adjusting itself to the frequent presence of alcohol causes them to lash out, say hurtful things or become violent which drives their partners away. This in turn can lead to infidelity since they want to feel some sort of connection to someone else, someone that doesn’t know them and doesn’t have any expectation for them to be the way they used to before it all started.

Or the opposite can happen, the higher propensity towards hypervigilance and paranoid ideation can make them accuse their partners of infidelity.

This sort of turbulence in the family dynamic can be particularly hard on the children who have been waiting eagerly to reconnected with their parent. The feeling of disappointment and potential emotional abuse causes them to feel scared or lose respect for the authority of the recently returned veteran.

Most service members will avoid using illicit drugs in the military since they don’t want to risk a dishonorable discharge. With this being said, what they can do is abuse the prescription pain killers they get for injuries and/or binge drink.

The Defense Department has requested a study from the Institute of Medicine and found that both heavy drinking and prescription drug abuse is on the rise.

According to another survey, military personal, on average, spend more days drinking than any other profession. This happens both on the weekends and on weeknights, as a form of bonding among troops and as a way of dealing with the stress associated with military service in a socially accepted way.

When it comes to veterans who have comorbid PTSD and substance abuse disorder, they require an integrated treatment program which can take into account the interaction between the two co-occurring conditions.

The symptoms of PTSD can greatly amplify the symptoms of withdrawal which leads to a higher chance of relapse. At the same time, PTSD is often treated with anxiety medications, many of which are very addictive so to curb this risk, the mental health professionals in charge of their treatment would have to prescribe non-addictive antidepressants like Zoloft or Paxil.

Many veterans are already at risk of becoming addicted to the painkillers they take as a result of combat injuries. Just in 2009, military doctors issued around 3.8 million prescriptions for painkillers.

They have, however, more treatment options than the average civilian going through a rehab program, since they can seek mental health services through the Department of Veteran Affairs. This makes getting medications for withdrawal and inpatient/outpatient rehab programs much more affordable. The VA also offers one-on-one counseling, family counseling and group therapy.

Unfortunately, many avoid going through the VA since it takes much longer to get the help they need than through private treatment centers.