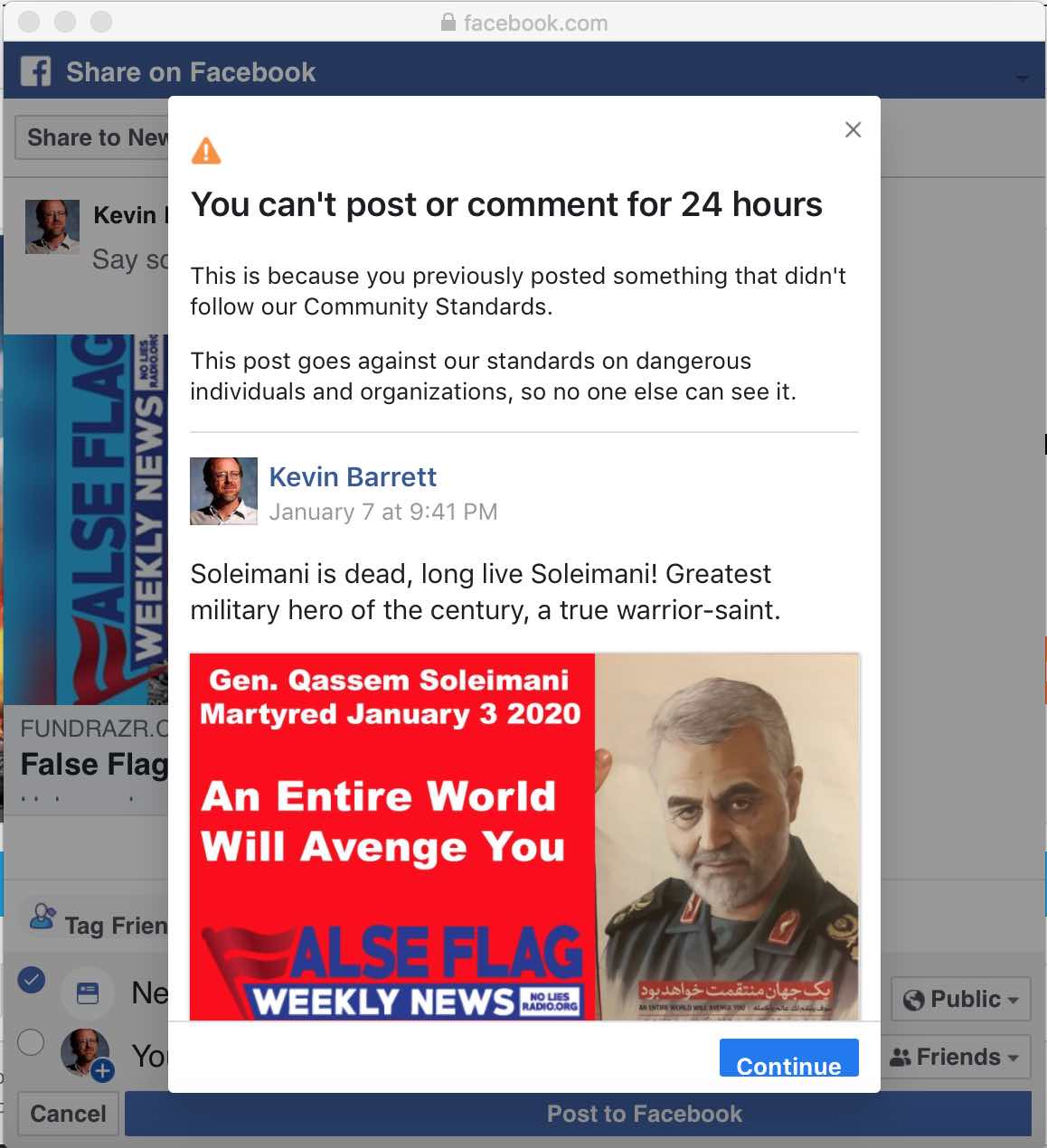 They are insane. Iran has not attacked another country in centuries (some say millennia). Gen. Soleimani, the man who defeated ISIS, by far the most popular man in Iran, was the greatest anti-terrorist commander in modern history.

Trump, who murdered Soleimani and repeatedly lied about the pretext—a narcissistic illiterate psychopathic nutjob with his finger on the nuclear button—is a dangerous individual. The US military—a pathetic bunch of lard-ass cowards afraid to fight face-to-face, but loaded with nukes and drones and worst of all Christian Zionists—is a dangerous organization.

Netanyahu—Jeffrey Epstein and Ghislaine Maxwell’s mob boss, who inserted Trump into the White House in order to get war with Iran—is a dangerous individual. And the IDF, much worse cowards than the Americans, very good at killing women and children, but ready to turn tail and flee any fair fight, is a dangerous organization.

Mark Zuckerberg may not agree with me. In fact, I’m sure he doesn’t. He is a well-known asshole and idiot. He’s a shill for Zionist genocide of the Palestinians. That’s why he hates Iran and Gen. Soleimani.

But Zuckerberg runs a platform that is a de facto public square, and therefore must respect the First Amendment. He has a right to post his idiotic, genocidal opinions, and I have a right to post more sensible ones.

By banning this post, Zuckerberg, you have committed treason against the Constitution of the United States of America.