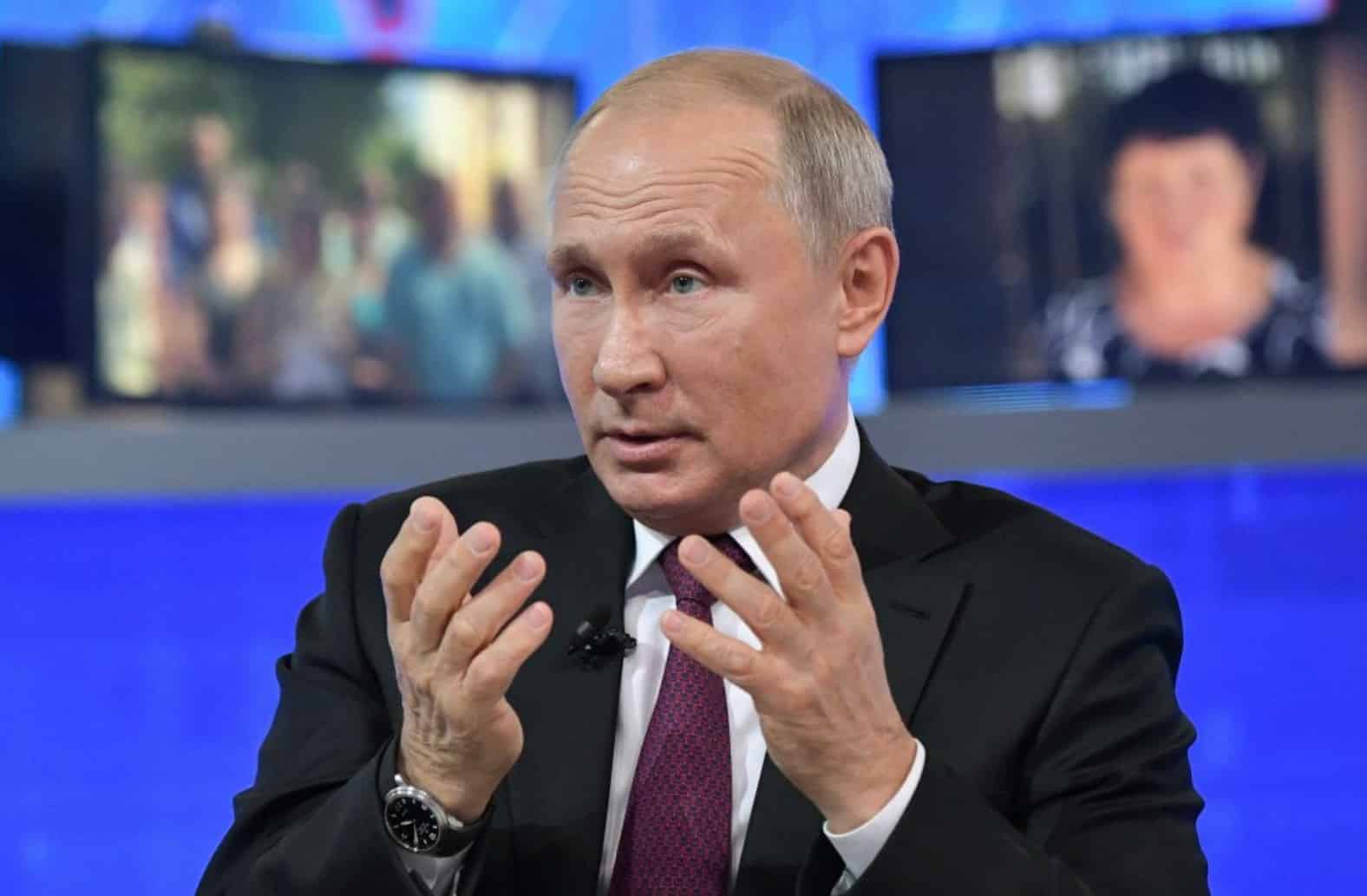 The following summary was written by my friend Ajay Goyal, a man who has lived in Russia since the late 80s if I remember correctly. Around the early millennium years, Ajay owned his own English-language news journal and operated it in Moscow. He has a great deal of experience with these issues and knows of what he writes about here. It adds an important perspective to new developments since Putin’s State of the Union:

In October 2000, three months after the Kursk submarine accident I sat down for over an hour-long interview with President Putin in the Kremlin. This was just a year after the default of 1998. Russia was reeling under an unprecedented series of crises. A major military offensive was underway in Chechnya and there was a heavy toll on Russian forces and civilians. The terror campaign against Russia was only just beginning.

My first question to Putin was about Russian democracy. Remember, western media was in a frenzy over his KGB past, smugly reporting the daily litany of unfolding disasters. He had already been equated to Stalin, all manner of conjecture and lies had been unleashed against him and the trust in Russia and its future was at an all-time low. Russians themselves did not know if the country would survive, let alone as a democracy.

My second question was about my own investment in Russian media and the internet. I had invested in and launched six dot-coms and three print papers in 1999. My friend Andrew Paulson was launching Afisha and had plans go into the mainstream. Moreover, I was considered friends with Nemtsov and uber-liberal reporters and journalists while my own position on several issues in direct contravention to theirs. I had taken Boris Nemtsov to India to ingratiate him with the Indian leadership before Putin was appointed .. so, yes I had some concerns if things would go awry. They did not. No matter what criticism my liberal columnists lobbed at Kremlin, we never got any grief. My access was never hindered. No one from kremlin ever complained to me why I published some of the staunchest Putin critics in my paper. I was always able to give the best of insights and reporting from Moscow.

This was the longest planned sit down I had with Putin. I had a faint recollection of my previous interactions with him in Saint Petersburg. But this meeting and my subsequent briefings in the following years by his close team members gave me a clear insight into how the man functioned. From that day on I never doubted that he was working with a singular goal of building a sustainable democratic state in Russia and his motives were never accumulation of power for power’s own sake. In short, I felt his commitment to democracy in Russia was very strong and his motives were noble.

To my questions about Russian democracy, his answer was firm and instinctive. “Democracy is irreversible,” he said and “there is no chance of a return to a totalitarian system in Russia.”

Western media has ceaselessly accused him of all manner of totalitarian and authoritarian tendencies. Those are rotten lies. Putin has been an authoritative figure and he accepted his historical role in preserving Russia and starting the process of nation-building.

Twenty years later, Russia is a new and an entirely different state from what it was in 1999.

The announcements Putin has made today are the culmination of a process during which many tactical decisions were taken by him that did not fit any narrative or historical precedence of building democratic institutions. But I believe he never took his eye off the ball and his commitment to democracy, to checks and balances, free and fair elections was always firm.

What he has announced today is strengthening of democratic institutions of Russia and creating checks and balances on presidential power, including limiting of Presidential terms. The constitutional changes proposed will be put to a national referendum – this shall set a precedent that constitution cannot be fiddled within the corridors of power.

Vladimir Putin has another four years to go in this last term. I do not believe this operation succession. His successor will not be brought in the manner he was appointed in 1999. The transition will be far more transparent, graceful and democratic.

We forget that Putin is perhaps the most liberal of all politicians that have taken the centre stage in Russia in the last three decades. Often, annoyingly so. But the truth his credentials as a nation builder and a truly tolerant man of the masses leader have proved stronger. He has preserved Russian sovereignty and now he is creating the constitutional framework and institutions that will be tested for the next four years will provide the checks-and-balances so needed for future of sovereign democracy in Russia.

I came back from my first big sit down with Putin in 2000 confident about the future of Russia. In subsequent years I understood his actions because I had learnt to see them from a perspective different from western media’s that has largely been intent and set on spreading propaganda, phobia, fear and lies about Russia and Putin.
I believe his speech today sets the stage of a modern progressive and prosperous new Russia that will be confident of its security, independent in its global policies of creating a sphere of peace in the whole region, and focussed on elimination of poverty and improvement of lives of its citizenry.

There is one more takeaway from his speech and decisions of today – you cannot trust any foreign correspondent and media narrative about Russia. The lies and fear they have spread about Putin for 20 years have been totally demolished today. They can’t help but lie today and then again tomorrow. But you have a choice to not believe a word coming from mainstream media about Russia and Putin of what is proved today to be not just fake news about Russia, but plain fake everything.