[ Editor’s Note: The Senate impeachment trial begins with Trump doubling down on the whole event by dissing it as “a complete hoax”. This could cost him the 2020 election with how the 39% current largest political group in the US, independent voters, view his dismissive attitude, in terms of his flipping the bird at the process.

The Senate Republicans could also destroy his chances of winning if they overtly try to rig the trial, which seems their intention via their crazy initial position for not calling any witnesses. I would bet that will really piss a lot of the public off.

Lev Parnaz, one of Guliani’s flunkies, not only made some damning statements yesterday but he has documentary evidence to support his claims. Trump made a huge mistake in claiming he did not know him.

VT’s Johnny Punish put the wooden stake through Trump’s denial that he never met Parnaz, with his large collection of photos of the two together that we published yesterday.

I suspect Trump Republican’s will try to squeeze Parnaz out of the witness list. But that would still leave the Democrats with a shot of filing a new impeachment charge based on the Parnaz material, or later in the year if they can get hold of Trump’s tax returns that he is desperately blocking from being released… JD ] 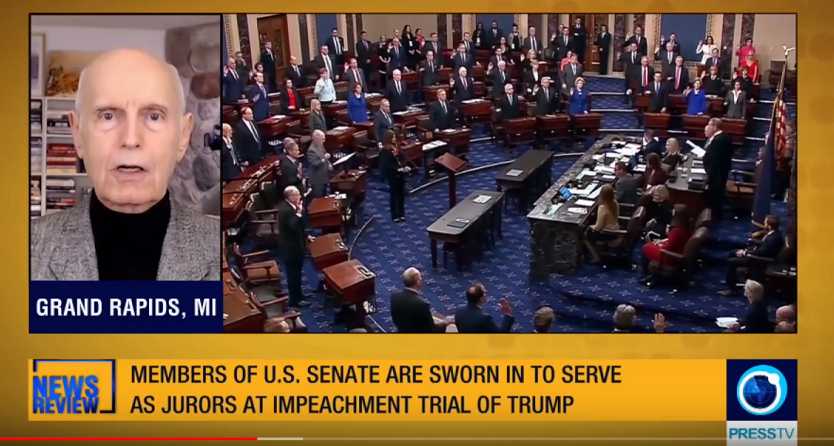