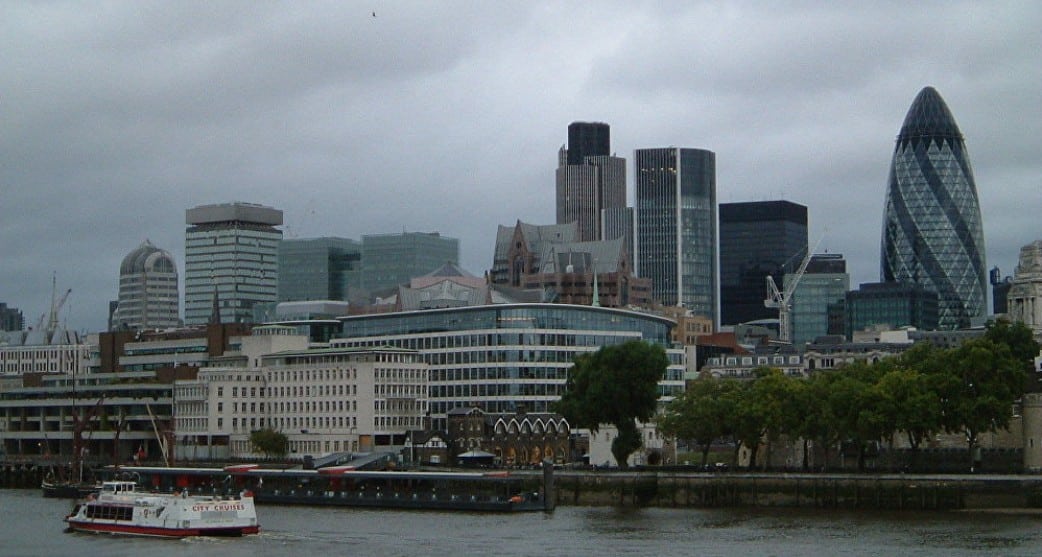 Britain is due to leave the European Union later this month but there is no sign of banks quitting the City of London, one of the main claims made by Remainers in the run-up to the Brexit referendum. But are the wheels of the City of London only kept turning by laundered money?

Nicholas Wilson, a financial services whistleblower who was fired by UK law firm, Weightmans, after exposing millions of pounds in unfair customer charges, claims the City of London relies on “dirty money” and says the world economy would collapse if the City stopped laundering it.

Mr. Wilson, a former litigation manager, said: “The EU wanted to tighten up on money laundering and the UK was the only country who voted against it.”

He said: “Capitalism relies on a swash of dirty money which is moved around and supports investment around the world.”

A report last year by the Centre for Banking Research at Cass Business School painted a rosy picture of the City of London post-Brexit.

The report’s co-author Professor Barbara Casu Lukac wrote: “London will continue to be a key player in the global financial services industry and capital markets following Brexit. However some of its operations, capabilities and margins will be affected by the long-term political regulatory uncertainty underlying the Brexit process.”

It comes in stark contrast to the dire utterances about the City’s future made by the then Chancellor, George Osborne, as part of his “Project Fear”, before the Brexit referendum in 2016.

After the referendum David Cameron resigned and was replaced by another Remainer, Theresa May, and when her efforts to push through a Brexit deal failed she was succeeded by Boris Johnson, who had been an enthusiastic supporter of leaving the European Union all along.

In June 2019, during the Conservative leadership contest, Boris Johnson bragged about how much he had done for the City of London.

Johnson renegotiated a new deal with the EU but the future of the City of London will be part of negotiations on trade later this year.

Banks will be able to continue providing services during the transition period, which will begin on 1 February, but they are due to lose their “passporting rights” which allow them to offer services to customers in the 27 European Union states.

One possible solution is that UK banks might have to set up a subsidiary in an EU member state and apply for a passport licence there.

FCA Chief Promoted But Was He ‘Asleep at the Wheel’?

Last month the government announced Andrew Bailey, the current head of the Financial Conduct Authority – the regulator which oversees financial services and markets in the UK – would take over as Governor of the Bank of England in March.

Mr Bailey said: “The Bank has a very important job and, as Governor, I will continue the work that Mark Carney has done to ensure that it has the public interest at the heart of everything it does. It is important to me that the Bank continues to work for the public by maintaining monetary and financial stability and ensuring that financial institutions are safe and sound.”

But Mr. Wilson said in the last 12 months Mr Bailey had failed on several high-profile scandals including the collapse of mini-bond firm London Capital and Finance, the implosion of Woodford Investment Management and the gating of the M&G Property Portfolio over liquidity issues.

He said: “He has certainly failed over many years on his handling of the HSBC fraud I first reported to the FSA in 2012.”

Mr. Wilson was fired after he pointed out HFC Bank, a subsidiary of HSBC, was illegally imposing a 16 per cent surcharge on customers who had defaulted on hire purchase credit payments and sub-prime loans.

In 2017 he won his battle against HSBC, who was forced to pay back more than £4 million to thousands of customers.

Then in 2019, another 18,500 victims were identified. HSBC has so far agreed to pay out £30 million and Mr. Wilson believes the total will eventually reach £200 million.

In March 2019 Adrian Hill, the former CEO of HFC Bank, drowned himself at his luxury home in Oxfordshire.

An inquest into his death heard had been suffering from stress was convinced he was going to be sent to prison as a result of the FCA investigation into HFC.

Mr. Wilson pointed out the Shadow Chancellor John McDonnell had said in Parliament on Wednesday, 8 January, Mr. Bailey’s record at the FCA should have been taken into account before he was appointed.

Mr McDonnell said Mr. Bailey had been “asleep at the wheel during his period of office at the FCA.”

The Chancellor, Sajid Javid, insisted Mr. Bailey was “an outstanding candidate, the standout candidate for being the next Governor of the Bank of England.”

‘UK Most Corrupt Country in the World’

In 2016 Italian journalist Roberto Saviano, who has spent most of his career investigating the mafia, claimed Britain was the most corrupt country in the world.

Saviano told an audience at the Hay-on-Wye Book Festival: “If I asked you what is the most corrupt place on Earth you might tell me well it’s Afghanistan, maybe Greece, Nigeria, the South of Italy and I will tell you it’s the UK. It’s not the bureaucracy, it’s not the police, it’s not the politics but what is corrupt is the financial capital. 90 percent of the owners of capital in London have their headquarters offshore.”

Mr. Wilson said: “I would agree with that. He is talking about the City of London. It is the money laundering capital of the world.”

​He said: “Nothing can be done to clean up the City of London. If any politician tried to dismantle the City of London the world economy would collapse. Drugs money was the only thing that kept the banks going during the 2008 financial crisis.”

In 2016 the Home Affairs Select Committee claimed £100 billion in illicit money was being laundered in the London property market every year.

Mr. Wilson said the bank with the worst reputation as HSBC which he said was implicated in 18 of the 25 top corruption scandals listed by the watchdog Transparency International last year. Rona Fairhead, a former director of HSBC, was also chair of the BBC Trust and is currently a member of the House of Lords. She was a government minister until May last year.

Mr. Wilson said the political and financial establishments were closely entwined and he said there have been numerous examples of former MPs and ministers going to work for banks and former bankers entering politics or influential jobs.

The City of London Corporation declined to comment and the Financial Conduct Authority, which was also approached, did not provide a comment.

The views and opinions expressed in the article do not necessarily reflect those of Sputnik.