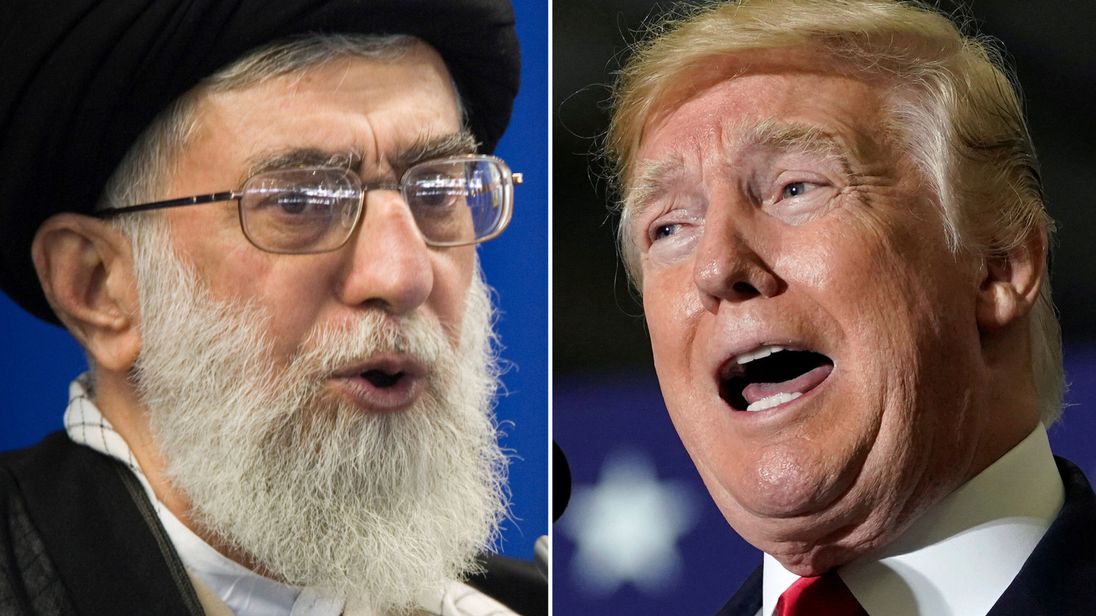 Ayatollah Ali Khamenei delivered a sermon a few days ago during which he declared that American leaders are nothing but “clowns,” and that Iran has the right to resist those clowns. Those clowns always appear that they want to help the Iranian people, but they covertly end up destroying what Iran stands for. Khamenei tweeted:

Iran, Khamenei continued, has the “spirit to slap an arrogant, aggressive global power.”

Trump, of course, proves that Khamenei was right all along. Like an emotional child who cannot string to coherent sentences together, Trump could not stand or sit still. He had to say something crazy, something weird, and something that doesn’t even line up with historical realities. This is Trump at his best:

“The so-called ‘Supreme Leader’ of Iran, who has not been so Supreme lately, had some nasty things to say about the United States and Europe. Their economy is crashing, and their people are suffering. He should be very careful with his words!

“The noble people of Iran—who love America—deserve a government that’s more interested in helping them achieve their dreams than killing them for demanding respect. Instead of leading Iran toward ruin, its leaders should abandon terror and Make Iran Great Again!”[1]

Did Trump read what Khamenei say carefully? Khamenei was not attacking decent Americans. He was attacking “the clowns” in the White House—politicians who always want to drink the blood of Iranians for Israel. If people doubt this, then they need to consider what Benjamin Netanyahu himself said in front of U.S. officials:

“If you want to advance regime change in Iran, you don’t have to go through the C.I.A. cloak-and-dagger stuff — what you want to do is take very large, very strong transponders and just beam ‘Melrose Place’ and ‘Beverly Hills 2050’ and all that into Tehran and into Iran, because that is subversive stuff. They watch it — the young kids watch it, the young people. They want to have the same nice clothes and the same houses and swimming pools and so on.”[2]

“Samson and Delilah is a good place to start. Israel was invincible military…so the Philistines decided to get the Israelite leader by other than military means. They seduced him sexually. Once Samson succumbed to Delilah’s wiles, he lost his power, and Israel lost its leader. He was no longer on the field of battle, but rather, to use Milton’s phrase, ‘eyeless in Gaza, grinding at the mill with slaves.’”[3]

So, Netanyahu did not lie this time. He knows precisely that sexual ideology is “subversive stuff,” and once a person succumbs to that stuff, he then becomes a slave to his oppressors.

So Khamenei was right. Israel and largely the United States present themselves as friends of the Iranian people, but Israel, in particular, wants to bring subversion in the country. Khamenei, therefore, was right on target when he called people like Trump clowns.