Thursday 1/23/2020 Hollywood, CA (9:14 am) is under attack again.  In plain sight, on the famed Sunset Blvd, a zombified public, glued face down to their cell phones,  sleepwalks under an obvious rain of terror. 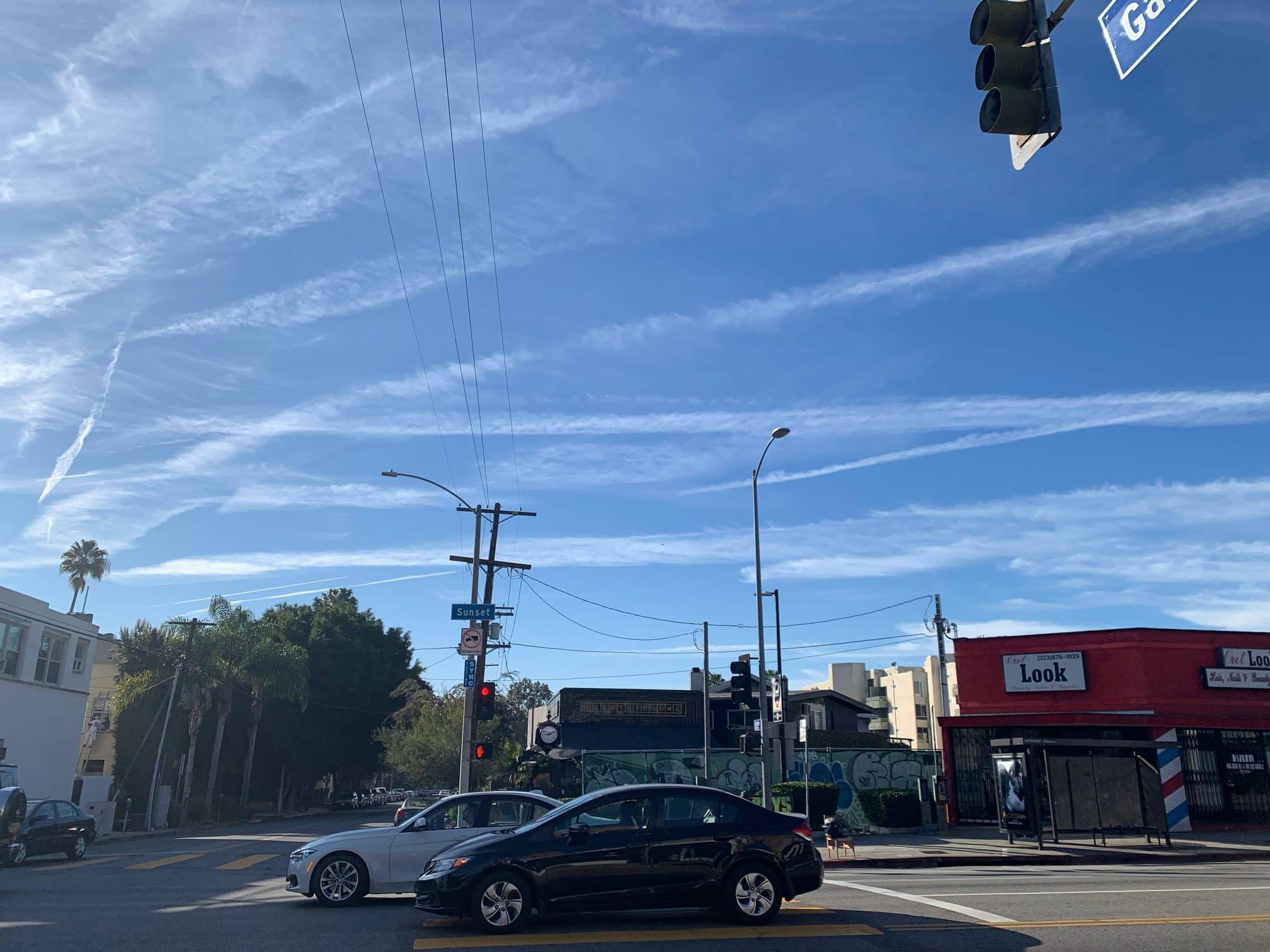 The Deep State, New World Order, Khazarian Mafia, Cabal or whatever name you wish to call these psychopaths use the obvious and in everyday plain sight barrage of chemtrails or geoengineering that rain down on each of us, our children, family,  friends, kindergarten, elementary, middle, high schools, colleges, universities, workplaces, farmlands, supermarkets, parks, recreational and every imaginable place as a daily litmus test to determine how asleep the public/humanity is and how far they can ultimately push their agendas of global enslavement and population control. 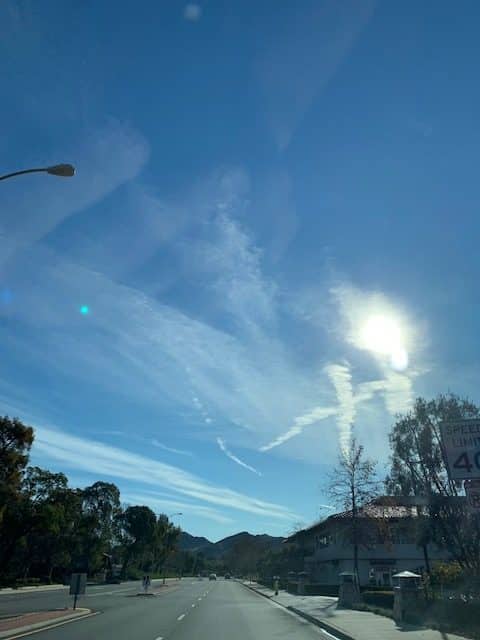 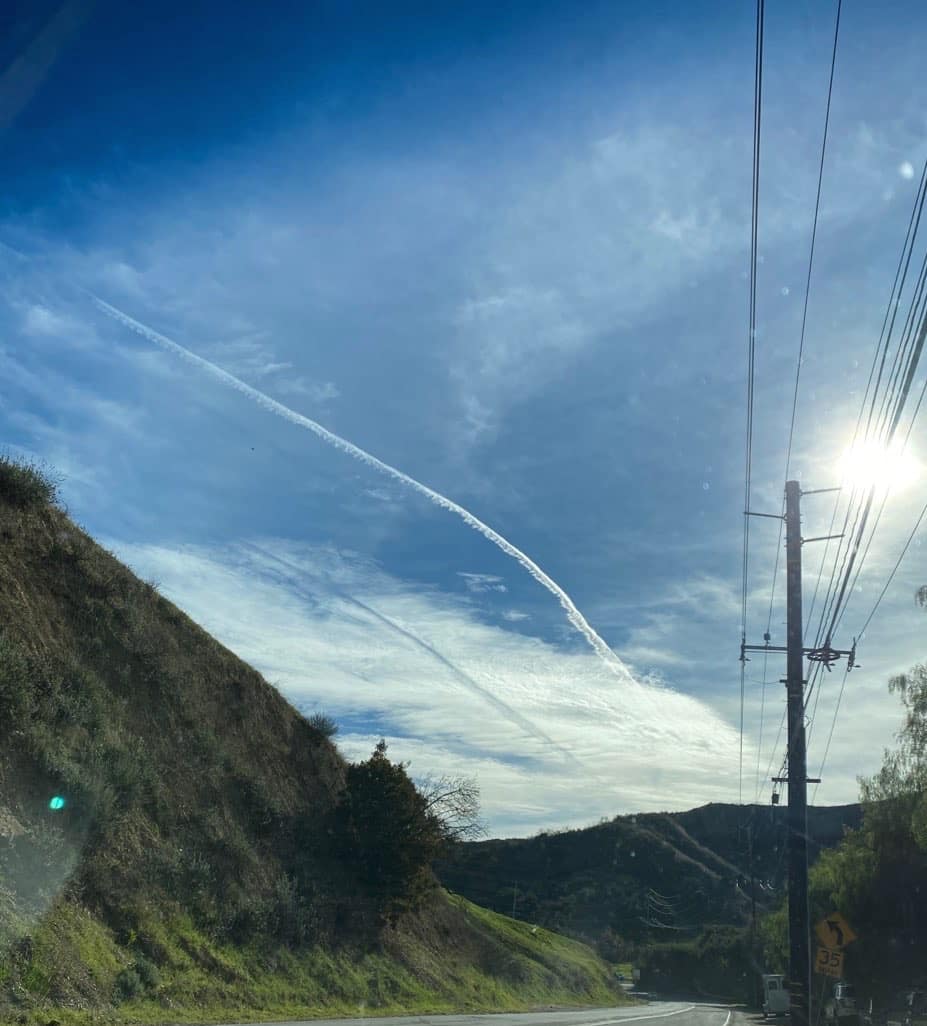 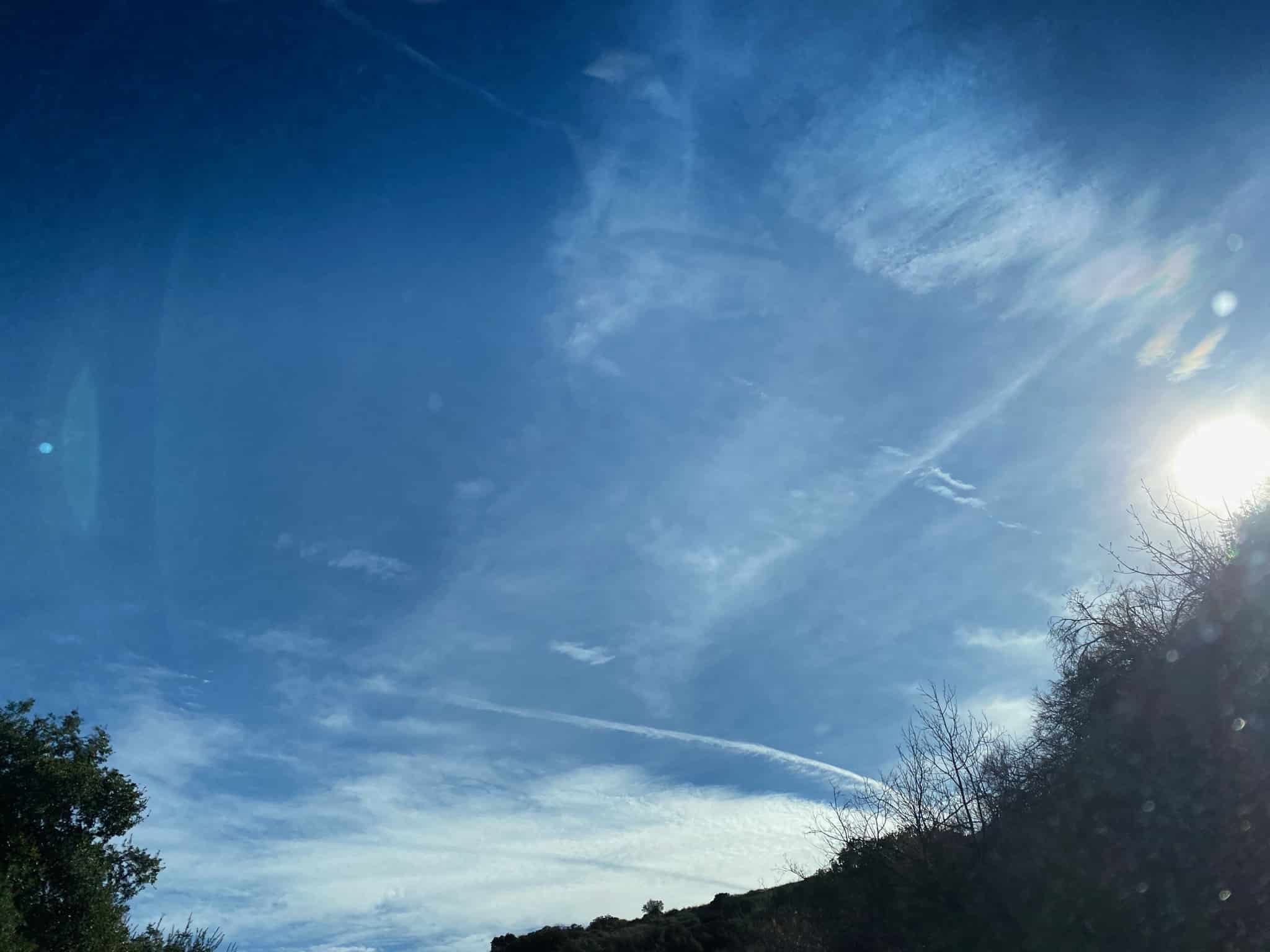 Read below the article below,  that some 15,000 plus people have already read to better understand the Monsters who are behind it all.

Here are some images from this past weekend (January 4-5, 2020) here in Los Angeles.

Los Angeles, CA under attack during this past weekend of August 3, 2019. Enough is Enough!

The Deep State, New World Order, Khazarian Mafia, Cabal or whatever name you wish to call these psychopaths use the obvious and in everyday plain sight barrage of chemtrails or geoengineering that rain down on each of us, our children, family,  friends, kindergarten, elementary, middle, high schools, colleges, universities, workplaces, farmlands, supermarkets, parks, recreational and every imaginable place as a daily litmus test to determine how asleep the public/humanity is and how far they can ultimately push their agendas of global enslavement and population control.

DR. EDWARD L. BERNAYS, the Founding Father of Public Relations:
“We are governed, our minds are molded, our tastes formed, our ideas suggested, largely by men we have never heard of… If we understand the mechanism and motives of the group mind, it is now possible to control and regiment the masses according to our will without them knowing it…
…The conscious and intellectual manipulation of the organized habits and opinions of the masses is an important element in a democratic society. Those who manipulate this unseen mechanism of society constitute an invisible government which is the true ruling power of our country.”

JOHN F. KENNEDY’S  speech before the American Newspaper Publishers Association on April 27, 1961 (some two years before his assassination):

“We are opposed around the world by a monolithic and ruthless conspiracy that relies on covert means for expanding its sphere of influence —-on infiltration instead of invasion, on subversion instead of election, on guerrillas by night instead of armies by day. It is a system that has conscripted vast human and material resources into the building of a
​tightly knit, highly efficient machine that combines military, diplomatic, intelligence, economic, scientific and political operations…
…Its preparations are concealed, not published. Its mistakes are buried, not headlined. Its dissenters are silenced, not praised. No expenditure is questioned, nor rumor printed, no secret revealed. It conducts the Cold War, in short, with a wartime discipline no democracy would ever hope or wish to match.”

To this end, we shall urge proposals extending the United Nations Charter to the limits of man’s exploration of the universe, reserving outer space for peaceful use, prohibiting weapons of mass destruction in space or on celestial bodies, and opening the mysteries and benefits of space to every nation. We shall propose further cooperative efforts between all nations in weather prediction and eventually in weather control. We shall propose, finally, a global system of communications satellites linking the whole world in telegraph and telephone and radio and television. The day need not be far away when such a system will televise the proceedings of this body to every corner of the world for the benefit of peace.

Dark Secrets of The Wizards of Oz and Your Hero Within (part 1 of 4)
Part I: The Spells of a Wicked Agenda

Dark Secrets of The Wizards of Oz and Your Hero Within (part 2 of 4)
Part II: Wizards of the Scofield Reference Bible, Israel’s Trojan Horse of Christian Mind Control

Dark Secrets of the Wizards of Oz and Your Hero Within (Part 3 of 4)
Part III: Wizards of Mind Control and Their Attempt at Full-Spectrum Dominance

Dark Secret of the Wizards of Oz and Your Hero With (Part 4 of 4)
Part IV:  Witches and Warlocks of Controlled Opposition, PSYOP and False Flag Deceptions