Home Military After 19 years U.S. admits it NEVER could have won in Afghanistan 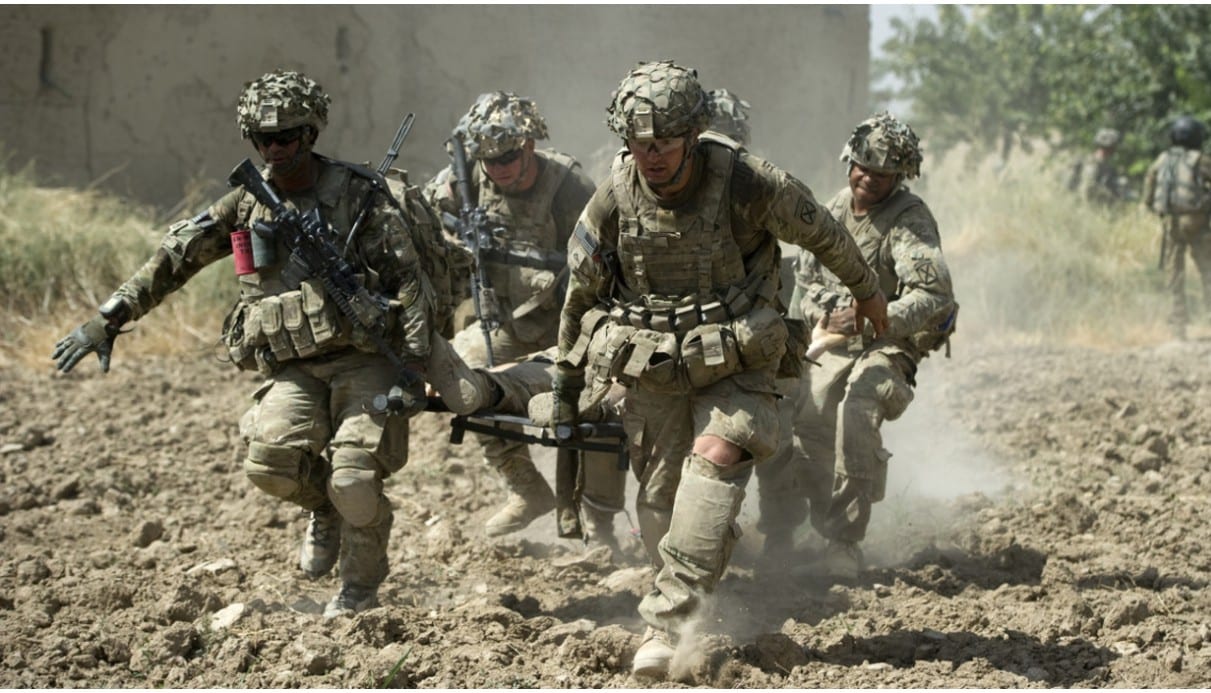 John F. Sopko, the Special Inspector for Afghanistan Reconstruction, testified before Congress this week that America’s Afghan War was plagued by “mendacity and lies.” But all honesty in the world couldn’t have won it for the US.

The recent publication by the Washington Post of more than 2,000 pages of “Lessons Learned” interviews, conducted by the Office of the Special Inspector General for Afghanistan Reconstruction (SIGAR), provided much-needed insight into the reality of that country’s war in Afghanistan, which is entering its nineteenth year.

The documents paint an unflattering picture of America at war, with the combined military and civilian leadership lacking a viable strategy for victory, leaving successive waves of American servicemen and women to deploy, fight, and return home, having achieved nothing. The publication of these documents prompted Sopko’s congressional testimony, which furthered an already damning indictment of perfidy and corruption.

The consequences of this failure of leadership, integrity, and imagination at the highest levels of the US government condemned tens of thousands of US service members who were killed, wounded or psychologically scarred by that conflict, in addition to the millions of Afghans similarly impacted by this conflict.

A case study in failure

There is no truth like ground truth. The experience of the 5th Stryker Brigade, 2nd Infantry Division serves as a case in point. Back in 2009, some 5,000 American soldiers of the brigade were engaged in a life-or-death struggle with the Taliban in and around the southern Afghan city of Kandahar.

Following his return to the United States, on August 10, 2010, the brigade’s commanding officer, Colonel Harry Tunnell IV, a West Point graduate and decorated combat veteran, wrote a letter to the Secretary of the Army, John McHugh, the words of which resonate greatly to this day.

“The main problem that we are having in the war today is not one of enemy capability,” Tunnell reported, but rather “a lack of professional competence.”

The heart of the accusations contained in Colonel Tunnell’s letter rest with his critique of the counterinsurgency (COIN) doctrine used by the US Army in Afghanistan, which in turn had its roots in the American experience in Iraq.

In 2005 the Army tasked Lieutenant General David Petraeus, a veteran of the Iraq war who commanded the Combined Arms Center at Fort Leavenworth, Kansas, responsible for developing doctrine for the US Army, to come up with a new counterinsurgency manual. The finished product, in the form of a counterinsurgency manual known as FM 3-24, was released on December 15, 2006.

Not everyone was impressed with Petraeus’ new manual. “The COIN doctrine,” Harry Tunnell observed in his letter to the Secretary of the Army, “consists of musings from amateurs, contractors, plagiarized journal articles, etc. It is not professional and relevant because it does not reflect the studied body of best practice–the concepts it promotes, in fact, contribute to needless American casualties.”

Upon assuming command of his Stryker Brigade in 2007, Colonel Tunnell immediately began preparing them for combat duty in Iraq. Within months of his scheduled deployment to Iraq, Colonel Tunnell was informed that his mission had changed, and the 5th Stryker Brigade would now be heading to Afghanistan as part of a “surge” of forces intended to replicate the success of the Iraqi “surge.”

Almost immediately, Colonel Tunnell found himself fighting a battle with the Army over how he planned to employ his brigade in combat. Tunnell had been preparing to fight in Iraq, where aggressive tactics were the order of the day. Now, with his men being ordered to Afghanistan, Tunnell found that the Army was fighting an altogether different kind of war, one dominated by the new COIN doctrine.

In February 2009, Tunnell took his brigade to the National Training Center (NTC), in Fort Irwin, California, to conduct final exercises prior to deploying to Afghanistan in July. The NTC staff, geared for preparing units to fight the new “counterinsurgency” battle envisioned by FM 3-24, were not prepared for the aggressive mindset Tunnell brought to the battlefield.

Tunnell explained his philosophy in his letter to Secretary McHugh. “The willingness to combat an enemy cannot be turned on and off like a light switch,” he wrote. Tunnell also reflected on his experience at NTC.

“I was continuously badgered to not conduct brigade maneuver live-fire training before deploying because NTC leaders deemed that we were already ‘too lethal’ of an organization,” Tunnell stated. “I am simply not familiar with the concept of an infantry brigade being too lethal.”

Deployed to Kandahar province on the eve of critical national elections, Tunnell’s brigade was tasked with securing the strategic Arghandab River Valley north of Kandahar city. Tunnell was informed that there were no more than 40 Taliban fighters in the valley, organized into small teams who specialized in planting improvised explosive devices (IEDs), or road bombs.

“The intelligence we were provided,” Tunnell later declared, “was very far off the mark.” Rather than 40 poorly organized individuals, Tunnell and his brigade were facing 400-500 heavily armed Taliban fighters organized to fight at the company level.

Over the course of the next few months, Tunnell’s brigade fought a series of bloody battles with a determined Taliban enemy, eventually gaining both control over the valley and the trust of the local inhabitants.

Despite his tactical and operational success, Tunnell’s aggressive style clashed with the COIN-centric philosophy of his immediate commander, a British Major General named Nick Carter.

Tunnell lambasted Carter and his staff for issuing orders “with nonsensical tactical tasks to ‘discombobulate’ the enemy or place them ‘on the horns of a dilemma’.” Carter and his staff, Tunnell observed, “display a dangerous insouciance towards operations.”

For the duration of his one-year tour in Afghanistan, Tunnell found himself on the cusp of being relieved of his command for the crime of simply being too aggressive. Harry Tunnell reflected on this clash of doctrine in his letter to Secretary McHugh.

“COIN has become such a restrictive dogma that it cannot be questioned,” he wrote. “Any professional discussion about its strengths and weaknesses is discouraged…this has created a dysfunctional and toxic leadership environment throughout our Army which has resulted in poor organization, unrealistic training, and indecisive battlefield performance.”

When five soldiers under Tunnell’s command committed a series of murders of Afghan civilians, his critics were quick to blame a “toxic leadership environment” brought on by Tunnell’s hyper-aggressive approach toward war.

An investigation subsequently cleared Tunnell of all wrongdoing. His Afghanistan experience, however, effectively ended his career. In July 2010, Colonel Tunnell led his brigade out of Afghanistan. He retired shortly thereafter.

The war which he and his men fought to win continues to this day.

About Author:  Scott Ritter is a former US Marine Corps intelligence officer. He served in the Soviet Union as an inspector implementing the INF Treaty, in General Schwarzkopf’s staff during the Gulf War, and from 1991-1998 as a UN weapons inspector.