The GOP senate, 100% mob-controlled has banned all video and voice recordings of the impeachment.  What few journalists will be allowed in will be cavity searched first and then silenced.

The public has no voice of any kind and every effort to create a fake narrative of events has been created.  Some reporters believe they are being followed, their hotel rooms bugged, their cars tracked and their devices hacked.

Others have said those around them, even family members, have been subject to “unusual happenings,” near-miss auto accidents, being shoved down in supermarkets or strange cars repeatedly driving past their homes, turning around in their driveways.

I was just watching the British series, Cobra.  It’s about a Prime Minister, played by Robert Carlysle, a favorite, and events tied to a solar storm that takes down power.  The bad guy is the Home Secretary who rails against immigrants, plays one side against the other and is cartoonish, two dimensional and “assahaulic,” a word I invented many years ago.

Watching this is supposed to make decent people angry at the poor behavior of corrupt and psychopathic politicians and note how easy it is to play to hooligans and the ignorant.

Then I stop.  Real-life in the US is a thousand times worse than this every day.  Impeachment has made it worse still.  The truth?

Trump is and always has been a criminal, a coward, a con man, a draft dodger, a chickenhawk who loves war and just went for his first one, head to head with Iran and got our asses kicked by the mullahs and their magic missiles.

Trump did it.  The 2016 election was rigged by the Deep State, not Russia and the Deep State invented Russiagate to cover for Israel, Turkey, and Saudi Arabia along with the Kosher Nostra mob and Federalist Society/Neocons who rigged the election.

From day one, Trump has been a humiliating piece of shit.

You see, there are millions, in fact, an easy majority of good, decent working people in the US who don’t belong to satanic phony Christian child rape cults that make up the mega-churches across the US, a gathering point for criminals and those easily controlled.

Simply put, Trump is guilty of everything he is charged with, none of it is political, he conspired with international criminals to blackmail a foreign leader into starting fake criminal investigations against his political opponents.

Trump tried to rig the 2020 presidential election and was caught, over and over, lying, obstructing justice, taking bribes, ordering illegal surveillance…so much more

His backers, since 1990 have been the Kosher Nostra mob, long documented, not just by us but other publications as well, lots of investigative journalism.  Supposedly no one cares, but that isn’t true. 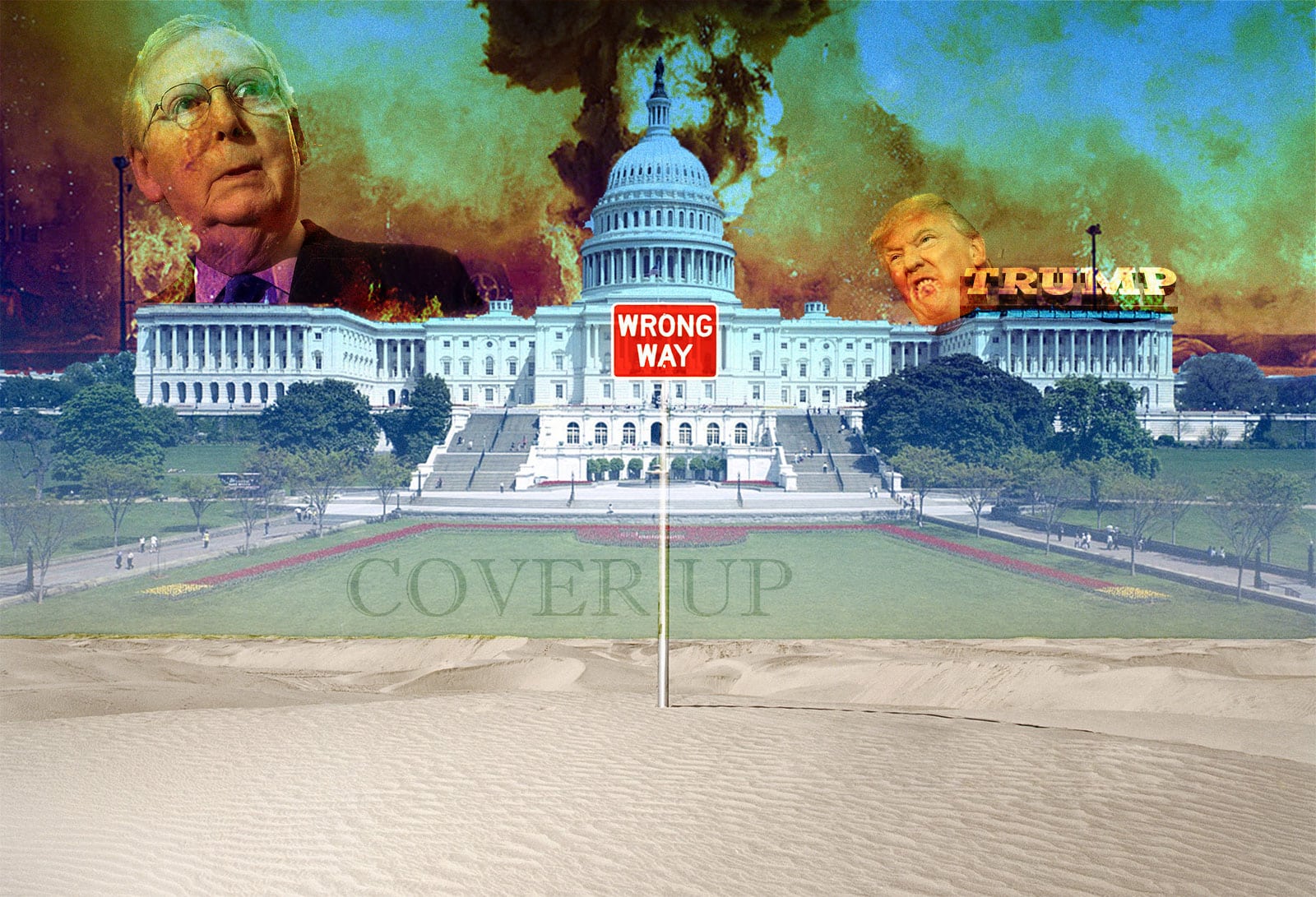 This is a pure dictatorship.

Real Americans are sick.  Even the Israeli press hates Trump.  Only the fake news and the Russian press defend him.

Here…we have the mob-controlled senate, flyover state losers who will eventually find themselves, when Americans rise up, in prison cells.

Until then, Americans will feel shame and anger, eroding rights, eroding standard of living, eroding justice, a nation run by incompetents and cowards, thieves and liars with the worst of them all in the White House.

The feeling of shame in America is so thick you can cut it with a knife.