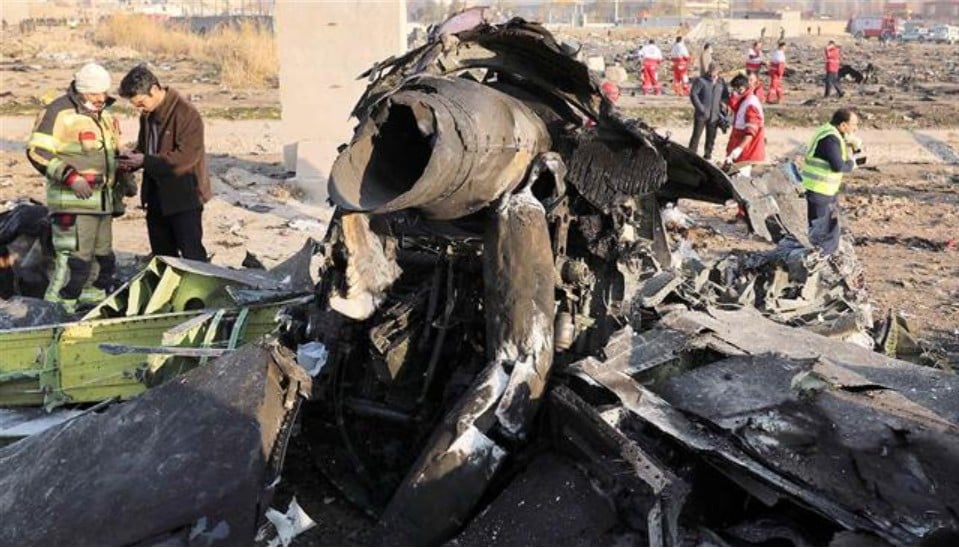 Ukraine International Airlines flight PS752 was accidentally shot down by a missile in Iran, on January 8, 2020.

A former CIA counter-terrorism specialist and military intelligence officer has raised the possibility of a cyber attack, carried out by the United States and possibly Israel, playing a part in the accidental shoot down of Ukraine International Airlines flight PS752 early this month.

“What seems to have been a case of bad judgments and human error does, however, include some elements that have yet to be explained,” Philip Giraldi argued in a recent article published by the American Herald Tribune.

“The Iranian missile operator reportedly experienced considerable ‘jamming’ and the planes transponder switched off and stopped transmitting several minutes before the missiles were launched. There were also problems with the communication network of the air defense command, which may have been related,” the former CIA specialist said.

The Ukrainian passenger plane crashed minutes after take-off near Tehran on January 8, killing all the 176 people on board.  Iran initially blamed the incident on technical failure but, as more information came to light, it announced that the plane was shot down by a missile due to “human error.”

At the time, Iran’s air defenses were on high alert after the country’s armed forces had launched a missile attack against two American bases in Iraq in retaliation for the US assassination in Baghdad of Lieutenant General Qassem Soleimani, commander of the IRGC’s Quds Force.

Iran: Ukrainian plane brought down ‘due to human error’

Iran says a Ukrainian plane which crashed outside Tehran this week had flown close to a sensitive military site and been brought down due to human error “at a time of crisis caused by US adventurism.”

Giraldi contended that the Iranian air defense system was likely placed in the manual operation mode as a result of the possible electronic jamming coming from an unknown source.

Meanwhile, the shutdown of the plane’s transponder, which would have sent signals informing the operator that the plane was civilian, indicated that it was hostile. The operator, who must have been briefed on the possibility of intruding American cruise missiles, had to decide in only seconds whether to shoot down the plane approaching a sensitive military site.

“Given what happened on that morning in Tehran, it is plausible to assume that something or someone deliberately interfered with both the Iranian air defenses and with the transponder on the airplane, possibly as part of an attempt to create an aviation accident that would be attributed to the Iranian government,” Giraldi said.

A senior Iranian military officer did not rule out a possible disruption of Iran’s radar network by the United States, causing the operator to mistake the Ukrainian airliner for a hostile cruise missile.

“Interference in the [defense] systems by the United States is not unprecedented,” Ali Abdollahi Aliabadi, coordinator deputy of the General Staff of Iran’s Armed Forces, said this week on national TV. “The Iranian cyber systems have identified and recorded virtual objects manufactured by the US in the country’s airspace.”

Acting Russian Foreign Minister Sergei Lavrov has said there is information that at least six American F-35 jets were “in the Iranian border area” at the time of the accident.

6 F-35 jets were reportedly on Iran’s borders at time of plane crash: Russia

Russia’s acting foreign minister says there is unverified information that six US F-35 jets were “in the Iranian border area” when a Ukrainian plane was accidentally downed by Iran.

“This information has yet to be verified, but I’d like to underline the edginess that always accompanies such situations,” Lavrov said on Friday.

Canadian Prime Minister Justin Trudeau has blamed the tragic accident on the escalating tensions between the US and Iran, which reached a boiling point following the assassination of General Soleimani by a US drone strike early this month.

“If there were no tensions, if there was no escalation recently in the region, those Canadians would be right now home with their families,” Trudeau told Canadian network Global National on Monday.

Fifty-seven Canadian citizens were on board the plane when it crashed.