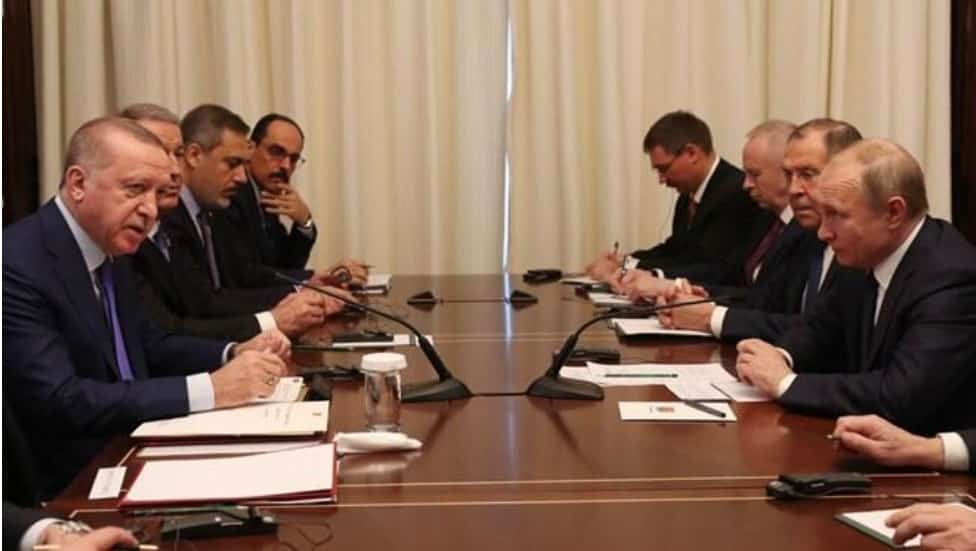 Russian President Vladimir Putin said full-scale hostilities in Libya have been discontinued. This statement was made by the Russian leader during a meeting with Turkish leader Tayyip Erdogan. Putin emphasized that the cessation of hostilities is a joint achievement of Russia and Turkey.

“You and I took a very good step during the meeting in Istanbul, urged the Libyan parties to cease fire, to cease hostilities. And despite the fact that certain incidents still occur, still both sides have heeded our call and large-scale military actions are stopped, “Putin told Erdogan.

The Russian president expressed hope for a complete cessation of the Libyan conflict in the near future.Читайте больше на https://www.pravda.ru/news/world/1467909-putin/ and from Turkey:

Hurriyet: President Recep Tayyip Erdoğan and his Russian counterpart Vladimir Putin met on Jan. 19 in Berlin ahead of Germany-led summit for Libya.

Erdoğan and Putin met in Berlin on the sidelines of the summit for Libya. The meeting started at 3 p.m. local time and lasted for about one hour.

Before his meeting with Putin, the Turkish president also met with his Algerian counterpart Abdelmadjid Tebboune.

“In order for Libya to achieve peace and calm, the acceptance of the ceasefire and the return to the political process should be ensured at the Berlin Summit,” Erdoğan said.

The president’s remarks came before his meeting with Putin.

“With our joint efforts, calm has been achieved but our initiative’s real fruit will be yield with the gathering of Berlin summit,” he said.

Ankara and Moscow on Jan. 8 issued a joint call on all parties to stop hostilities as of Jan. 12 after a bilateral meeting between Erdoğan and Putin.

Libya’s warring leaders made some progress at indirect peace talks in Moscow on Jan. 13 but failed to agree on an open-ended ceasefire to end a nine-month war over the capital Tripoli. The U.N.- recognized Government of National Accord (GNA) of Prime Minister Fayez al-Sarraj accepted the ceasefire yet Haftar left Moscow without signing the agreement.

Haftar and Sarraj last met in Abu Dhabi in February 2019 before talks broke down over a power-sharing deal and Haftar moved his troops on Tripoli in April, expanding his control beyond the east and south.

Çavuşoğlu and Pompeo on Jan. 19 also held a meeting before the summit. 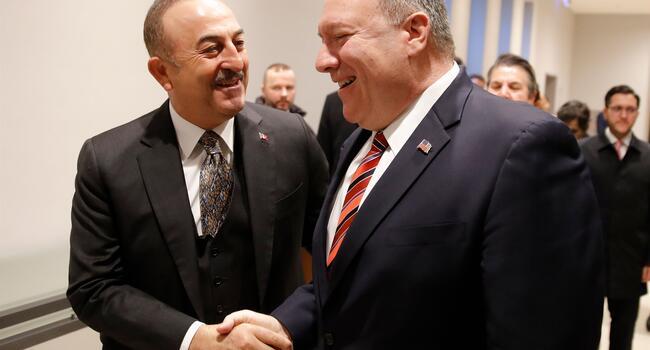 For his part, Russia’s Putin said Turkey and Russia has taken “serious steps” regarding developments in Syria, Libya and Iran.

“We are not losing hope if one of the parties do not sign the joint declaration,” Putin said.

“We will continue to solve the issue and will end this conflict,” he added.