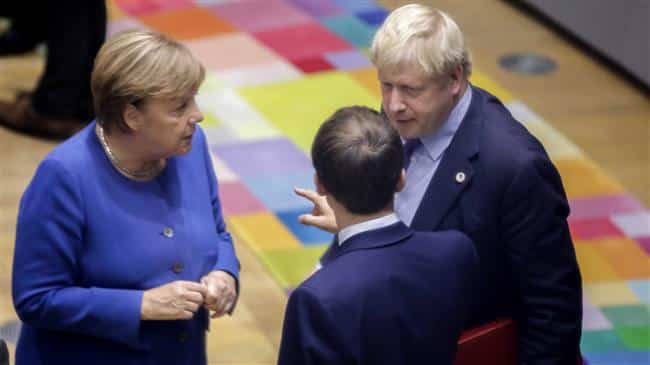 [ Editor’s Note: Iran has to have good lawyers when dealing with Westerners in future agreements. I had always been concerned that Trump’s walking away from agreements would spread to other nations to “equal the playing field”.

There will never be a shortage of $500 per hour lawyers in DC and London to advise a country on how to get out of an agreement, although they might discount that price if you have a large military, and/or nuclear weapons.

Iran has pulled a rabbit out of the hat today with the “we triggered the dispute mechanism first” move on the JCPOA chessboard. It will want to slow the process down, as other irons are in the fire that could eclipse this dispute, things like Pompeo ruling that foreign leadership assassinations could speed up the US unipolar regime change operations.

The E3 dragging out the INSTEX payment program was a strong indication that they thought other events like war would make the JCPOA a moot issue. Trump seems to have bent them over, using EU sanctions as an open-ended threat on EU foreign policy.

Maybe what we need is a bond mechanism for all past agreement violators, that they cannot be a party to a new one without the appropriate cash bond… Jim W. Dean ]

“We are now engaged in complicated legal discussions and Russia and China are of the same opinion. It was Iran that first resorted to Article 36 [of the JCPOA] and completed its application.

Therefore, logically, legally and even politically speaking, the European countries cannot take advantage of this article, because we have already done that and applied its mechanism in full,” Araqchi said while addressing a meeting at the Iranian Foreign Ministry’s School of International Relation on Sunday.

On January 14, the three European signatories to the Iran deal — France, Britain and Germany — formally triggered the dispute mechanism, which accuses Iran of violating the agreement and could lead to the restoration of the anti-Iran UN sanctions that had been lifted by the JCPOA.

Under the mechanism outlined in the deal, the EU would also inform the other parties — Russia and China as well as Iran itself. There would then be 15 days to resolve the differences through the JCPOA Joint Commission.

If not settlement is reached through the commission, the foreign ministers of involved countries will then discuss them for another 15 days. In case of need, an advisory board will be formed to help foreign ministers.

Elsewhere in his remarks, Iran’s deputy foreign minister said, the recent measure taken by three European countries is only aimed at dispute settlement and has nothing to do with restoration of UN sanctions against Tehran.

“The trigger mechanism, which may lead to restoration of the United Nations Security Council’s sanctions against Iran has not been started by the three countries,” Araqchi noted.

“They have only resorted to the dispute settlement mechanism as per Article 36 of the deal, while the trigger mechanism is enshrined in Article 37. Article 36 does not automatically lead to Article 37, though it can pave the way for its application,” the top Iranian diplomat added.

The US withdrew from the accord in 2018 and re-imposed its unilateral sanctions on Iran last May. Britain, France, and Germany, under Washington’s pressure, failed to protect Tehran’s business interests under the deal against the American bans.

This May, Iran began to gradually reduce its commitments under the JCPOA to both retaliate for Washington’s departure, and trigger the European trio to respect their obligations towards Tehran.

On January 5, Iran took a final step in reducing its commitments, and said it would no longer observe any operational limitations on its nuclear industry, whether concerning the capacity and level of uranium enrichment, the volume of stockpiled uranium or research and development.

Iranian Foreign Minister Mohammad Javad Zarif has denounced as a “strategic mistake” the European Union’s decision to activate the dispute mechanism, taking them to task for failing to abide by their commitments under the JCPOA, and saying that activating the dispute resolution mechanism is legally baseless and politically a strategic blunder.

In another development on Sunday, British Prime Minister Boris Johnson and French President Emmanuel Macron reiterated their commitment to the Iran nuclear deal and agreed that “a long-term framework” was needed, a Downing Street spokeswoman said.

In a statement after a meeting between Johnson and Macron on the sidelines of a Libya summit in Berlin, the spokeswoman said, “On Iran, the leaders reiterated their commitment to the JCPOA.”

“They agreed on the importance of de-escalation and of working with international partners to find a diplomatic way through the current tensions,” he added.