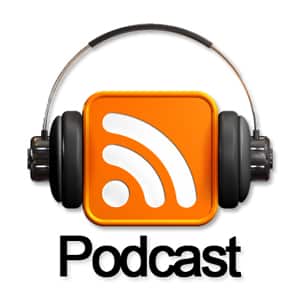 Background: During Bernie’s time as Chairman of the Senate Veterans’ Affairs Committee, a series of reports revealed that the Veterans Health Administration was failing veterans, leaving many to wait too long for care and putting lives in danger. Sanders worked with Sen. John McCain to successfully negotiate and pass a bill that invested billions into the VA system.

The landmark legislation authorized twenty-seven new medical facilities and provided $5 billion to hire more doctors and nurses to care for the surging number of veterans returning from the wars in Iraq and Afghanistan and those veterans from earlier eras in need of more complex care. Most recently, Sanders released his veterans’ agenda, called “Honoring Our Commitment to Veterans,” which will guarantee veterans the benefits and services they were promised, protect and expand disability benefits for veterans, guarantee justice for veterans and expand opportunities for veterans.

Pundits were left scratching their heads last fall when Foreign Policy reported that Bernie is the top recipient of donations from the military. But to longtime supporters of the Senator, it was no surprise: Bernie has a long record of fighting for the rights of US troops to health care, housing, and education – as well as keeping them out of endless, counterproductive wars in the first place.

In this week’s episode, Briahna talks to Kyle Bibby, co-founder of the Black Veterans Project and an organizer with Common Defense, about how time spent in military service can sway someone to the left. Then, she Skypes with Hector Barajas, a veteran who was deported despite his years of service and who founded the Deported Veterans Support House in Tijuana, Mexico.

An excerpt from the conversation between “Hear the Bern Host” and Bernie 2020 National Press Secretary, Briahna Joy Gray and Kyle Bibby who is speaking.

Full Version in the text of Podcast with Bernie Sanders

Hmm. Yeah. Um, well, first for the common defense, you know, are we, are, we’re mission-oriented. So we support candidates who support the issues we care about. It’s about organizing veterans. So we’re never the type of organization that’s going to look at a veteran and say, Oh, cool, you serve great. Like you’re, you’re, you’re our guy.

For us, it’s always gotta be about aligning to the worldview that is important to us and what we think will ultimately serve our veteran constituency. I do think it’s interesting how I guess the media has covered. People to judge and Tulsi Gabbard.

They also bring different things to the race. You know, Tulsi Gabbard is, is very critical of us presence overseas, right? People to judge somewhat, not, not really as much. I haven’t really followed so much necessarily how the media treats them differently, but I know that within the veteran’s space, they attract different types of vets. I’ll tell you that much. We joke about the word and the people that you usually see, the veterans you usually see on TV.

The veterans that. People like Bernie Sanders, Tulsi, Gabbard. Those folks are drawing and usually are a bit more progressive for progressive candidates. Those are the vets who got out and now they’re, you know, they’re in a union in like Wisconsin or, you know, like they’re the vets who they might’ve been a comms.

Tech in the Marine Corps and now they’re working on, you know, they’re like an electrician or whatever, you know. So that’s really the majority of the military. It’s not, you know, went to army war college for this many years. And granted we appreciate their perspectives as well.

But you know, if you want a good representation of what the military is actually thinking and what they’re doing and, and, and how they exist as veterans, you probably are going to find it more broadly in the type of supporters that, like Bernie Sanders and some of these other folks.