If insanity is doing the same thing over and over again while expecting different results, then the British Labour Party is institutionally insane and beyond recovery.

Labour’s leadership candidates didn’t learn a thing from their Party’s humiliating electoral defeat last month. Instead of returning to universal anti-racist politics consistent with so-called ‘Labour values,’ the compromised contenders for party leadership bow to the demands made by the Board of Deputies of British Jews, a self-elected pressure group that claims to represent 0.5% of the British public.  Our Labour leadership candidates have attended to whims uttered by a tiny privileged voice while ignoring at least 99.5% of the British public. ‘For the very few and no one else,’ falls short of describing this political suicide.

This weekend, Labour’s first leadership hustings in Liverpool provided another spectacular display of the candidates’ spineless and unprincipled behaviour. Each waited for his or her turn to utter embarrassing statements that they hoped would appease their party’s bitterest enemy. 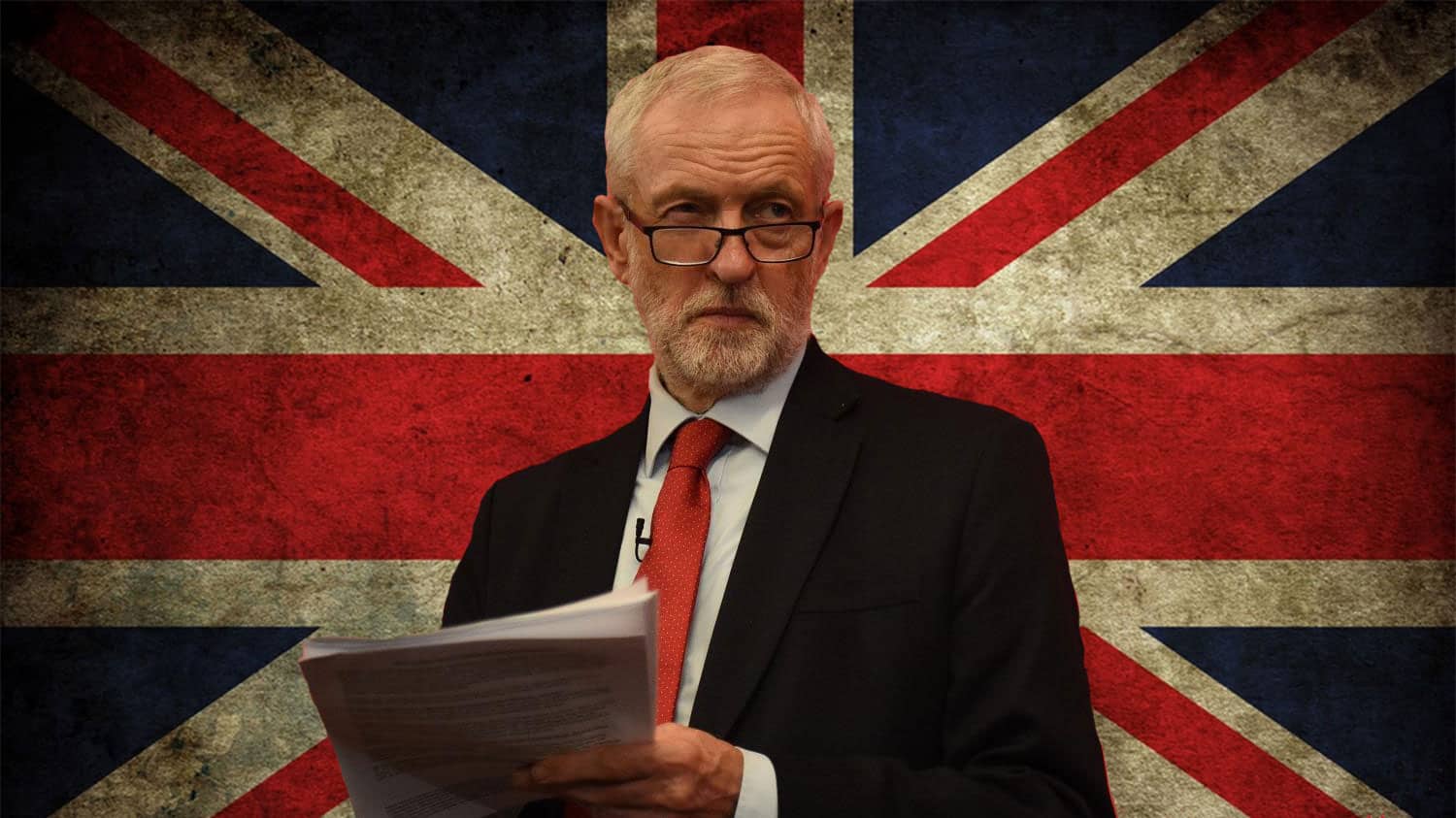 During the event, leadership candidate Jess Phillips took a furious swipe at her rivals’ ‘alleged silence over anti-Semitism.’ She claimed that Labour‘s failure on antisemitism had lost the party its “moral high ground” in the battle against racism. She referred in her comments to Rebecca Long-Bailey, Emily Thornberry and Sir Keir Starmer, who had all been part of Corbyn’s team.

Emily Thornberry, who just a week ago was on “her hands and knees” asking for Jewish “forgiveness,”  hit back at the accusations, saying she has always been clear that antisemitism “undermines us as a party.” Vowing to kick out so-called ‘antisemites,’ she said: “What the Israeli government is doing at the moment is completely unacceptable. But that is not the fault of the Jews.”

Someone should remind the ‘kneeling enthusiast’ that in his entire career, Corbyn never criticised Jews, Judaism or Jewishness.  He did criticise Israel and Zionism while making a clear distinction between Jews and Zionism. It is this critique of Israel and its politics that made Corbyn and the party ‘antisemitic’ in the eyes of the Zionist pressure groups. If Thornberry insists on getting on her hands and knees to ask for pardon, she ought to understand the ‘fault’ that has been attached to her party, otherwise, her conduct fits too well with the definition of insanity.

Frontrunner Sir Keir Starmer, candidate  Rebecca Long-Bailey and candidate Lisa Nandy all repeated the same line. Each vowed to repair Labour’s relationships with British Jews. There is nothing inherently wrong with altering the Party’s appeal to Jews but the leadership candidates must have failed to notice that Corbyn wasted his political energy as a Party leader trying to do just that.

In the early stages of his leadership, Corbyn’s popularity was the result of the false perception that he was an ideologically principled leader. It was Corbyn’s anti-war stand, opposition to Anglo-American imperialism and Zionism that so many liked. As time passed, it became clear that Corbyn, the person, had little or nothing in common with his revolutionary image.

The man zigzagged around every possible topic including antisemitism and Zionism, let alone Brexit. The man who at one stage was perceived as a ‘Left Icon’ publicly transformed into a caricature of a political ‘leftover.’ Corbyn lost the election because he was unfit to dwell in Number 10. The Brits realised that if Corbyn couldn’t handle a tiny foreign lobby, he would struggle to deal with Putin.

But there was a lesson entangled in Corbyn’s political demise.  When Corbyn showed a bit of willingness to resist the Lobby’s pressure, his public support grew dramatically.  Two weeks before the election, while being interviewed by BBC’s Andrew Neil, Corbyn refused to apologise to the Jewish community. He took a firm stand and upheld a universal anti-racist approach to discrimination.  The spike in the polls was immediate.

In some of the polls, Labour halved the gap with the Tories. At the time, I was sceptical about Corbyn’s bravery.  I thought his reaction was likely accidental. Perhaps he wasn’t prepared for the question and forgot to crawl on demand. It only took a few days before Corbyn and his shadow chancellor reverted to their usual apologetic take on the matter: the rest is history. Corbyn’s Labour suffered its worst electoral defeat in 84 years.

This week we learned that Labour’s leadership candidates haven’t learned a thing.  ‘Insanely’ they repeated Corbyn’s mistakes maybe expecting different results. Instead of producing a firm position consistent with their Party’s universal ideology, they competed to appease the whims and demands of one hostile foreign lobby.

As in every tragic story, there was a glimpse of hope: MP Diane Abbott reported in a tweet from the Liverpool hustings that “Richard Burgon gets the most applause of anyone at the Liverpool deputy leadership hustings for his thoughtful response on the anti-semitism issue.”

Watching Deputy leader candidate Richard Burgon comments reveals that his seemingly firm stand against the ‘antisemitism blitz,’ did indeed receive warm applause from the Labour party members in the room.

However, a careful listen to Burgon’s position clarifies that his stand on the issue is even more ridiculous than that of the other candidates. Burgon refuses to sign the BOD’s demands because he wants to work with the BOD as well as ‘all other Jewish organisations.” Burgon was referring particularly to the “minority within the minority, whether it would be LGBT Jewish people or Black Jewish people…”

The party that claimed to act for ‘the many not the few’ is now concerned with 5% (considered the demographics of sexual orientation and gender identity within western society) of the 0.5% of the entire British population. In mathematical terms,  Burgon rejects the BOD’s demands because he is concerned with a population that comprises 0.000025 of the country’s entire population. I haven’t bothered to look at the percentage of Black Jews in Britain as there is no indication that such a community exists or is at all organized in Britain. And if it does exist, it has yet to oppose the BOD’s alleged hegemony.

Rather than looking for a ‘minority within a minority’  to flirt with, Burgon and the Labour party would do well to reinstate the Party’s flat rejection of racism of all types. If such an approach comes short of satisfying the Israel Lobby, the Labour party is free to continue without their approval. This is the only meaning of acting as a true opposition party.

The Labour Party in its current form is an occupied zone. It is not occupied by Zionists, or Blairites, as we often hear, it is conquered by its own insanity.  The positive reaction to Burgon’s comments suggests that Labour supporters are still attuned to their party’s ideas. It is just the leadership that has drifted.