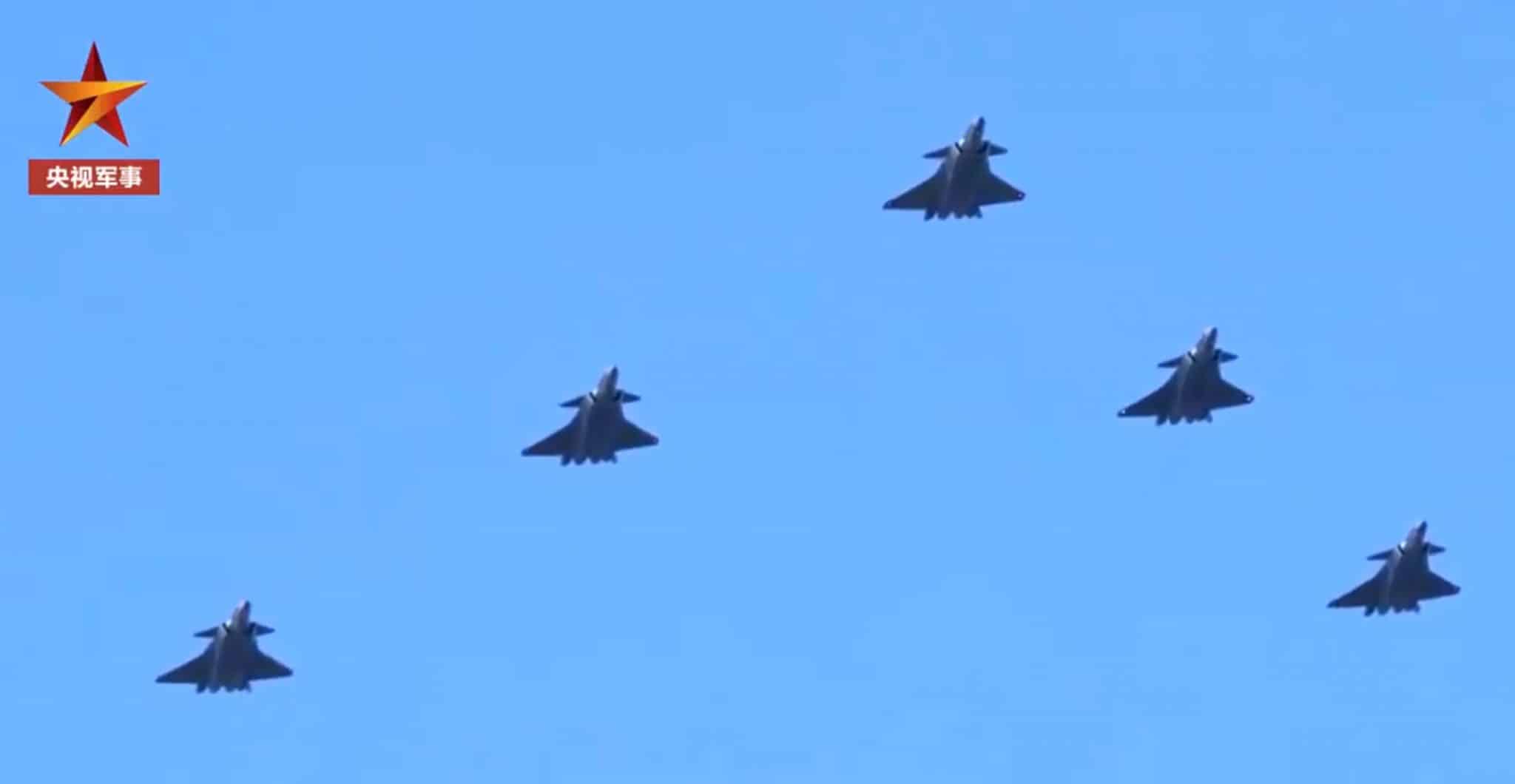 To commemorate the anniversary of the People’s Liberation Army Air Force’s first combat engagement, the service posted a video of its new J-20 “Weilong” stealth fighter locked in a high-speed dogfighting scenario with other advanced Chinese jets like the J-16 and J-10C.

On January 21, 1951, PLAAF pilots saw action for the first time in the skies over Korea when a Chinese squadron of Soviet-built MiG-15 fighters surprised four US Air Force F-84 Thunderjets dive-bombing bridges along the Chongchon River, engaging in a tense low-level dogfight that saw one MiG shot down and one Thunderjet damaged.

The newly formed People’s Republic of China had joined the war the previous October, sending the People’s Volunteer Army across the Yalu River to save the fledgling socialist state in North Korea and repay a debt incurred when Korean volunteers helped the PLA to victory over the Nationalists years prior. Their counterattack blunted the American advance, pushing them back into South Korea before reaching a truce in 1953.

The PLAAF paid homage to this legacy on Sunday, posting a video on its social media accounts showing two J-20 Weilong stealth aircraft dogfighting with three other advanced PLAAF jets, two J-16s, and one J-10C. The pilots hailed from the Wang Hai Air Group, a squad named after a Chinese ace who fought in the Korean War. 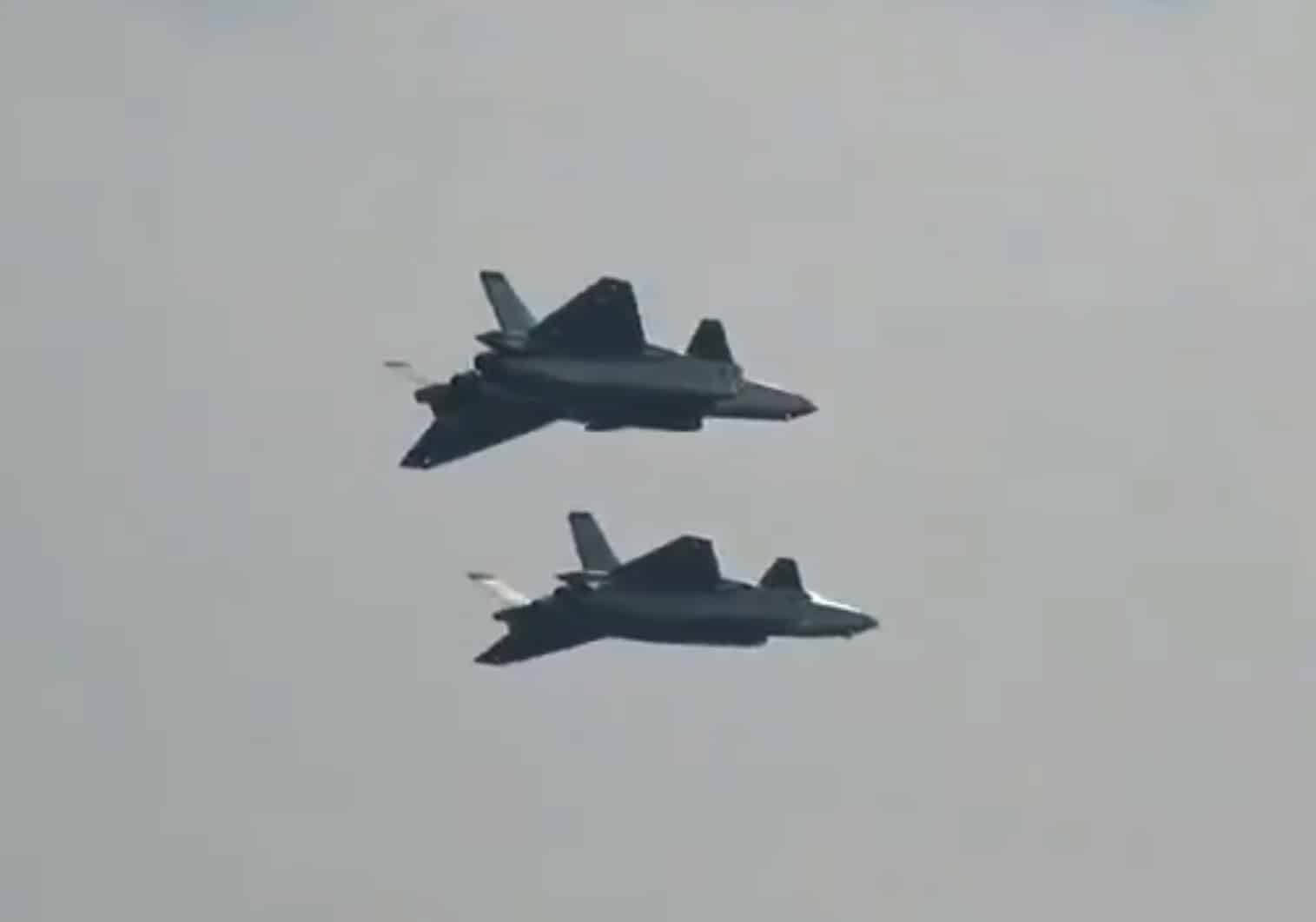 ​The Global Times also noted the video celebrates the upcoming Spring Festival, or what Westerners call the Chinese New Year, which is on January 25.

‘Three Musketeers of the Sky’

The trio of advanced jets are part of a new generation of PLAAF aircraft capable of going toe-to-toe with the most powerful militaries in the world; the Times noted they’re often referred to as the “three musketeers of the sky.”

Air defense expert Fu Qianshao told the Global Times on Monday that the drill was part of a new tactical program being explored by the Air Force to test the capabilities of the J-20.

However, the aircraft is capable of much greater feats than these drills are likely to show since reconstruction of its engines is still underway. Most J-20s continue to use either the Chinese WS-10B or Russian-built AL-31FM2/3 engines, both of which leave the jet underpowered compared to the WS-15 high-thrust turbofan engines that will one day power it through the skies.

According to Fu, the “three musketeers” share a great deal of advanced technology, including the same avionics systems and active electronically scanned array (AESA) radars. However, only the J-20 is a true stealth fighter in line with the US military’s F-22 or F-35 aircraft.

That doesn’t mean the J-10C and J-16 are anything to laugh at, though. The J-10C, built by Chengdu Aerospace Corporation just like the J-20, has been in service since 2006 and was developed as an answer to both Russia’s MiG-29 and the US Air Force’s F-16 fighters. The J-16 is based on Russia’s Su-30MKK and is painted with a radar-absorbent coating.

While the J-20 entered service with the PLAAF in March 2017 and is expected to become the “backbone” of its air combat capabilities, only a handful of the stealthy jets have actually been built. The South China Morning Post noted on Tuesday that Chengdu is only believed to be able to produce a single J-20 each month. Hong Kong-based military commentator Song Zhongping told the paper the Air Force is estimated to need between 100 and 200 in order to “maximize mission flexibility.”

By comparison, Lockheed Martin has vastly increased its output of the J-20’s primary competitor, the F-35 Lightning II, delivering 134 of the stealth aircraft last year. That’s a 47% increase over 2018.

Song told the SCMP that Beijing’s intent was to build J-20s in small batches, so as to be able to continually upgrade each block with the newest tech.

“When technological improvements are in place, for the second and third variants the production can be significantly sped up,” Song said.

Beijing has also been weighing developing a shorter version of the J-20 to become its next-generation carrier-based fighter, but as Sputnik reported, the jury is still out on whether it will select the FC-31, another stealth aircraft in development, or a completely different fighter.