VT seems to have touched the holy grail, as it were, of what we aren’t allowed to discuss.  When Wanta’s very real trillions disappeared, through the Federal Reserve Bank of New York (Guitner), it was the ESF that did it.

Every tax dollar, a dollar per gallon on gasoline, half what you pay for wheat products, sugar, meat, steel, aluminum, all run into Rothschild’s hands through the ESF and the Deep State.

Five videos explain it all in detail, rationally, factually, and as VT has always asserted, the US government is now and has been for some time, little more than middle management in a worldwide organized crime conspiracy.  The proof is before you.

Watch the 5 part video series titled “WHAT I HAVE BEEN AFRAID TO BLOG ABOUT: THE ESF AND ITS HISTORY”

Here’s why you should watch these five videos…

It is impossible to understand the world today without knowing what the ESF is and what it has been doing. Officially in charge of defending the dollar, the ESF is the government agency that controls the New York Fed, runs the CIA’s black budget, and is the architect of the world’s monetary system (IMF, World Bank, etc).

ESF financing (through the OSS and then the CIA) built up the worldwide propaganda network which has so badly distorted history today (including erasing awareness of its existence from popular consciousness).

It has been directly involved in virtually every major US fraud/scandal since its creation in 1934: the London gold pool, the Kennedy assassinations, Iran-Contra, CIA drug trafficking, HIV, and worse…

These five videos are the “answer” I have arrived at after three years of blogging on MarketSkeptics.com. They took me a month and a half to make (and months of research). You will not find the material covered anywhere else.

The Links to all the material covered can be found below the videos. I recommend following them and confirming the facts for yourself. 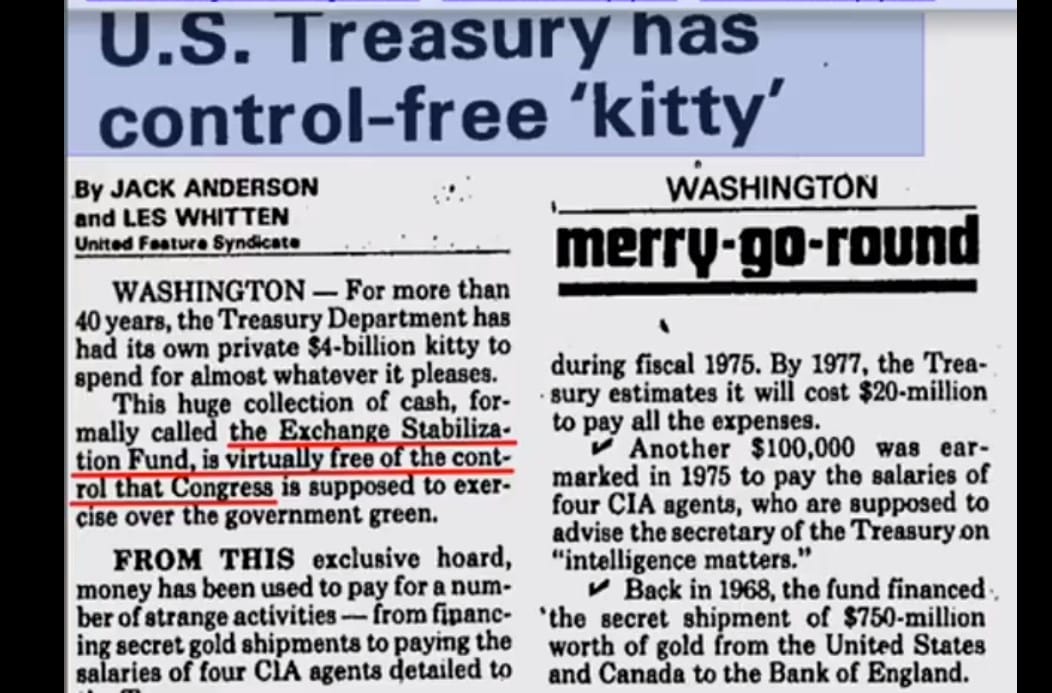