The mystery surrounding the SARS virus deepens. Dr. Mae-Wan Ho raises further questions on whether genetic engineering could have contributed to creating it.

The SARS epidemic started in the weeks that the ‘allied forces’ were waging war on Iraq to hunt down Saddam Hussein and his still elusive ‘weapons of mass destruction’.

SARS – Severe Acute Respiratory Syndrome – is a completely new infectious disease spread by human contact. By 20 June 2003, World Health Organisation figures registered 8461 cases in 31 countries worldwide and 804 deaths. The overall death rate is nearly 10% and could be 20% or higher.

Although there are signs that the disease is under control, there are also fears that it may return.

The mystery of the SARS virus

The World Health Organisation, which played the key role in coordinating the research of a dozen laboratories, formally announced on 16 April that a new pathogen, a member of the coronavirus family never before seen in humans, is the cause of SARS, though lingering doubt has remained. The virus cannot be identified all patients diagnosed with SARS, and it can only be isolated from cultured green monkey kidney cells.

The molecular phylogenies published 10 April in the New England Journal of Medicine, based on small fragments of the polymerase gene, have placed the SARS virus in a separate group somewhere between groups 2 and 3.

More detailed analysis, subsequently published in the New England Journal of Medicine, Science and the Lancet indicates that the new virus is not closely related to any known virus at all, human, mouse, bovine, cat, pig, bird, notwithstanding. It is neither a mutant that switched host nor a recombinant from existing coronaviruses. It is more complicated than that.

Two scientists who have genetic engineered coronaviruses in their laboratories, Holmes and Enjuanes, suggested in a commentary in the journal Science that the SARS virus probably “evolved separately from an ancestor of the known coronavirus, and infected an unidentified animal, bird, or reptile host for a very long time before infecting humans and starting the SARS epidemic.” (p.1377)

Following soon afterward, there was a claim that the SARS virus came from the masked civet cat in south China. But that claim could not be substantiated. An alternative hypothesis entertained in the mainstream journals was that the virus came from Outerspace.

There are very unusual features to the SARS virus. Its sequence most closely matches that of mouse hepatitis virus (MHV) and Bovine coronavirus (BCV), both in group 3. The match is quite good in the middle third of the genome that’s nearly 30 000nt long, and not good at all for the first third or last third of the sequence.

But, antibodies to the SARS virus cross-react with FIPV, HuCV229E, and TGEV, all in Group 1. And the SARS virus can grow in Vero green monkey kidney cells, which no other coronavirus can, with the exception of PEDV, another virus in Group 1.

Could the SARS virus have come from genetic engineering? This is a question that Ho and Cummins have put to the scientific community. So far, we have not had a proper reply. 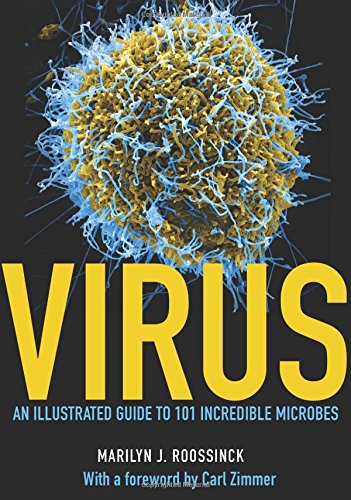 Holmes and Enjuanes stated in their commentary, “SARS-CoV is also unlikely to have been created from known coronaviruses by genetic engineering because at present it would be impossible to modify 50% of a coronavirus genome without abrogating viral infectivity.” (p.1377)

This is quite a feeble response. The whole point to genetic engineering is that it greatly increases the scope of recombination, and provides selective tools to find the most unlikely recombinants that are still infectious.

Coronaviruses have been subjected to increasing genetic manipulation since the latter half of the 1990s, when P.S. Masters in Wadsworth Center, New York State Department of Health and New York State University at Albany, used RNA recombination to introduce extensive changes into the genome of mouse hepatitis virus (MHV). In a review published in 1999, he wrote, “targeted recombination could be used to create extensive substitutions to the coronavirus genome, generating recombinants that could not be made otherwise between two viruses separated by a species barrier.” (p.254)

‘Defective interfering RNAs’ – sequences of the viral genome with large deletions as well as mutations and substitutions or insertions – were used as donor sequences to introduce major substitutions and point mutations into the genome of the viruses by RNA recombination.

In the course of such work, researchers have even isolated a recombinant of coronavirus with the green fluorescent protein (GFP) gene, presumably from cells in which coronaviruses have been cultured, which has become inserted into the spike protein gene. The GFP gene, originally from a jelly-fish, is extensively used in genetic engineering as a marker gene because it makes the cells that have taken up the foreign genes give off a green glow under UV light. The GFP-coronavirus recombinant could only have come about as an unintended by-product of genetic engineering.

In the same review, P.S. Masters showed that both point mutations and large substitutions can readily be transferred to the last third of the genome of MHV and other coronaviruses. He further indicated that similar strategies could be used to mutate and substitute the first third of the genome, though not for the middle third. “A comprehensive genetic study of the highly complex gene for the RNA polymerase and all of its associated activities [encoded by the middle third of the genome] will likely await either the construction of an infectious full-length clone or the development of an innovative scheme for mutant selection.” (p.259)

Is that why the middle third of the SARS virus genome has retained good homology to MHV and BCV, which were the first coronaviruses to be engineered in this manner, while the other parts are much more different?

Another feature of the SARS virus is that the spike protein, which determines the host range, is unlike the spike protein of any known coronavirus. Instead, it appears to have homologies to segments of the human chromosome 7, according to sequence analysis performed by Howard Urnovitz.

Urnovitz believes that the spike protein of the SARS virus is the result of genetic rearrangements provoked by environmental genotoxic agents, much like those he and his colleagues have detected in Gulf War I veterans suffering from Gulf War Syndrome.

But how did the virus get to south China? A possible answer was provided by Urnovitz: Migratory birds that frequent gene-swapping hot spots like southeast China could have carried the SARS virus there.

Urnovitz himself doesn’t think the SARS virus is the real cause of SARS. Instead, it is the piece of reshuffled human chromosome 7 that others are referring to as the spike protein gene of the SARS virus. That alone is sufficient to trigger serious autoimmune responses in people.

Hence, to create vaccines against that ‘spike’ protein is also tantamount to vaccinating people against their own genes (see “Dynamic genomics“, this series).

Spillover: Animal Infections and the Next Human Pandemic

Israeli Annexation Explained: What Is Netanyahu Planning for the West Bank and What Does...

When Israel Placed Arabs in Ghettos Fenced by Barbed Wire

Check Junk Mail: It Could Hold Your Stimulus Payment

After Failure of COVID-19 Bioweapon, Trumps Turns to India As Weapon...