Russian representatives disassembled the theory about the alleged chemical attack in the Syrian city of Duma 2018 in front of the UN Security Council in New York. They not only pointed out all the contradictions and their own investigation results but also backed them up with graphics and pictures. Conclusions in the OPCW report would simply ignore important results and facts that do not fit into the picture that the Syrian government uses chemical weapons.

This conclusion contradicts the observations of Russian military experts, who were certain that the [chlorine] containers of militants were placed in the premises by hand for provocative purposes.

What exactly speaks for placement by hand? You can find detailed information and images here: Poison gas in Syria: OPCW answers Russia and continues to get involved in contradictions

The Russian representative again pointed out that the people who were presented as victims of poison gas in the video recordings of the white helmets could be found on the spot, alive and well. And they confirmed that nobody had poisoned them. He goes on to state that the so-called “independent reports” of the OPCW completely ignored the statements made by these people and “a conclusion was drawn that indicates the use of chlorine as a so-called chemical weapon”.

The Syrian government forces and the Russian military police were in Duma a few days after the so-called ‘chemical attack’ to find the Syrians who were shown in the video of the white helmets as the so-called victims of the toxic substances. It turned out that nobody had poisoned her with anything. However, they became tools for another provocative staging of the white helmets. These 13 people, including the little boy Hasan Diab, explained everything at a special meeting on April 26, 2018, at the OPCW headquarters. After that, this unfortunate video suddenly disappeared and the media in the western states tried not to remember it. It should be noted that the same situation happened with the photos of the allegedly poisoned children in Khan Sheikhun. There were these photos 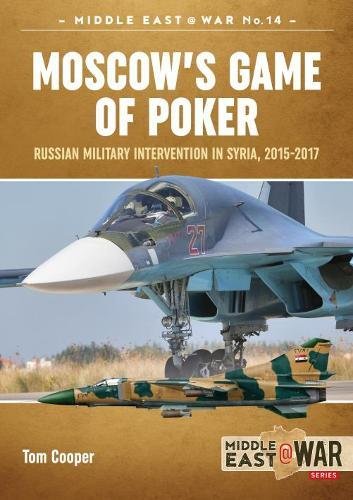 A video explanation by former OPCW inspector Ian Henderson was also shown. He was invited by Chinese UN officials. His visa application to attend the meeting in person was rejected by the United States. The longtime and senior investigator of the organization for the ban on chemical weapons also testified that the scientific evidence indicates that no gas attack took place in Duma, Syria in April 2018.

As he explains, he was part of the fact-finding mission (FFM), which carried out the on-site investigation for the OPCW, in this case in Duma. Then a new concept of the so-called FFM core team was announced by the OPCW management in July 2018, which essentially resulted in the dismissal of all inspectors who were on the team that had been deployed at the Duma locations and continued to monitor their results and analyzes would have”. The scientific investigations of his group went unnoticed. Instead, the OPCW submitted another report that completely contradicted its findings.

The results in the final FFM report were contradictory and were a complete reversal of what the team had gathered together during and after the Duma operations. And at the time of the release of the interim report in July 2018, we felt that we had serious concerns that a chemical attack had occurred. In my case, I had carried out technical and ballistic studies on these cylinders for another six months, the results of which further supported the view that there had been no chemical attack.

The Security Council meeting was convened by Russia’s Permanent Representative to the UN, Vasily Nebensya, to discuss the report on the alleged chemical attack on Duma by the Organization for the Prohibition of Chemical Weapons (OPCW) in April 2018. He pointed out that these alleged chemical weapons attacks in Khan Sheikhun and Duma served as legitimacy for the United States, France, and the United Kingdom to attack Syria.

Syria gave up its chemical arsenals between 2013 and 2014 and became a member of the OPCW, but it continues to be accused of using chemical weapons against its own population. Our repeated questions about the benefits of this to the Syrian government on the battlefield, especially in a situation where it has already won the war on terrorism and was least interested in provoking the fire against itself, remain unanswered.