Home World Why Moscow is Invulnerable to US Missile Attack 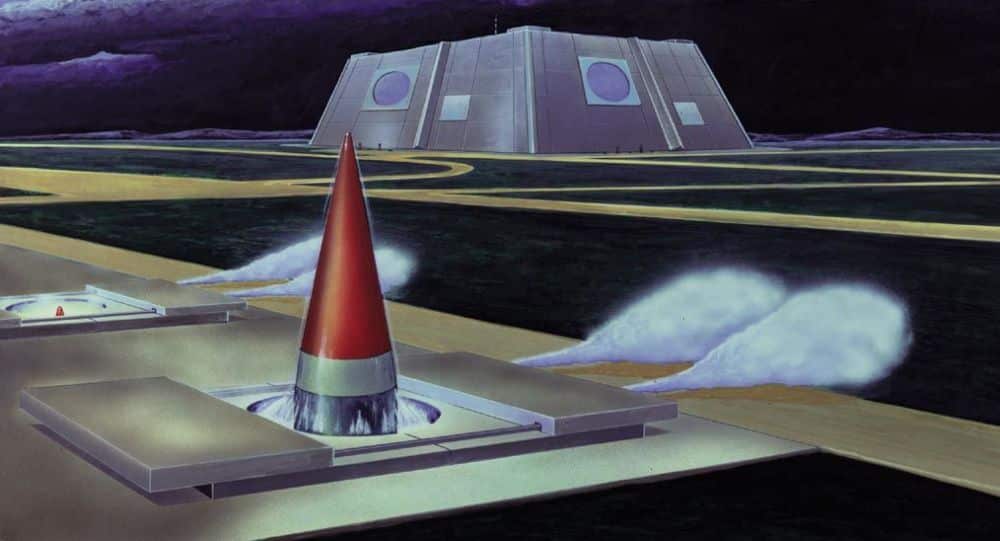 Sputnik/Moscow: The Russian capital’s air and missile defence system is one of the most sophisticated in the world, and includes a dense layer of anti-aircraft missile launchers, interceptor systems, and a unique tetrahedral truncated pyramid radio-radar station so powerful it can detect space debris.

In the event of an enemy attack, Moscow’s air defences would intercept and destroy enemy missile targets in the space of less than a minute, missile defence forces commander Maj. Gen. Sergei Grabchuk has revealed.

In an interview with Krasnaya Zvezda, the officer explained that, in the first place, Russia’s global missile launch detection network would calculate enemy missiles’ projected targets, taking account of warheads and potential dummy warheads. “Such a complex ballistic target moves toward the defended object at speeds of up to seven kilometres per second,” he noted.

Then, if the target is Moscow, the missile attack warning system “forms target designations for the missile defence system, which begins its combat cycle.” 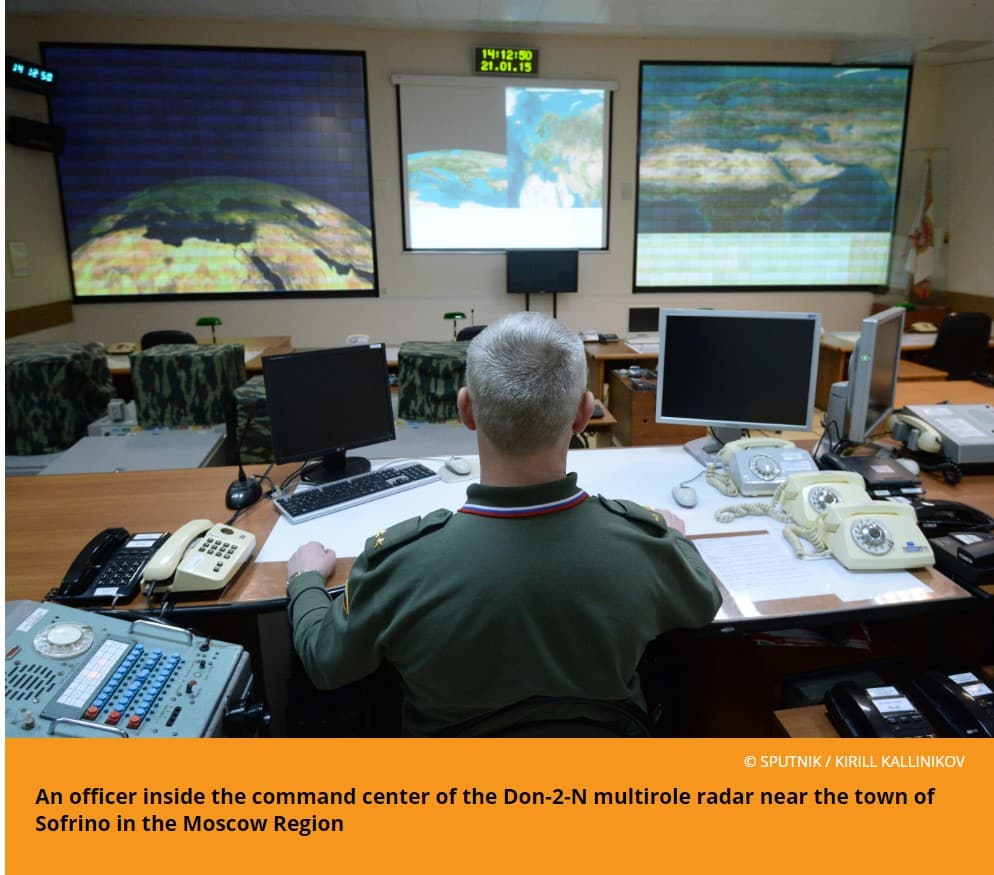 “The duration of the combat operations of the missile defences takes up several dozen minutes. Target selection is carried out at ranges of several thousand kilometres. At the same time, the task of isolating warheads from false [dummy] targets and the clarification of their trajectories is continuously updated,” with anti-missiles launched and guided to the interception point, “where the destruction of warheads take place.”

When all is said and done, Grabchuk noted, “the missile defence battle is short-lived, and can last less than a minute.”

Grabchuk also commented on the Don-2N radar, the unique, large missile defence and early warning scanned array radar outside Moscow, which serves as a key component of the A-135 anti-ballistic missile system.

The commander noted that this radar is capable of detecting ballistic and space targets, determining their coordinates, analyzing the composition of large, complex targets and providing guidance to anti-missile interceptors. “It’s capable of providing the simultaneous overview of the entire upper hemisphere at a range of several thousand kilometres,” he said.

At the Sary-Shagan test site (Republic of Kazakhstan), the air and missile defence forces of the Aerospace Forces successfully conducted a new test launch of a modernized missile of the Russian ABM system. #MoD #Aerospace_Forces #Missile_Defence #Kazakhstan #SaryShagan pic.twitter.com/mFle4QLyc4

The system complex enough to separate warheads from dummy targets, and is resistant to active jamming. According to Grabchuk, the Don-2N “has no analogues in the world.” Moreover, in addition to detecting ballistic missile launches, the system has a purpose in peacetime, and engages in the monitoring of space, detecting and tracking space-based objects, collecting a variety of information and determining orbits to help ensure the safety of the International Space Station, various spacecraft, space pollution and debris, etc.

Russia’s dense layered early warning systems include an entire complex of ground-based early warning radar systems (including the Don-2N, Daryal, Volga and Voronezh-class radar systems, along with space-based groups of satellites in high elliptical and geostationary orbit. While the A-135 anti-missile system helps to guard Moscow, the capital and the rest of the country are also protected by hundreds of S-400s and S-300 mobile missile defence systems, which also have anti-ballistic missile capabilities, and other mobile and stationary systems. 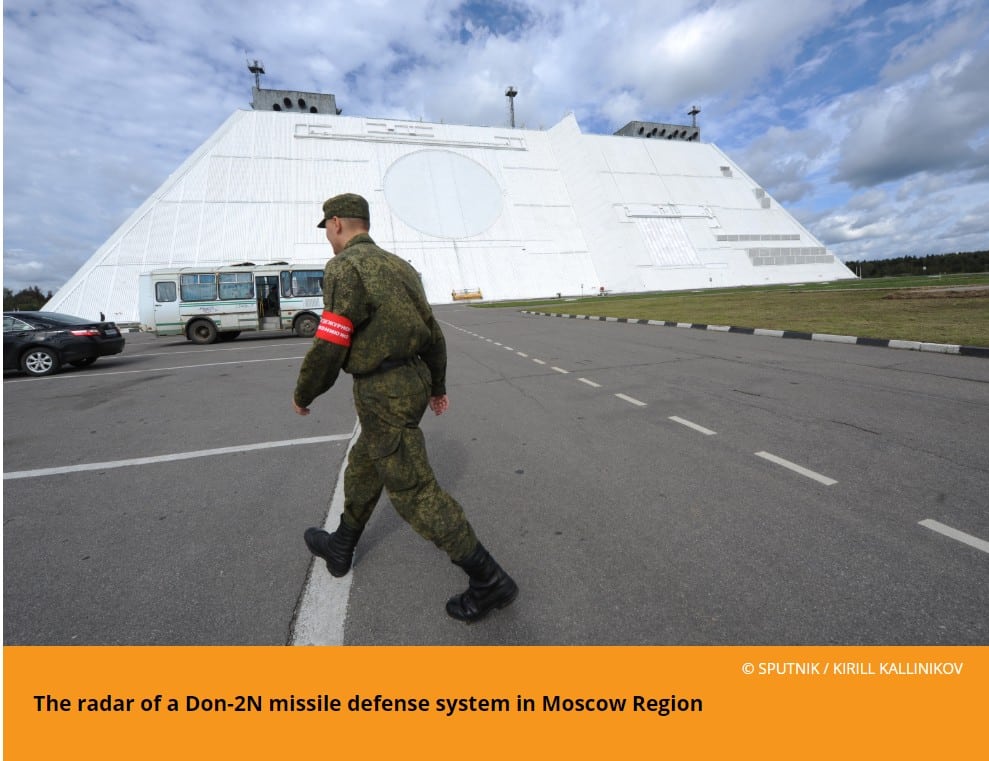 In the coming years, the A-135 is expected to be replaced by the A-235 Nudol, a next-gen missile defence system whose development began in the Soviet period but was scrapped in the 1990s before being restarted in 2011.

Although publicly available information about its capabilities remains limited, the new system is expected to have a longer range and increased accuracy. In the meanwhile, the S-500 air and missile defence system, whose production for testing by the military is expected to start later this year, will help shore up defences.

That mobile system will have the capability of destroying up to 10 ballistic targets simultaneously and is thought to include capabilities against hypersonic missiles.