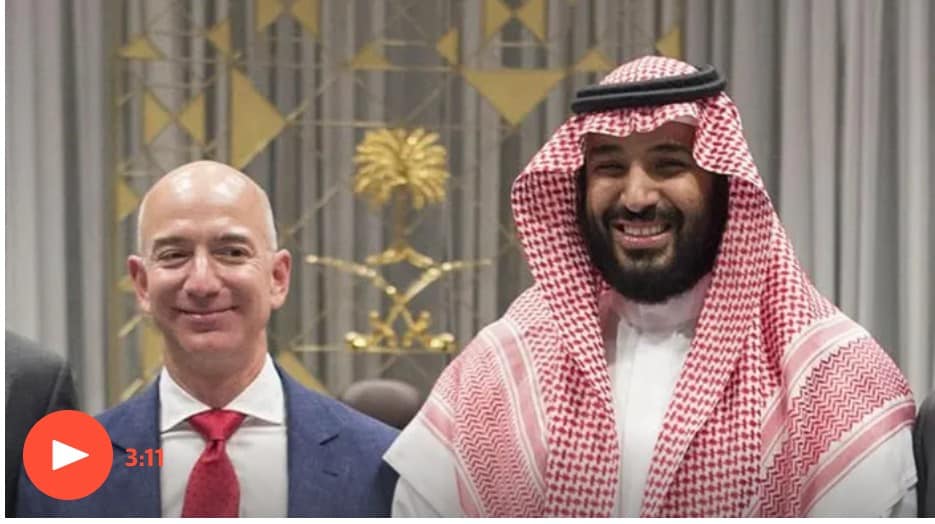 The UN believes a very real plot on the part of the Saudi Crown Prince and an Israeli security company (NSO Group), believed to have been complicit in the gruesome dismemberment (while alive) killing of Washington Post bureau chief Jamal Khashoggi, has been unleashed against Jeff Bezos, a political enemy of Donald Trump.

“The special rapporteurs – Agnès Callamard and David Kaye – said in a joint statement they were “gravely concerned” by the evidence they had reviewed about the apparent surveillance of Bezos in what they described as a possible “effort to influence, if not silence, the Washington Post’s reporting on Saudi Arabia.

In one of the most extraordinary disclosures, the UN rapporteurs said that, according to forensic analysis, the “crown prince sent WhatsApp messages” to Bezos, in November 2018 and February 2019, “in which he allegedly revealed private and confidential information about Mr. Bezos’ personal life that was not available from public sources.

An annex to their report provided further details of an alleged incident in November 2018 when a single photograph was texted to Bezos from the crown prince’s WhatsApp account ‘along with a sardonic caption’. The image, according to the UN rapporteurs, was of “a woman resembling the woman with whom Bezos is having an affair, months before the Bezos affair was known publicly.'”

Two months later, in January 2019, the National Enquirer published a special edition that exposed the affair. AMI, which owns the US supermarket tabloid, has denied any “third party” was involved in influencing its reporting. 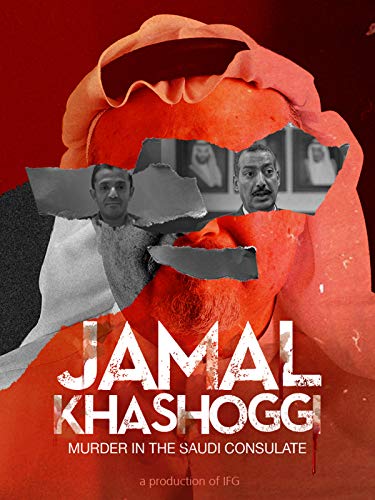 United Nations experts have determined that the world’s richest man, Jeff Bezos, owner of the Washington Post, a newspaper often at odds with Trump and MBS and, of course, owner of Amazon, has been the victim of a potential murder-blackmail plot.

Back in 2018, Bezos received a cryptic message from the Saudi crown prince with a photo of a woman Bezos was allegedly having an affair with.  The photo contained software from NSO Cyber Intelligence, the Israeli company that was used by Saudi Arabia in the murder of Washington Post columnist Jamal Khashoggi, for which MBS has been accused.

“Special rapporteur for the UN, Agnes Callamard along with David Kay said the revelation that the future king of Saudi Arabia might have had personal involvement in the targeting of the billionaire owner of the Washington Post should put a renewed spotlight on the murder of Jamal Khashoggi.

Khashoggi, a Washington Post journalist, was killed in October 2018, five months after the alleged “hack” of Bezos’s iPhone.

Callamard is UN special rapporteur on summary executions and extrajudicial killings, and the author of a previous report that detailed credible evidence for Saudi Arabia’s involvement in the premeditated murder of Khashoggi in its consulate in Istanbul. The crown prince denies any involvement in the killing.

According to the UN special rapporteurs, the Saudi Royal Guard “acquired from NSO Group” its Pegasus spyware in November 2017 and it is believed to have been involved in the targeting of Saudi dissidents. Their statement said: ‘The hacking of Mr. Bezos’ phone occurred during a period, May-June 2018, in which the phones of two close associates of Jamal Khashoggi, Yahya Assiri and Omar Abdulaziz, were also hacked, allegedly using the Pegasus malware.'”