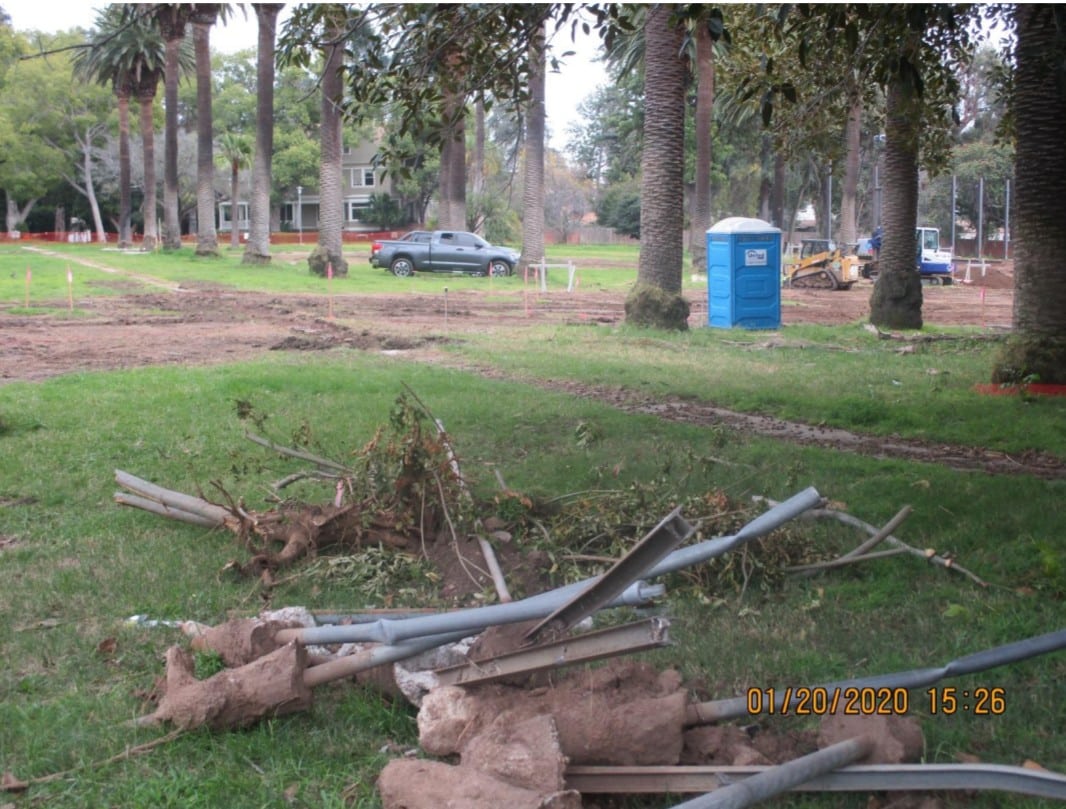 By Robert Rosebrock for Veterans Today

How much lower can VA officials sink when it comes to disrespecting disabled Veterans and sacred land deeded exclusively on their behalf to be permanently maintained as a National Home for Disabled Volunteer Soldiers?

This is a Veterans Home, a temple, a sacred monument that was initially built to honor, respect, house, and care for Veterans of the Civil War, followed by all other Wars.  Nowhere in the Congressional Act of 1887 and the legal Trust Deed of 1888 does it allow for any other use – none whatsoever – period!

See attached photos of the current ongoing destruction and sacrilege of the Grand Lawn of the revered Governor’s Mansion at the “Old Soldiers Home” as this hallowed property is irreverently desecrated and destroyed with the cutting down and uprooting of century-old trees while excavating and digging to build a massive wall to protect the neighboring elite from any noise or sight, while on the inside of this wall Veterans trying to heal from modern-day War injuries must bear the sound and view of this morbid and unpatriotic destruction. 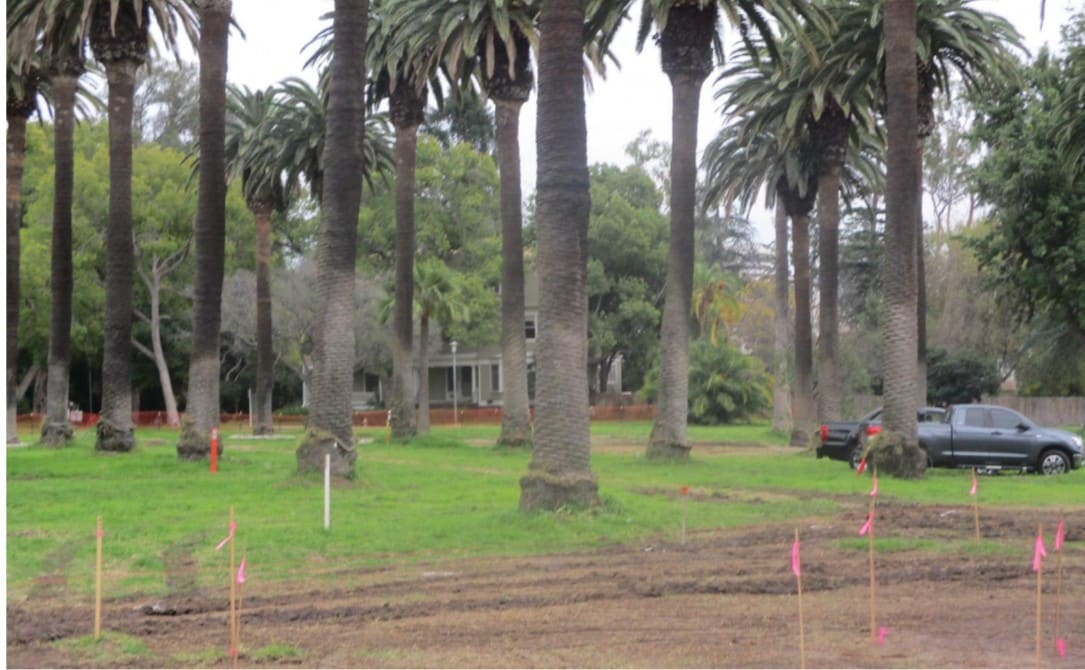 It is one of the most disgraceful sights imaginable to see sacred land where Veterans from the Civil War once walked are now grossly defiled, desecrated and dishonored with construction workers driving their cars and trucks across the Grand Lawn, which was built to honor Civil War Veterans of the Grand Army of the Republic.

And while the VA won’t spend one dollar housing homeless Veterans on this sacred land, they will allow the corrupt City of Los Angeles under the guidance of the most corrupt and incompetent Mayor ever – Eric Garcetti — to have a “free easement” and exclusive use of a billion-dollar parcel of Veterans land to build a public subway station and 800-car garage for the Westside’s wealthy elite.

See attached November 13, 2014 letter sent to McDonald exposing who really runs this VA and it wasn’t him, nor is it now Wilkie.

Nope, this land always has and continues to be run and controlled by the “hidden hand of government,” some of our nation’s wealthiest and most powerful individuals and special interest groups ensconced in their mega-mansions on the West Side of Los Angeles – none of them Veterans. 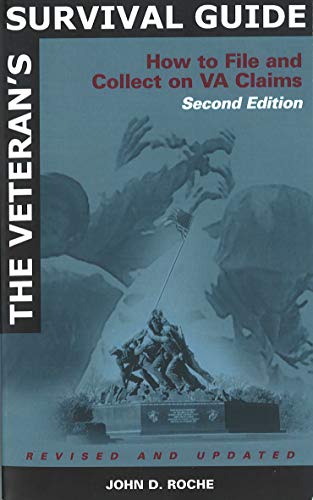 Equally bad, if not worse, the so-called “Veterans Service Organizations” (American Legion, VFW, DAV, VVA, etc.) have shamefully aided and abetted in this land giveaway and destruction at the expense of disabled, impoverished, homeless and hungry U.S. Military Veterans.

Instead of McDonald honoring the 2014 letter requesting that he dismiss the VA’s appeal to the Federal Judgment, he instead met behind closed doors with his wealthy WLA cronies – non-Veteran attorneys Ron Olson and Bobby Shriver – as they concocted a counterfeit January 28, 2015 “settlement agreement” to vacate the Judgment with the #1 Objective they promised would end Veteran homelessness in Los Angeles by the end of 2015, and beyond.

They also promised an “exit strategy” that would remove the illegal occupants.

On the contrary, the opposite happened as Los Angeles is still our nation’s capital for homeless Veterans and the adjudicated illegal occupants – along with many other land robber barons – now have a greater stronghold on this property than ever.

Read the attached March 16, 2016 “Daily Journal” / “The 2016 Clay Awards” – The 20th Annual California Lawyer Attorneys of the Year” / Negotiating for justice for U.S. Veterans.”  (For the record, this article has been conveniently pulled off the Internet by the Daily Journal to protect the attorneys involved) but the attached PDF was downloaded before that happened.

Note the extensive list of attorneys representing the 2011 ACLU lawsuit that consists of the “Initial Team,” followed by the “Post-Settlement Team” exclusively from the law firm of “Munger, Tolles & Olson LLP, Los Angeles,” which is the same law firm where U.S. Congressman Ted Lieu practiced law before going into politics and co-authoring the “West Los Angeles Leasing Act of 2016,” which opened the door for the Metro Subway to take over VA land as well as giving away Veterans VA buildings “rent free” for 75 years to wealthy private developers like Thomas Safran who recently held a fundraiser for Joe Biden in his Presidential bid against President Trump.

It’s rather apparent that President Trump has no direct knowledge about all that is going on here as his entrusted RINO confidants, many who are Veterans, are aiding and abetting along with Wilkie and his VA minions to completely destroy this revered “Civil War Monument” and turn it over to the anti-Veteran wealthy elite of the Los Angeles Westside.

If President Trump had any inkling whatsoever of the biggest land-fraud swindle in American history taking place under his “watch” over VA property, rest assured he would be here in a nano-second to end it and that’s precisely why his phony aids, assistants, allies, etc., including the local media, are suppressing the Truth.

While this entire charade is the most immoral, unethical and illegal treatment against local Veterans imaginable, here’s what infamous attorney Ron Olson, the instigator, and overseer of this malicious assault on our Veterans land had to say about the rampant and never-ending crime and corruption at the Los Angeles VA:  “The campus will become a showcase for how vets are to be treated nationwide.”

Think about that – very seriously!

Attention fellow Veterans across the USA: You’ve been forewarned! Please speak up and stop this assault on America’s Veterans here, before it infiltrates your area. Contact President Trump directly.

Moreover, if there’s one moral, ethical and lawful person who is officially working for President Trump, the VA, FBI, U.S. Attorneys Office, et al., to protect our disabled homeless Veterans and their land – please stand up and speak out now!

“Save Our Veterans Land” and “Bring Our Homeless Veterans HOME.”

You have boasted about visiting 41 of your Department’s VA facilities across the nation, yet you have failed (refused) to visit the largest and most corrupt VA in the nation — Los Angeles.
Shamefully, Los Angeles is also our nation’s capital for homeless Veterans.

You, your predecessor Eric Shinseki, President Obama and Los Angeles Mayor Garcetti also boast about ending Veteran homelessness in less than 13 months. Yet none of you ever mention the Los Angeles National Veterans Home as a solution.

It’s because none of you have any authority at the Los Angeles VA — none whatsoever!

And why is that?

It’s because this land is controlled by nine illegal occupants that are not Veteran entities but represent some of our nation’s wealthiest and most powerful individuals and special interest groups.

It’s very clear that you, like all your predecessors, have been ordered to stay out of the Los Angeles VA and you are following those orders.

As a result, you have betrayed tens of thousands of war-injured and impoverished Veterans who are forced to live homeless and hungry in deplorable and inhumane conditions while your wealthy friends have taken over these sacred grounds.

Shamefully, you are now a co-defendant in the ACLU lawsuit that produced a Federal Judgment adjudicating nine VA real estate deals to be “unauthorized by law and therefore void.”
Unauthorized by law is unlawful — unlawful is illegal — and illegal is criminal.

This is the biggest land-fraud scandal in American history and your name is forever linked to it as a co-defendant because you refuse to do the honorable thing and withdraw the VA’s Appeal of the Federal Judgment.

Right now Veterans Park Conservancy (VPC), which is not a Veterans organization but a wealthy homeowner group and one of the nine illegal occupants, is trespassing on VA property and violating the Federal Judgment and every law imaginable as they continue to illegally build an outdoor public amphitheater on these sacred grounds instead of you and your Department building emergency shelter to house and care for thousands of disabled homeless Veterans.

What’s going on right now on Federal VA property is not only illegal, it is as immoral as anything ever witnessed on American soil.

This land has been stolen from our war-injured Veterans who have selflessly defended our Nation.

It’s been given to corrupt and self-serving robber barons and it’s been given away with the blessings of your Department and elected public servants entrusted to protect and defend this land for Veteran use only.

On a recent CBS 60 Minute feature, you stated: ” We’re simplistically talking about people who violated our values.” Scott Pelley: “And those values are what?” Secretary McDonald: “It’s integrity, it’s advocacy, it’s respect, it’s excellence. These are the things that we try to do for our veterans.”

How are you doing anything for Veterans in Los Angeles with integrity, respect, and excellence when you don’t even have the courage to come here and investigate the most corrupt, incompetent and disgusting bureaucrats in the Federal government?

You also talked about West Point’s creed of “Duty, Honor, Country” and how important it is to you. Really?

Then why are you afraid to stand up to this VPC cabal that plagiarized West Point’s noble creed as they denigrated and desecrated it by engraving in stone on Federal VA property — “Beauty, Honor, Country” — because it is their mission to beautify the entryway into their wealthy enclave. How disgusting and insulting! (See attachment) Why do you tolerate these ingrates that denigrated the revered West Point creed?

Why don’t you order them off these sacred grounds … permanently?

It’s because you can’t!

Just as you can’t even stop them from illegally building a public amphitheater on Veterans sacred land.

Yet, if a homeless Veteran comes onto this same property and goes through a dumpster looking for bottles and cans to sell to buy some food, he or she will be arrested for stealing government property.

How can you declare yourself Secretary of the Department of Veterans Affairs when such inequity is dealt against the least of our Veterans while the wealthy and powerful have full control of this land? Think about it … you are a member of the President’s Cabinet entrusted to serve our Veterans — first and foremost — yet you are subservient to a group of wealthy and powerful robber barons that control land under your supposed authority.

Prove us wrong and show up at Sunday’s 350th consecutive Rally protesting this very rampant crime and corruption at the largest VA in the nation.

Show up and let your fellow Veterans know that you are on their side and not on the side of the bad guys — the domestic enemy that controls this land for non-Veteran use.
Show up on Sunday and order all nine illegal occupants off these hallowed grounds and demand the immediate demolition of the public theater sham, along with the immediate termination of Donna Beiter.

If you don’t show up on Sunday and take appropriate action, then we will have no alternative than to call for your immediate resignation and further demand a full investigation into your dereliction of duty along with aiding and abetting the domestic enemy.

The choice is yours. 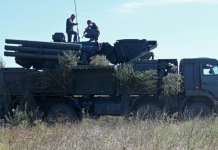 NATO has no plans to provide military support to Turkey in Idlib: report

The Failed 7 Day ‘Truce’ in Afghanistan, Duff on Press TV

Woman Fiddles During Her Own Brain Surgery

Turkey Arrests Scores of Its Own Mercenaries for Refusing to Face Russia in Idlib…Systematic...

Socialism: Is America Having the Correct Public Debate?

NATO has no plans to provide military support to Turkey in...