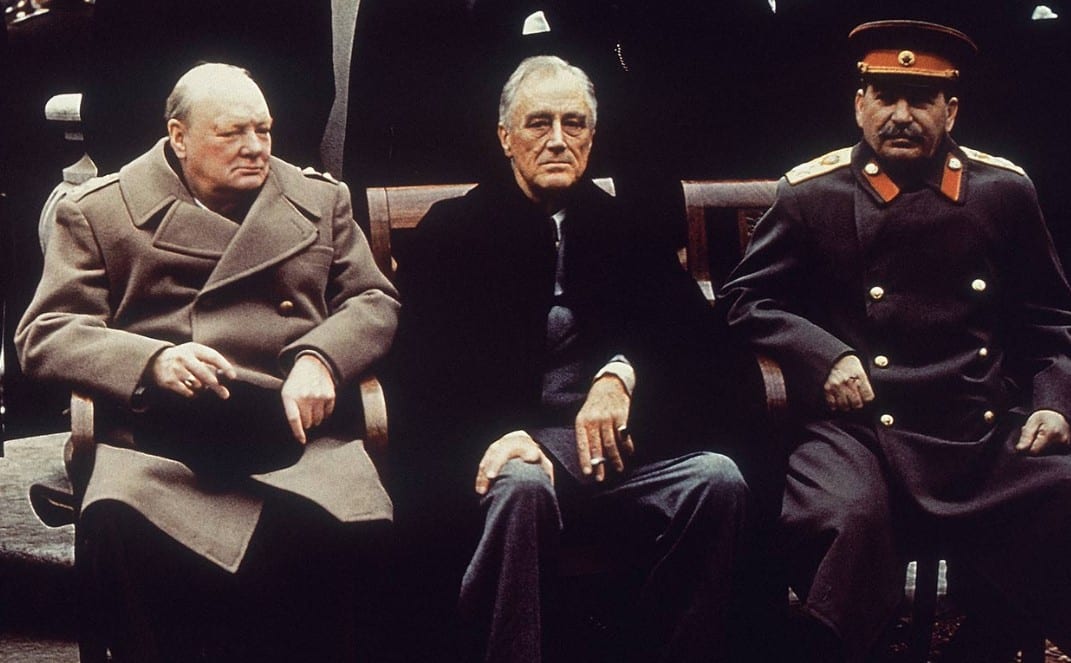 Anyone looking with sober eyes upon today’s world and the feeble economic and geopolitical underpinnings holding the system together must accept the fact that a new system WILL be created.

This is not an opinion, but a fact. We are moving towards eight billion lives on this globe and the means of productive powers to sustain that growing population (at least in the west) has been permitted to decay terribly over the recent half-century while monetary values have grown like hyperinflationary cancer to unimaginable proportions. Derivatives speculation alone under the deregulated “too big to fail” banking system has resulted in over $1.5 quadrillion in nominal values which have ZERO connection to the real world (GDP globally barely accounts for $80 trillion). Over the past 5 months $415 billion of QE bailouts have been released into the bankrupt banks to prevent a collapse. So, economically it’s the foundation of sand.

Militarily, the west has followed the earlier Roman empire of yesteryear by overextending itself beyond capacity creating situations of global turmoil, death and unbounded resentment at the dominant Anglo American powers controlling NATO and the Military-industrial complex. The recent near-war with Iran at the start of 2020 put the world on a fast track towards a nuclear war with Iran’s allies Russia and China.

Culturally, the disconnection from the traditional values that gave western civilization it’s moral fitness to survive and grow has resulted in a post-truth age now spanning over three generations (from the baby boomers to today’s young adults) who have become the most confused class of people in modern history losing all discrimination of “needs” vs “wants”, “right” vs “wrong”, “beauty” vs “ugliness” or even “male” and “female”.

Without ranting on anymore, it suffices to say that this thing is not sustainable.

So the question is not “will we get a new system?” but rather “whom will this new system serve?”

President Putin’s January 15 State of the Union was a breath of fresh air for this reason, as the world leader who has closely allied his nation’s destiny to China’s Belt and Road Initiative, laid out a call for a new system to be created by the five largest nuclear powers as common allies under a multi-polar paradigm.

After speaking about Russia’s vision for internal improvements, Putin shifted towards the international arena saying:

“I am convinced that it is high time for a serious and direct discussion about the basic principles of a stable world order and the most acute problems that humanity is facing. It is necessary to show political will, wisdom, and courage. The time demands an awareness of our shared responsibility and real actions.”

Calling for Russia, the USA, UK, China, and France to organize a new architecture that goes far beyond merely military affairs, Putin stated:

“The founding countries of the United Nations should set an example. It is the five nuclear powers that bear a special responsibility for the conservation and sustainable development of humankind. These five nations should first of all start with measures to remove the prerequisites for global war and develop updated approaches to ensuring stability on the planet that would fully take into account the political, economic and military aspects of modern international relations.”

Putin’s emphasis that “the United Nations should set an example” is not naïve fantasy, nor “crypto globalist rhetoric” as some of his critics have stated.

Putin knows that the UN has been misused by anti-nation state ideologues for a very long time. He also knows his history better than his critics and is aware that the original mandate of the United Nations was premised upon the defense of the sovereign nation-state. Article 2.1 of the charter clearly says: “The Organization is based on the principle of the sovereign equality of all its Members.”

For readers who are perhaps rightfully cynical that such organizations as the UN could ever play a truly positive role in world affairs, it is important to recall that the UN was never intended to have any unilateral authority over nation-states, or military power unto itself when was created in 1945. Its purpose was intended to provide a platform for dialogue where sovereign nation-states could harmonize their policies and overcome misunderstanding with the aim of protecting the general welfare of the people of the earth. Articles 1.3-4 state clearly that the UN’s is designed “to achieve international co-operation in solving international problems of an economic, social, cultural, or humanitarian character, and in promoting and encouraging respect for human rights and for fundamental freedoms for all without distinction as to race, sex, language, or religion and to be a center for harmonizing the actions of nations in the attainment of these common ends.”

If the United Nations principles as enunciated in its pre-amble and core articles were to ever be followed (just like America’s own admirable constitution): then wars of aggression and regime change would not be possible. Article 2.4 directly addresses this saying: “All Members shall refrain in their international relations from the threat or use of force against the territorial integrity or political independence of any state”.

These principles stand in stark contrast to the earlier 1919 Round Table/RIIA-orchestrated attempt at a post-national world order under the failed League of Nations which was rightfully put out of its misery by nationalists of the 1920s. FDR’s 1944 vision, as Putin is well aware, was based not on “world government”, but rather upon the concept of a community of sovereign nations collaborating on vast development and infrastructure projects which were intended to be the effect of an “internationalization” of the New Deal that transformed America in the years following the Great Depression. The closest approximation to this spirit in practice in our modern age is found in China’s Belt and Road Initiative.

Thousands of Asian, African and South American engineers, and statesmen were invited to visit the USA during the 1930s and the early 1940s to study the Tennessee Valley Authority and other great New Deal water, agriculture and energy projects in order to bring those ideas back to their countries as a driver to break out of the shackles of colonialism both politically, culturally and economically. In opposition to FDR, Churchill the unrepentant racist was okay with offering political independence, but never the cultural or economic means to achieve it.

Although the world devolved into an Anglo-American alliance with FDR’s death in 1945, the other Bretton Woods Institutions which were meant to provide international productive credit to those large scale infrastructure projects to end colonialism were taken over by FDR’s enemies who purged the IMF and World Bank of all loyalists to FDR’s international New Deal vision throughout the years of the red scare. Whether these corrupt financing institutions can be brought back to their original intention or whether they must simply be replaced with new lending mechanisms such as the Asia Infrastructure Investment Bank, BRICS New Development Bank or Silk Road Investment Fund remains to be seen.

What is vital to keep in mind is that Putin (just like FDR before him) knows that neither Britain nor Britain’s Deep State loyalists in America can be trusted. Yet, in spite of their mistrust, they both knew that a durable world order could only be accomplished if these forces were reined in under a higher law imposed by the authority of truly sovereign nations, and this is why FDR’s post-war plans involved a USA-Russia-China-UK partnership to provide the impetus to global development initiatives and achieve the goals of the Atlantic Charter. This partnership was sabotaged over FDR’s dead body as the Cold War and Truman Doctrine broke that alliance. The goal of ending colonialism had to wait another 80 years.

At the 2007 Munich Security Conference, Putin had already laid his insight into history clearly on the table when he said:

“This universal, indivisible character of security is expressed as the basic principle that “security for one is security for all”. As Franklin D. Roosevelt said during the first few days that the Second World War was breaking out: “When peace has been broken anywhere, the peace of all countries everywhere is in danger… I consider that the unipolar model is not only unacceptable but also impossible in today’s world. And this is not only because if there was individual leadership in today’s – and precisely in today’s – world, then the military, but political and economic resources also would not suffice. What is even more important is that the model itself is flawed because at its basis there is and can be no moral foundations for modern civilization.”

Putin is not naïve to call for the United Nations charter to serve as the guiding light of a new military, political, economic architecture. Nor is he naïve to think that such untrustworthy nations as the USA, UK, and France should serve in partnership with Russia and China since Putin knows that it will be Russia and China shaping the terms of the new system and not the collapsing basket-cases of the west whose excess bluff and bluster betrays a losing hand, which is why certain forces have been so desperate to overthrow the poker table over the past few years. The fact that Putin, Xi, and their growing allies have not permitted this chaos agenda to unfold has not only driven “end of history” imperialists into rage fits but also gives FDR’s vision for a community of sovereign nation-states a second chance at life.