Home World US Plotting to break up Iraq to secure troops, rebuild ISIS 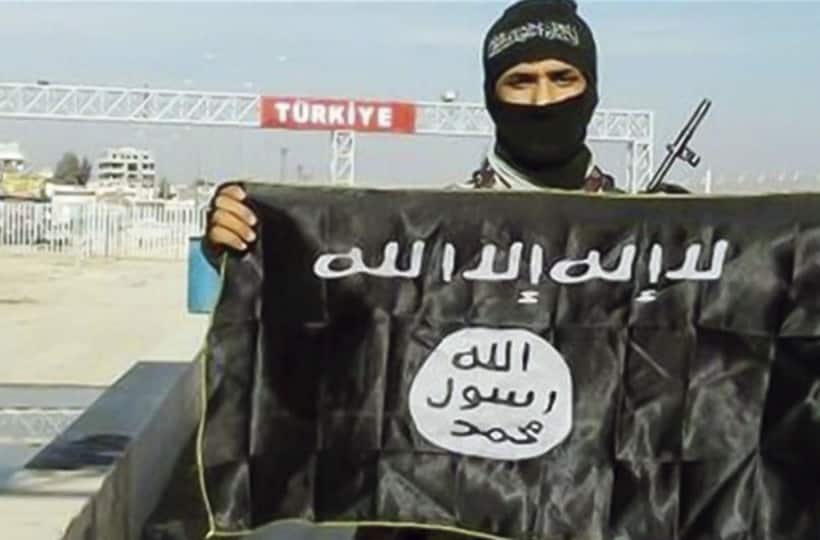 The US is reportedly seeking to carve out a “Sunni state” in Iraq’s Anbar province in a bid to secure the presence of its military forces in the Arab country amid the Iraqi nation call for the expulsion of all foreign troops.

Washington has in recent weeks been promoting a plan to create an autonomous Sunni region in western Iraq, a new report by the Middle East Eye reveals.

Officials from both countries have told the MEE that the US efforts come in response to the Iraqi Parliament’s attempts to expel American troops from their country.

The US has long been pursuing the break-up of the Arab country in order to secure its interests in the region, particularly by exploiting the country’s rich oil resources. The idea of carving out an autonomous Sunni region dates back to a 2007 proposition by Joe Biden, who is now vying to be the Democratic Party’s presidential candidate.

Thirteen years on, the US is now reviving the plot under the administration of Donald Trump amid efforts to expel the US troops.

The Americans have worked on “taking this project out of the drawer and putting it on the table,” a former US official familiar with the project confirmed.

“The creation of a Sunni region has always been an option for the US,” the former US official said.

Saudis come to US help

The plot to create the Sunni autonomous region has been discussed at a secret meeting nine months ago between Saudi ambassador to Jordan and a group of Iraqi politicians and businessmen from Anbar, Salah al-Din and Nineveh provinces, the MEE reveals.

The meeting, which was held in Amman, was hosted by the Saudi minister for Persian Gulf affairs, Thamer bin Sabhan al-Sabhan, who is Crown Prince Mohammed bin Salman’s point man for the region.

On the agenda was a plan to push for a Sunni autonomous region, akin to Iraqi Kurdistan. The meeting reportedly ended in vigorous agreement.

A bigger meeting was held some weeks later, this time attended by a US and Israeli representative. The MEE has quoted the US envoy as telling his Saudi counterpart: “If you can do it, it’s welcome.”

A third meeting was held in Dubai, this time attended by Iraq’s Sunni Parliament Speaker Mohamed al-Halbousi. He has denied that plans to create a Sunni region were discussed or agreed upon, but Sunni members of the Iraqi Parliament have broken the cover.

One of the most vocal of this group, deputy for Anbar province Faisal al-Issawi, said that “practical steps” had started towards forming an autonomous province on the lines of Iraqi Kurdistan in the north of the county.

Washington is fully behind the plan following the recent developments.

Anbar comprises 31 percent of the Iraqi state’s landmass. It has significant untapped oil, gas and mineral reserves. It borders Syria.

If US troops were indeed forced by the next Iraqi government to quit the country, they would have to leave the oil fields of northern Syria as well because it is from Anbar that this operation is supplied. Anbar has four US military bases, the MEE reports.

A source has told MEE that the “creation of a Sunni region is just one of the options being considered by Washington” as part of its broader plot to disintegrate the Arab country.

Iraq’s unity “is no longer a priority now for the US,” the source said.

In his latest article, Abdel Bari Atwan, the well-known Arab author and editor-in-chief of Rai al-Youm, has also warned about the White House’s project to break up Iraq based on ethnic and sectarian divisions.

The US plot comes as major crowds of people gathered in the capital city of Baghdad to denounce US military presence in the country after the US assassinated top Iranian General Qassem Soleimani and Abu Mahdi al-Muhandis, who was second-in-command of the Iraq’s PMU, in Baghdad earlier this month.

The rally comes after influential Iraqi Shia cleric Muqtada al-Sadr called on Iraqis to stage “a million-strong, peaceful, unified demonstration to condemn the American presence and its violations” last week.

On January 5, the Iraqi parliament voted overwhelmingly in favor of a resolution calling for the expulsion of all US-led forces in the country two days after Washington assassinated Soleimani and Muhandis.