The late columnist Joseph Sobran was an American patriot because he had the moral and intellectual courage to take the Zionist ideology by the bull and strip the gangsters of their political pedestal.

Sobran, unlike political prostitutes like Ann Coulter and Dinesh D’Souza who have an incestuous obsession with calling out “The Left” for the bad things that “The Right” are doing, knew that he had to fight. And fighting in the culture wars means that you have to specifically and methodically name the people who are actually dragging America and much of the West into a political sinkhole. Sobran once wrote:

“Talking about American politics without mentioning the Jews is a little like talking about the NBA without mentioning the Chicago Bulls. Not that the Jews are all-powerful enough; and their power is unique in being off-limits to normal criticism even when it’s highly visible. They themselves behave as if their success were a guilty secret, and they panic, and resort to accusations, as soon as the subject is raised.

“Jewish control of the major media in the media age makes the enforced silence both paradoxical and paralyzing. Survival in public life requires that you know all about it, but never refer to it. A hypocritical etiquette forces us to pretend that the Jews are powerless victims; and if you don’t respect their victimhood, they’ll destroy you.”

This is not an anti-Semitic assertion. We know by now that Jewish scholars are saying the same thing. Sobran again wrote: “An ‘anti-semite’ in actual usage, is less often a man who hates Jews than a man certain Jews hate. The word expresses the emotional explosion that occurs in people who simply can’t bear critical discourse about a sacred topic, and who experience criticism as profanation and blasphemy.”[1] 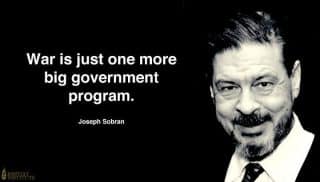 Sobran, a commentator on the CBS Radio and a syndicated columnist with the Los Angeles Times, was himself labeled an anti-Semite by Neocon Norman Podhoretz. And he was eventually fired from the National Review, which has been a Neoconservative flagship since the beginning of time.[2] In fact, National Review, as Murray Rothbard himself argued, was a CIA front.

“James Burnham, one of the founders of National Review, worked for the [Congress for Cultural Freedom, which was established by the CIA]. He was also a former Trotskyite and a CIA agent. Also associated with the CCF was the father of neoconservatism, Irving Kristol.”[3]

National Review, as E. Michael Jones points out, “was created to destroy isolationist conservatism. People who criticized America’s march to the empire from the conservative point of view were to be demonized and decertified. NR has shown undeviating consistency in this regard, the most recent example being David Frum’s diatribe against the paleoconservatives…”[4]

It was no surprise that the usual suspects sent their pawn, William F. Buckley, to attack Sobran and to say weird things. By 1955, Buckley was already a CIA agent. 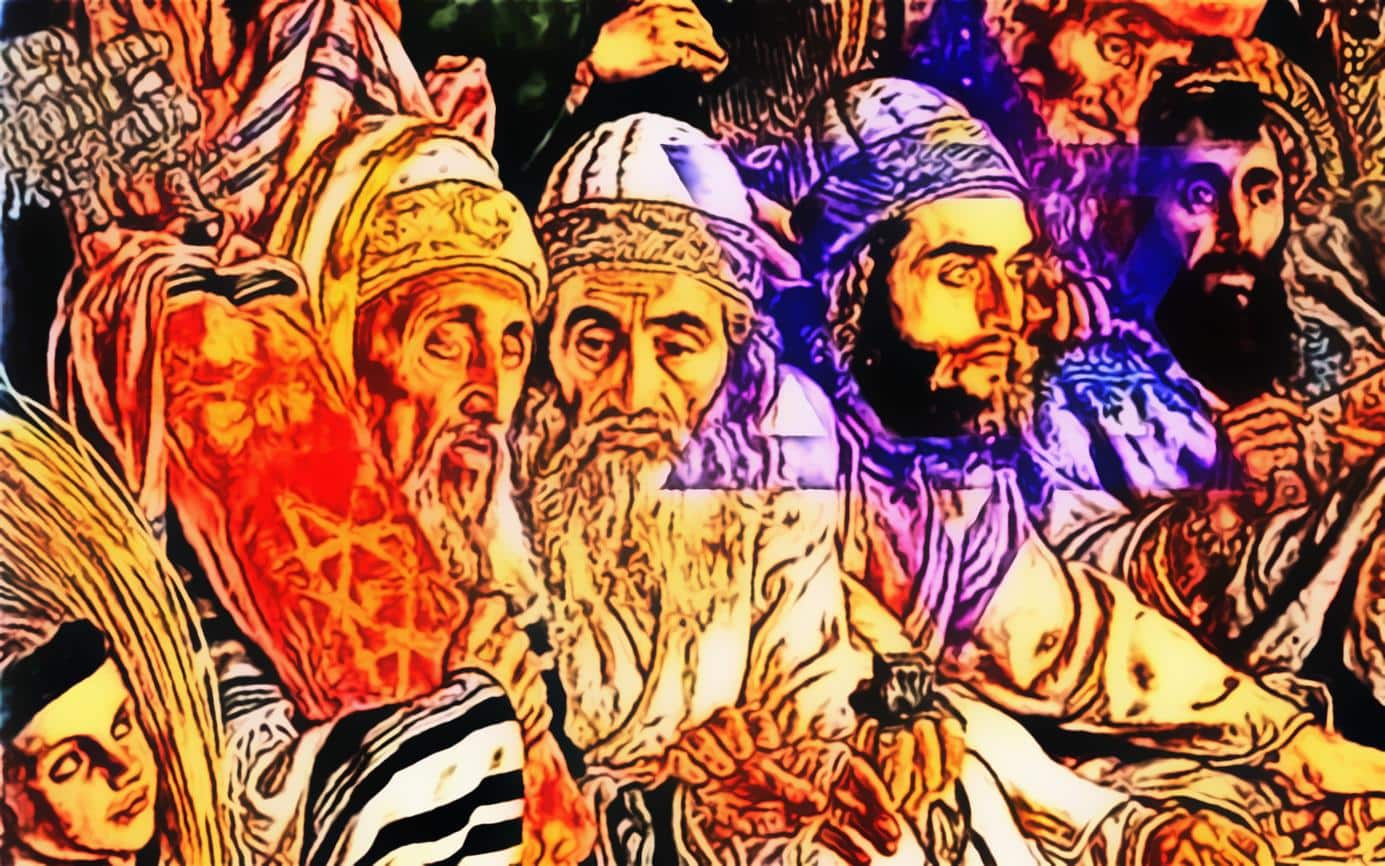 “Rothbard says that Buckley was directed to the CIA by Yale Professor Wilmoore Kendall, who introduced him to James Burnham, a consultant to the Office of Policy Coordination, the CIA’s covert-action wing…virtually everyone associated with the founding of the National Review was either a former CIA agent or someone in the pay of the CIA. In addition to Buckley, Kendall, and Burnham, that included William Casey, who would go on to become head of the CIA.”[5]

National Review progressively became a covert operation that sought to manipulate Catholics in America for the Neoconservatives. This became very clear during the events leading up the war in Iraq. One critique of National Review, Chris Manion, knew this. “If they [Catholics] don’t by that [weapons of mass destruction],” he said, after seeing what National Review writers were doing, “we’ll threaten to brand them with dark and subterranean and totally unprovable anti-Semitism.”[6] This became very clear when Buckley posited the claim that some of Sobran’s columns were “contextually anti-Semitic.”[7]

Buckley knew that this wasn’t true. In fact, when Podhoretz said that Sobran’s entire journalistic style was ontologically anti-Semitic, Buckley responded by saying that only a few of his columns were anti-Semitic. “By this I mean that if he had been talking, let us say, about the lobbying interests of the Arabs or of the Chinese, he would not have raised eyebrows as an anti-Arab or an anti-Chinese.”

Well, we have a problem here, don’t we? If it is possible to talk about Arabs or Chinese without being anti-Arabs or anti-Chinese, why can’t that principle be applied to Jewish ideologues like Podhoretz? Are Jews above criticism?

In any event, Buckley was the man who actually was working for the masters of the universe. He told Sobran to “stop antagonizing the Zionist crowd.” What probably isolated Sobran, even more, was his view on the so-called Holocaust. He declared:

“I am not, heaven forbid, a ‘Holocaust denier.’ I lack the scholarly competence to be one. … Why on earth is it ‘anti-Jewish’ to conclude from the evidence that the standard numbers of Jews murdered are inaccurate, or that the Hitler regime, bad as it was in many ways, was not, in fact, intent on racial extermination? Surely these are controversial conclusions; but if so, let the controversy rage.”

Sobran also blamed the “Jewish-Zionist powers that be in the United States” for the destruction of the Middle East and the chaos in much of the West. Sobran also argued that Communism is essentially a Jewish phenomenon. For those reasons, he was a full-blown anti-Semite.

But not a single Jewish scholar and historian can refute what Sobran wrote about here. In fact, Jewish academics are bragging about how Jewish subversive movements have turned much of the West upside down. Consider for example Yuri Slezkine of the University of California.

At the very beginning of his study The Jewish Century, Slezkine writes: “The modern age is the Jewish Age, and the twentieth century, in particular, is the Jewish Century.” Slezkine has more interesting things to say: “Modernization,” he continues, “is about everyone becoming Jewish.”[8] Similar sentiments have been echoed by Benjamin Ginsberg, J. J. Goldberg, Nathan Abrams, Josh Lambert, etc.[9] So, it is foolish to say that Sobran was an anti-Semite.

Anyway, Sobran was attacked because he was addressing some of the most pressing issues of our time. And he was pretty good at that. For example, in an article entitled “The Jewish establishment,” he wrote:

“In the early 1930s, Walter Duranty of the New York Times was in Moscow, covering Joe Stalin the way Joe Stalin wanted to be covered. To maintain favor and access, he expressly denied that there was a famine in Ukraine even while millions of Ukrainian Christians were being starved into submission. For his work, Duranty won the Pulitzer Prize for journalism. To this day, the Times remains the most magisterial and respectable of American newspapers.

“Now imagine that a major newspaper had had a correspondent in Berlin during roughly the same period who hobnobbed with Hitler, portrayed him in a flattering light, and denied that Jews were being mistreated — thereby not only concealing but materially assisting the regime’s persecution. Would that paper’s respectability have been unimpaired several decades later? There you have an epitome of what is lamely called “media bias…” Not only the persecution of Jews but any critical mention of Jewish power in the media and politics is roundly condemned as “anti-Semitism.”

“But there isn’t even a term of opprobrium for participation in the mass murders of Christians. It’s permissible to discuss the power of every other group, from the Black Muslims to the Christian Right, but the much greater power of the Jewish Establishment is off-limits. That, in fact, is the chief measure of its power: its ability to impose its own taboos while tearing down the taboos of others — you might almost say its prerogative of offending.”

We need men like Sobran again—people who have the balls to say uncomfortable but true things.

Part of this article was first published in September 2017.