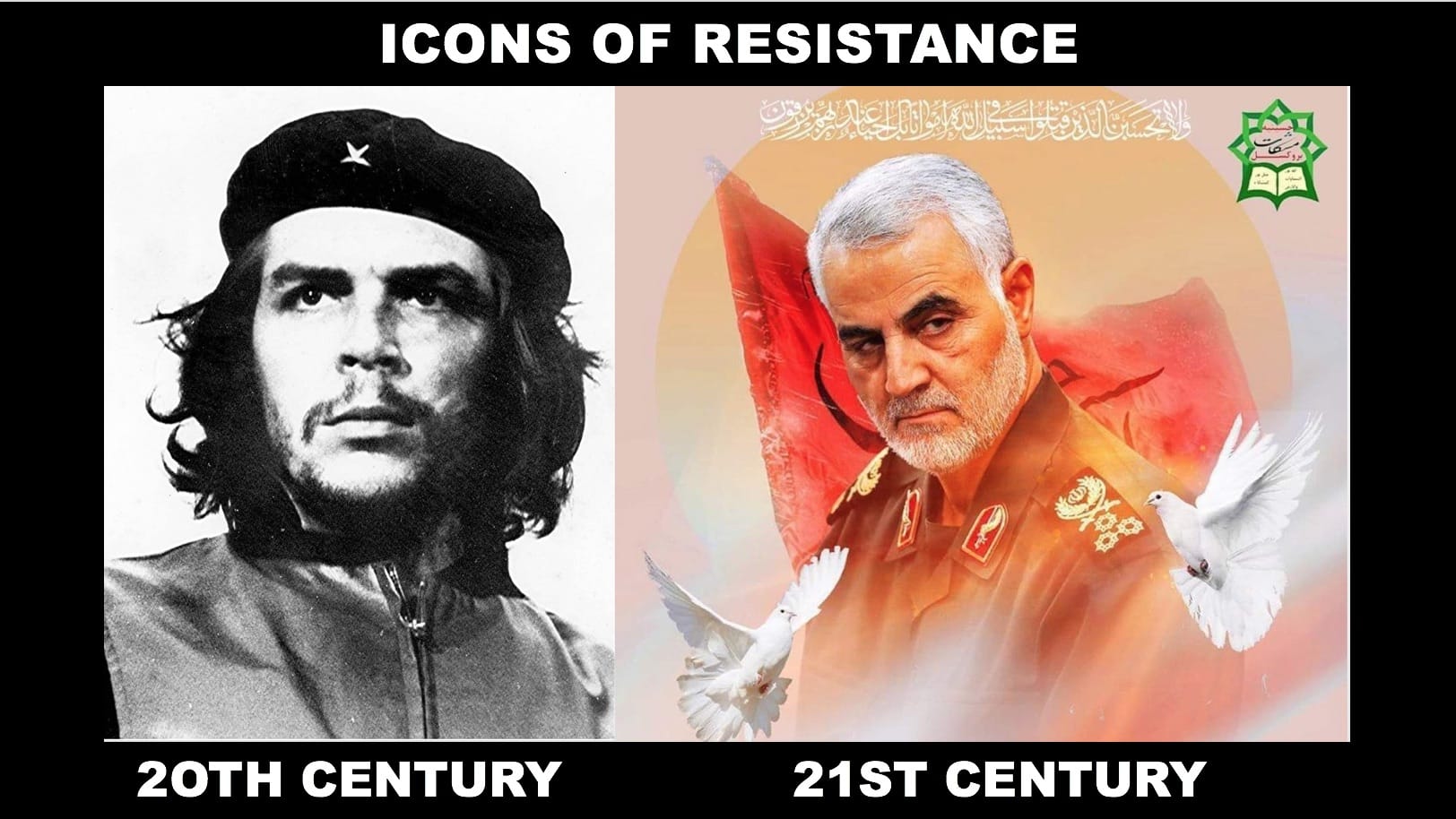 By Kevin Barrett, Veterans Today Editor, for the Unz Review

He was the 21st century’s most accomplished military leader—and a deeply spiritual man. Before they killed him, they didn’t even want you to know his name. After martyring him, they realized their mistake—and pulled out all the stops to stop you from finding out that he was a great man, a modern-day Che Guevara.

An unprecedented wave of censorship has crashed down on millions of people posting pro-Soleimani messages and images on social media. There has never before been a mass silencing like this. The hundreds of millions of Iranians, Iraqis, Lebanese, Syrians, Yemenis, and others from all over the world who mourn the world’s all-time greatest anti-terrorist fighter have had their free speech crushed by Zionist-instigated censorship led by Netanyahu’s buddy Mark Zuckerberg, who owns Facebook (2.2 billion users worldwide) and Instagram (800 million users).

Though there is no way of knowing precisely how many social media postings have been erased by the censors, a best-guess estimate would run well into the double-digit millions. (We should, of course, include in that total all of the re-postings and sharings that would have happened had each original post not been nuked—in which case the grand total might enter the triple-digit millions, making this by far the biggest single censorship campaign ever.)

Even neutral journalistic reports on Soleimani have fallen to the censor’s bloody axe. The International Federation of Journalists reports that “accounts of Iranian newspapers and news agencies have now been removed” (from Instagram). Merely sharing a picture of Soleimani, or a link to a news account can get you banned or censored.

My own Facebook page, featuring the maximum allowable 5,000 friends, maintained in good standing for more than a decade, was permanently removed because I posted a pro-Soleimani statement and image. Similar if less draconian assaults have annihilated the free speech of many of my American, Canadian, and European friends and acquaintances.

The Zionist social media moguls whimper about how they have to follow Trump’s insane definition of who is a terrorist. CNN reported Facebook’s lame excuse for Soleimani censorship: “As part of its compliance with US law, the Facebook spokesperson said the company removes accounts run by or on behalf of sanctioned people and organizations.”

My former Facebook account wasn’t run by or on behalf of anyone other than myself. The First Amendment supposedly protects those of us whose opinions differ from those of our government. Pompeo thinks Soleimani was a terrorist; I think he was a counter-terrorist. I have a right to say so and explain why.

The Zionist-run Treasury Department’s sanctions on Soleimani should not eliminate my right to express a dissenting view.

The outrageous Soleimani-censorship overreach raises an important question: Why are the billionaire Zionists and CIA Mockingbird stooges who own our media panicking about the worldwide outpouring of love for the martyred General? Why have they tried to hide it by launching the biggest censorship campaign in world history? What is that they don’t want you to know?

Read the rest of the article at Unz.com