RT/Moscow: Jews in Germany feel threatened to such an extent that almost half have thought about emigration, Foreign Minister Heiko Maas said, demanding a harsher response to anti-Semitism, not only in his country but across the EU as well.

Jews in Germany are “openly attacked” on the streets and face threats and abuse online on a daily basis, the minister wrote, in a guest article for the German weekly Der Spiegel ahead of the 75th anniversary of the Nazi Auschwitz death-camp liberation. Maas said that over 400 anti-Semitic incidents were recorded in Berlin alone over six months last year.

It does not surprise me that almost every second Jew in Germany has already thought about leaving the country.

The minister particularly mentioned a shooting attack in the eastern German city of Halle last October, when a far-right extremist sought to attack a local synagogue but eventually failed to force his way into the building, instead of killing two people at random.

Maas slammed anti-Semitism as “an absolute nightmare” and “a terrible disgrace 75 years after the liberation of Auschwitz,” arguing that it is a Europe-wide problem that requires the efforts of all EU members in order to be solved.

According to the minister, the measures Germany plans to champion during its presidencies of the Council of the European Union and of the Council of Europe, both of which it will assume later this year, will include the creation of a European network of anti-Semitism commissioners and a crackdown on online hate crime and disinformation.

He also specifically mentioned that Berlin plans to “ensure that all EU member states finally make it a crime to deny the Holocaust” and will help set up a Global Task Force Against Holocaust Denial.

The issue of anti-Semitism once again came to the fore in Germany in the spring of 2019, when the nation’s anti-Semitism chief advised Jews against wearing kippahs “anywhere at any time in Germany” – supposedly out of concern for their safety. The approach was quickly branded “defeatist” by various politicians, including Israel’s President Reuven Rivlin.

Just days after the official’s provocative statement, Chancellor Angela Merkel herself said literally every single Jewish facility in Germany needed police protection. The problem has been traditionally blamed on Germany’s troubled Nazi past and linked to right-wing extremists, prompting the security services to step up their fight against the far-right over the past year.

Meanwhile, some analysts believe that Merkel’s own overly lax ‘open door’ immigration policy, which allowed about a million refugees and migrants from the Middle East and North Africa to come to the country during the refugee crisis, might also play a role here.

Uniting all Europeans under one banner in the name of fighting anti-Semitism might also prove tricky since that would require a unified approach to the issue. Poland, in particular, has a simmering row with Israel over its historical role in the Holocaust while its ongoing dispute with Russia over the causes of WWII even prevented its president, Andrzej Duda from attending the recent World Holocaust Forum in Jerusalem.

Russia Insider: Putin Grovels in Israel About a ‘Holocaust’ that Never Happened, In Front of a People Who Genocided the Russians

The Russian president achieves peak absurdity. Why did he do it? He could easily have found some pretext for staying home. A Germanophile and former high-level intelligence officer, It is highly unlikely that he doesn’t know the truth.

Despite the chummy facade, he is no friend of Israel. He completely wrecked their plans to destroy Syria, and he is a military ally who provides air cover to Israel’s mortal enemy, Iran.

Within hours of President Putin issuing a groveling censure of ‘Nazi Germany’ and rubber-stamping the official holocaust spin, the news story was removed. To our credit, we did unearth his statements by traipsing to Israeli media.

Russian President Vladimir Putin called the Holocaust ‘one of the most terrible chapters of human history and remembering it is our shared responsibility to the past and the future. The crimes committed by the Nazis, their deliberate, planned, and final solution to the Jewish issue is one of the darkest and most shameful pages of modern world history’.

That is pretty rich coming from the world’s No 1 denier of the Bolshevik Holocaust proven responsible for up to 70 million martyred Christians. 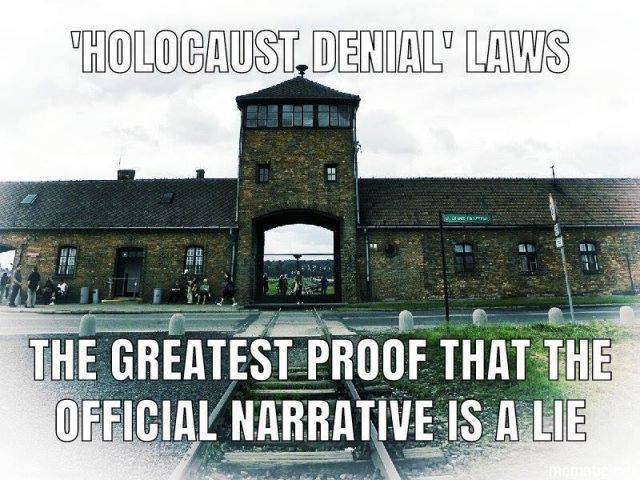 The Russian president’s comments were undoubtedly a triumph for the World Holocaust Forum taking place in Israeli Occupied Palestine.  Clearly, it was in the interests of the holocaust lobby to headline the Russian leader’s comments so why was it suddenly removed?

There has never in history been such division separating an official government line and the beliefs of their peoples. With few exceptions media, holocaust stories were accompanied by hundreds of readers’ comments expressing skepticism of the holocaust and mocking its lobbyists.

For likeness, imagine the emperor’s courtiers trying their damnedest to convince the people that their emperor is wearing the finest robes when it is obvious the monarch is naked.

The media’s readers won the argument. Sure, the Russian president’s statement was important. But, it was not as important as the necessity to remove evidence that 95% of media readers disbelieve the official rigging of the alleged holocaust. 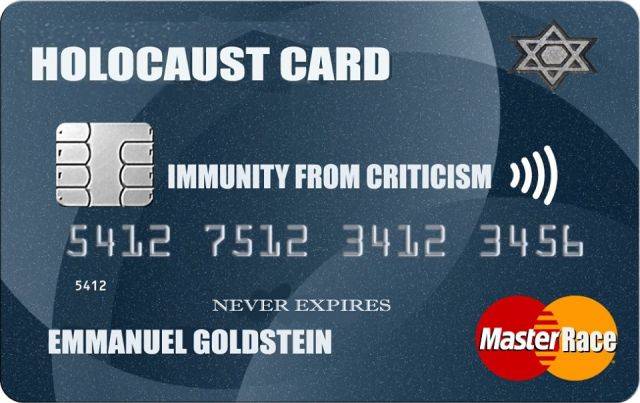 The spin had to be removed to save the blushes of the holocaust lobby. Otherwise, the media can follow the example of the Jewish owned Daily Mail: ‘We are no longer accepting comments on this story’.

SOURCERussia-Insider.com
ATTENTION READERS
Due to the nature of independent content, VT cannot guarantee content validity.
We ask you to Read Our Content Policy so a clear comprehension of VT's independent non-censored media is understood and given its proper place in the world of news, opinion and media.