What Does the US Hope to Achieve in Iraq Through Maintaining its Illegal Presence?

[ Editor’s Note: Mr. Sheikh lays bare in his usual surgeon style the US scrambling to maintain its main “interfering in the affairs of other countries” base in Iraq. This is a subject that has escaped critical analysis in the West.

None of the US actions are surprising but are wholly consistent with its ongoing record of re-interpreting agreements it has with other countries to suit its changing whims. In Iraq’s case, this was not an agreement with the country, but executive agreement between heads of state.

Legally the US presence in Iraq could be rescinded at any time. The Iraqi parliament has voted that they leave for a not too minor reason, what they feel was the US’ overt infringement on Iraqi sovereignty.

What Salman leaves out, as so many other writers have on this topic, is that the US’ position has been presented to Irag as something that must be done on terms that the US agrees with, as if it were a renegotiation of a treaty ratified by both parties, and that was not the case.

This is nothing more than the ugly face of US unipolarism on display once again with a new precedent. All agreements, and now even less formal “executive” ones, cannot be changed by the other party on terms the US disagrees with.

In effect it is a continual denial of Iraqi sovereignty. If the US wants to change the deal now and does, then that means it can do anything it wants in Iraq in the future, like continue drone strikes, or let the Israelis practice doing theirs in live fire drills on the Popular Militias, despite the militias having been an official part of the Iraqi military for some time now.

Stripped bare of all its political spin wrapping, the situation reflects a colonizer speaking to its colony to remind it of who is really in charge. Thus adds another chapter to the fake mantel of the US presenting itself as the protector of freedom and democracy… Jim W. Dean ] 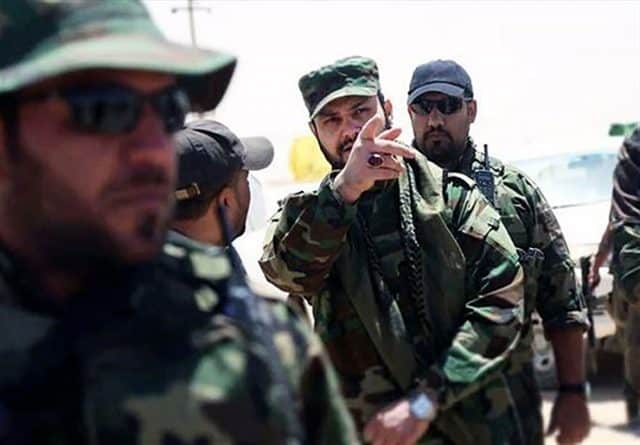 In 2019, when the US announced to ‘withdraw’ its forces from Syria, it did this only to relocate them to Iraq, which was, as I had written then, to become the main territory for the US military entrenchment in the region against Iran, as also Russia and China.

This was decided in the wake of the fast-shrinking space for the US to manoeuvre and manipulate things in Syria. Soleimani’s killing in a US drone strike that flew from within Iraq only underscores the fact that the very purpose of the US military presence in Iraq is ‘containment’ of Iran rather than ‘training’ of the Iraqi forces and the so-called ‘anti-terrorist’ operations against the Islamic State.

Notwithstanding the fact that the ISIS does no longer controls any territory in Iraq and that there are only few pockets where its activity can be seen, Mike Pompeo’s refusal to entertain the Iraqi parliament’s resolution with regards to the expulsion of the American forces throws a great deal of flight on the US’ actual purposes. Accordingly, the US is now trying to install someone in Iraq who could be more amenable and sensitive to the US interests.

The US president paid special attention to his meetings with Iraqi leaders on the sidelines of the World Economic Forum in Devos. Trump met Iraq’s president Saleh, and the leader of Iraq’s Kurdish Regional Government Nechirvan Barzani.

They would naturally support a US presence because this is the only anchor that they use to buttress their position vis-à-vis the almost 100000 strong paramilitary force, known as Popular Mobilisation Force, of Abu Mahdi al-Muhandis, who was killed in the same US strike targeting Soleimani. That force, mainly consisting of various Shi’ite militias, is there to not only to fight the ISIS, but also project Iranian power in Iraq.

Again, the fact that the Popular Mobilisation Forces had the blessing of Soleimani/Iran explains why the US targeted both Soleimani and Muhandis in that fateful strike. These forces could have—and were already— a big problem for the US ‘mission in Iraq’, and might have become instrumental in pushing the US out of the country.

Therefore, in order to avoid a Syria-like defeat, it was always imperative for the US to decapitate the forces’ leadership and thus strengthen its position as well as that of the pro-US elements in Iraq.

However, the fact that the US has blatantly refused to pay heed to the Iraqi parliament’s resolution for the withdrawal of American forces means that the US has already lost whatever legitimacy it had. The US presence in Iraq has already become an illegal occupation of the country—something that strongly resembles the nature of US presence in Syria, where the Syrian Govt. had never authorised, unlike it did authorise the Russian forces, the American forces.

Whereas Pompeo said that the US was ready to re-negotiate terms of the US military presence, it still would not change the nature of this presence. The agreement that Pompeo was referring to is a an executive-to-executive agreement, never actually ratified by the parliament; hence, the total illegality of the US military presence in Iraq, showing the extent to which Washington can stretch itself vis-à-vis Iran.

The US State Department statement on the question of withdrawal of US forces made it clear that the purpose of this presence, which was originally to fight ISIS according to the executive agreement between the US and Iraq, has already underwent a change.

“At this time, any delegation sent to Iraq would be dedicated to discussing how to best recommit to our strategic partnership — not to discuss troop withdrawal, but our right, appropriate force posture in the Middle East.”

As is evident, the US is simply and plainly looking at ways and means of consolidating its presence in the Middle East through Iraq. In other words, the limited presence in Iraq that the country had negotiated with the US in 2011 has already turned into a strategic presence.

While such a presence would also open the way for Mobilisation forces to mount attacks on the US forces, it would also allow the US to ignite Sunni elements in Iraq to topple anti-US elements and replace them with pro-US factions.

Iraq, in other words, has already turned into a new launch base for the US to project and protect its interests, including controlling the oil business, supporting Kurdistan and pushing against Iranian elements.

This is probably true because of the imminent deal between the US and the Taliban. A US withdrawal followed by a deal with the Taliban would leave Iraq as the only country where the US can maintain its force arbitrarily and even illegally.