With permissions by Peter Paget for Veterans Today

In January 2019, I contacted an ex spook Peter Paget and asked him if he would be happy to answer questions on secrecy. He replied that I could email my questions, and he would see if he could answer them within protocols of the Official Secrets Act.

Secrecy is the action of keeping something secret or the state of being kept secret. Secrecy involves leaks, covert/hidden agendas, fake news (because it directs our attention elsewhere), and National security. It is also the practice of hiding information from certain individuals or groups who do not have the, need to know. Wikipedia divides information on secrecy into subgroups: – Sociology and Zoology, Government, Corporate, Technology, Military and finally, views on secrecy. Secrecy is often controversial. 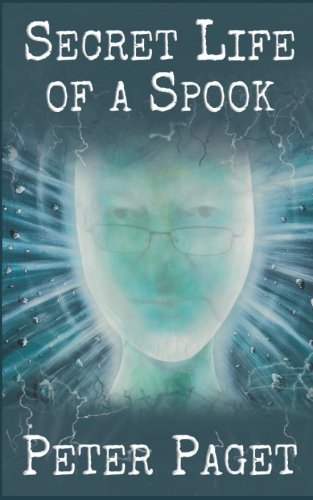 In Paget’s own words, “cover-ups take up 20% of all intelligence work worldwide”. In private and personal terms, secrecy could be sexual orientation and marital affairs. In military terms, it relates to, Black Ops, PsyOps, MKUltra & Monark, the CIA, FBI, MI6, MI5, and all the organizations we don’t know about because they are secret. Then, there is also the issue of accountability which e.g. when an agent does a bad job, and whether or not, secret agents ever retire.
On February 3rd, 2019, I received Peter Paget’s reply.

What is your concept, or general notion of secrecy: That which is withheld by either a person or an establishment?

“To me, it is either that which has a CLASSIFICATION, CONFIDENTIAL, RESTRICTED, SECRET and MOST SECRET, SPECIAL PROGRAM (USA), ACCESS ONLY TO LEVEL 1 to 36. Trump is at level 4, and goes to level 32 in July 2019, as is US custom for new Presidents.”

What is the purpose of secrecy? Perhaps in your world, it is to keep people alive, and the containment of information.

“This may be to protect an establishment, persons, the public interest, or to cover up an embarrassment to Her Majesty’s Government, or an agency.”

Do occult secrets feature in the world of intelligence?

In your opinion (and in terms of secrecy) in which subject areas should people be asking questions in London? In your opinion, what should they leave alone?

“In-depth research on the internet will yield much data. The trick is to know the sheep from the goats. The standard method of obscuration is to splice a lie between two truths, or truth between two lies, hence one assumes the public is not entirely stupid. Only media newscasters and politicians tell such huge porky pies. They assume Jo Public will believe it. This technique of telling it big and often, until it is accepted, as the ‘truth’ was professed by the Nazi propaganda department. Do not annoy the Agencies, or hang around outside their buildings, as you will become, ‘a person of interest.’ ”

What secrets does London hold?

“The five partners, UK, USA, Canada, New Zealand, and Australia share data. Your question is like asking, how long is a piece of string?”

Do you agree with the article in The Independent (Tuesday 31 May 2016) that Britain is the most corrupt country in the world?

Are you familiar with the book – Thatcher´s Secret War: Subversion Coercion Secrecy and Government 1974-90, by Clive Bloom (The History Press, 2015)?
“Not read it. MT knew a lot, but like all PM’s managed what she ‘officially knew.’ ”

You mention “Ultra” in your book ‘Secret Life of a Spook’. What is Cosmic?

“Cosmic is a USA Nuclear clearance security code. Ultra is another level.”

How should Londoners best protect their children?

“In general do not allow children under the age of six to have cell phones as it cooks their brains. Limit Wi-Fi use to one hour a day. Do not have them sleep within 3 ft of modems, or SMART meters, and use your common sense.”
In a world run by multi-billionaires who are psychologically amoral, what can the individual do to better their lives?

“Be independent. Research the real situations, and not believe the 24/7 rubbish on the news networks which is managed. I used to work for the BBC news, and features for a while – they lie.”
Since ‘cabals hold the real power within and outside of governments, manipulate politicians, and the blinkered electorates via the mass media?

“If you listen to my presentations and read my books, and the material they refer to it would help.”

Presumably, there have to be levels of secrecy and honesty within government otherwise, things would just fall apart, or would they?

“Compartments are necessary. The general public cannot handle the truth and do not want to. They prefer their comfort bubble.”

You write that ‘cover-ups take up 20% of all intelligence work worldwide’. Why does the general public need to be kept in the dark?

“All ops are only partially successful, have **** ups, and sometimes go wrong (see my books for details). The public would lose faith in the system and become aware of how it serves to make profits, and spend their money. Example. We have a brand new aircraft carrier with no planes on its flight deck just two rescue helicopters, which is found for taking a band to New York and flying the flag. That could be said – to progress.”

Have you ever worked in PsyOps?

“Of course, read my books.”

How long did you live in London, why did you leave, and would you ever move back?

“I was born in London, as you will see from my books. I have lived in many countries from time to time. I never ‘left’ London emotionally but I am not habitually resident in the United Kingdom. So are perhaps some 3M Brits, ex. pats. I still write to the PM and MPs, sometimes they listen.”

If you had a secret room, what would it look like?

“In my books, I describe such a room, read the book again slowly, and read between the lines.”

Lastly, what is ‘The Question That Never Was’? You do not have to answer it, if you do not want to, but maybe identify one…

“To understand, you need to read all three books, the latest trilogy (not the old ones) crack the codes, and see the light. You see you must get away from clichés, and hang-ups about power groups. I dealt with PEOPLE. Peter’s people like Smiley’s People. If you understand people, you will understand the organizations in which they focus their ambitions and targets. Try to be an objective observer, and not just find data to support a hypothesis.

Wishing you ALL well,
Peter”

About Author:  Peter Paget grew up in London and the West Country. At the age of seventeen, he became The Cabinet Office Chief Scientific Advisor. For fifty years, he worked for Her Majesty’s Government, the British and American Intelligence, Intel, MI6, North Atlantic Intelligence Group, CERN and the Vatican. He was also a researcher and programmer at the BBC, and he is a professional sub-editor, ghost-writer, and script editor. For a short time, he worked from Wimpole Street (near Harley Street) as an acupuncturist using laser therapy.

The fact that he was involved in alternative therapies, and very much believes in psychic abilities, makes him a unique individual: On one hand, he is upholding a traditional, English status-quo of espionage, and on the other hand; he is involved in scientific progress and extra-terrestrial research. He describes himself as, seriously British.

His latest interview (6th January 2020) with Cassidy from Project Camelot can be watched here:

Look out for Paget’s new book, The Secrets we Need to Know. 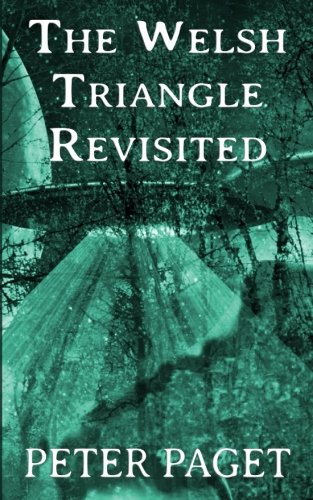 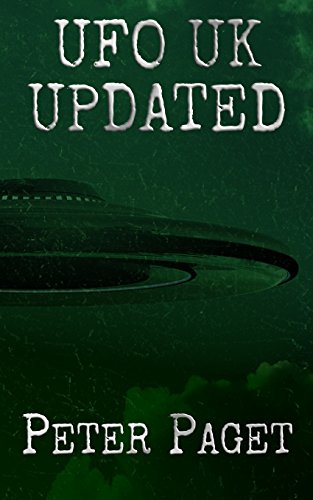