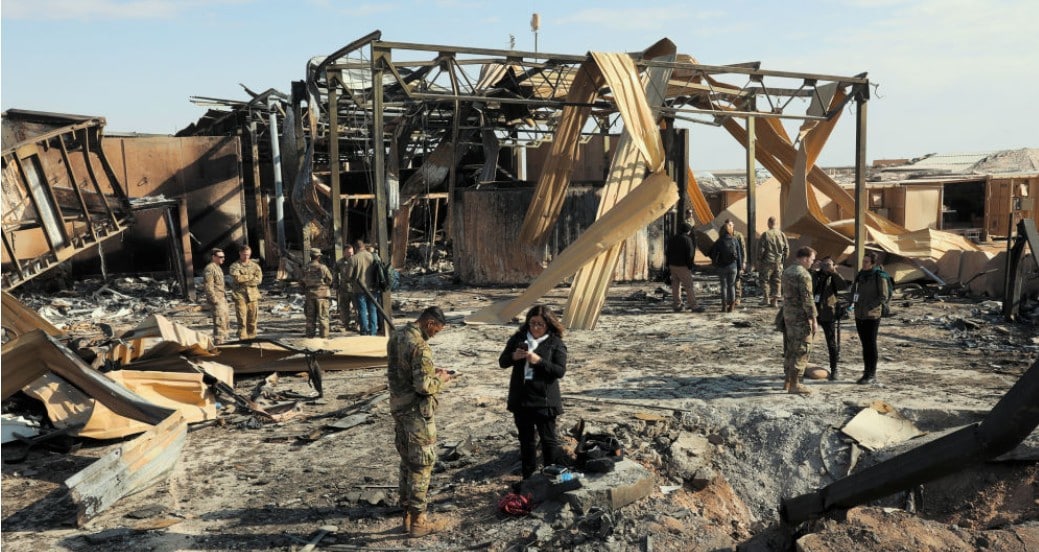 A new report citing the US Department of Defense revealed that an estimated 50 US military personnel were diagnosed with either traumatic brain injury (TBI) or a concussion following the Islamic Revolutionary Guard Corps’ (IRGC) January 8 strike in Iraq.

“As of today, 50 US service members have been diagnosed with TBI,” Pentagon spokesman Lt. Col. Thomas Campbell said, according to CNN.

This report is a 16-service member increase from last week’s count of 34 injured personnel given by department spokesman Jonathan Hoffman. Of the 16 newly identified cases, only one service member has been removed from Iraq.

Last week, US President Donald Trump made light of the various levels of brain injury endured by the service members.

“I heard that they had headaches and a couple of other things, but I would say and I can report it is not very serious,” he told reporters while in Davos, Switzerland, for the World Economic Forum, as reported by The Guardian. “I don’t consider them very serious injuries relative to other injuries I have seen. I’ve seen people with no legs and no arms.”

The US president has since received backlash from Veterans of Foreign Wars, which called for Trump to extend an apology to US service members “for his misguided remarks.”

On January 8, the IRGC carried out Operation Martyr Soleimani and struck Ayn al-Asad airbase in Western Iraq and another facility in the Iraqi city of Erbil in retaliation for the killing of top Iranian general Qasem Soleimani. Though no injuries to US personnel were initially reported in connection to the strike, the Pentagon’s Tuesday announcement is the third update on injuries sustained by American troops.

Pentagon sources told CNN that additional diagnoses may be reported in the coming days, as approximately 200 troops were in the blast zones of the strikes.

Several Pentagon officials told CNN that the number of diagnosed cases is likely to continue to change. Approximately 200 people who were in the blast zone at the time of the attack have been screened for symptoms.

Last week Trump said he does not consider potential brain injuries to be as serious as physical combat wounds, downplaying the severity of the injuries suffered in Iraq.

During the World Economic Forum in Davos, Switzerland, Trump was asked to explain the discrepancy between his previous comments that no US service member was harmed in the January 8 Iranian missile attack on Al-Asad airbase in Iraq, and the latest reports of US troops being treated for injuries sustained in that attack.

“No, I heard that they had headaches and a couple of other things, but I would say, and I can report, it’s not very serious,” Trump replied during a news conference.

An influential veterans group demanded Trump apologize for those comments.

“The VFW expects an apology from the President to our servicemen and women for his misguided remarks,” William “Doc” Schmitz, Veterans of Foreign Wars national commander, said in a statement Friday.

“And, we ask that he and the White House join with us in our efforts to educate Americans of the dangers TBI has on these heroes as they protect our great nation in these trying times. Our warriors require our full support more than ever in this challenging environment,” Schmitz added.

The most common form of TBIs in the military is mild TBIs, according to the Defense and Veterans Brain Injury Center.