Sources from the Greek OHIM confirm the information published earlier today by pronews.gr, that the Turkish Armed Forces carried out a large-scale landing operation in Libya, carrying a regular Army and a large number of vehicles. the forces of the pro-Turkish regime of the GNA and creating a new tactical confrontation with the forces of LNA, General Haftar.

Zaid Balam :
A #AlQaida fighter form the shura council of Benghazi, one of the group that attacked the US embassy in #Benghazi now fighting with the #GNA in #Tripoli . note the M249 light machine gun taken from the #USA embassy.
Viva #LNA pic.twitter.com/1u7AYspdmY

Specifically, two Turkish frigates appeared at the port of Tripoli, along with cargo ships and disembarked Turkish troops accompanied by armor, providing anti-aircraft cover to the operation.

The Turkish frigates are TCG “Goksu” and TCG “Gokova”, while one of the ships that landed in the Turkish Army is a RoRo passenger ferry.

About 300 Turkish troops landed, while Turkish armored vehicles with Korkut anti-aircraft guns and AIFV anti-tank rocket launchers were sighted in the city.

There are also two oil tankers and a cargo ship off the port. 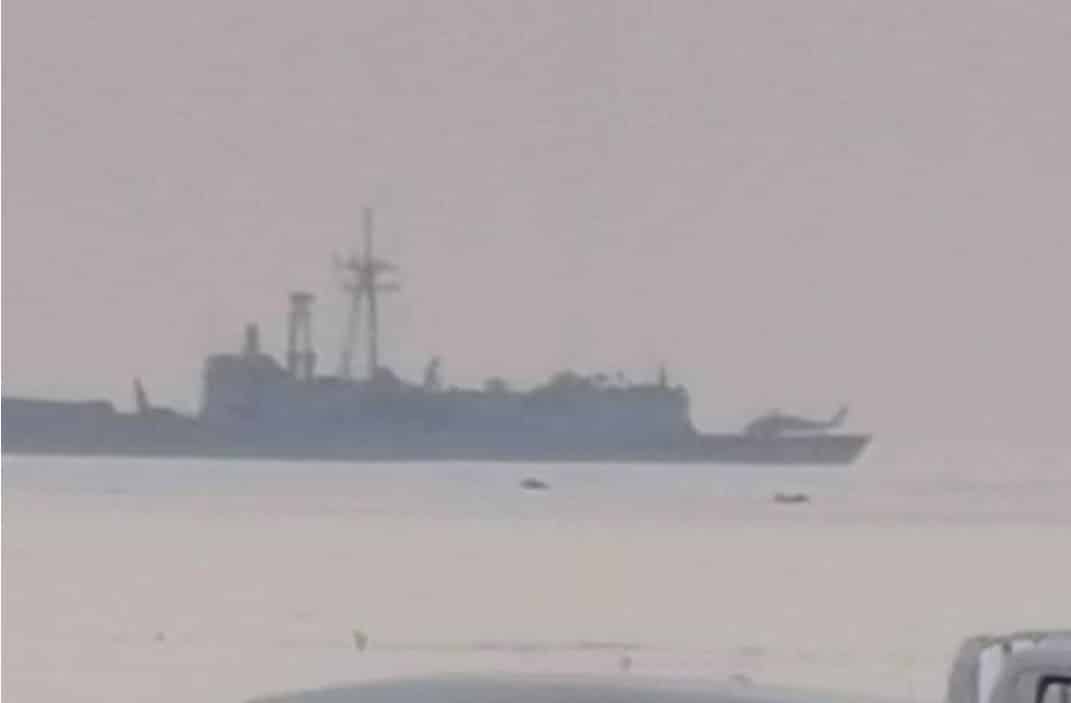 At the same time, he sent a political flight and a new “load” of Turkish Islamist fighters to Libya.

What is interesting is that the weapons were transported to Mitiga Airport where, according to local sources, the Turks have established their headquarters and their business center.

This also explains the LNA’s attack yesterday as the Haftar forces have targeted the Turkish expedition.

It is worth noting that as soon as yesterday Erdogan agreed in his telephone communication with N. Trump that “any foreign interference in Libya should end”

The shipment was transferred to #Mitiga airport to #Turkish army ops#Libya https://t.co/kieSAFmfZR

Sources from inside #Mitiga airport in #Tripoli confirm that the #Turkish forces have turned the airport to a military base and an operations room.#Libya #Turkey

Understanding the nature of the GNA is of great interest to AlQaida fighters from the shura council in Benghazi, one of the groups that attacked the US embassy in Benghazi and assassinated US Ambassador John Christopher Stevens in the ranks of pro-Turkish regimes.

Noteworthy is the image of an Islamist fighter of this group carrying an American M249 who was “dived” by the US embassy that tragic day.

Looks like the Turkish invaders are committing more military gear to the #MuslimBrotherhood #terror militias of the #GNA, this time a #Turkey #Navy Frigate appearing at the coast of #Tripoli. Wonder whi will sink it first?! pic.twitter.com/ESIseM4BjD

⚠️ If the picture is real, then Turkish Navy frigates TCG Göksu or TCG Gökova , (O.H. Perry frigates) is in Tripoli #Libya https://t.co/kerzSITEV7