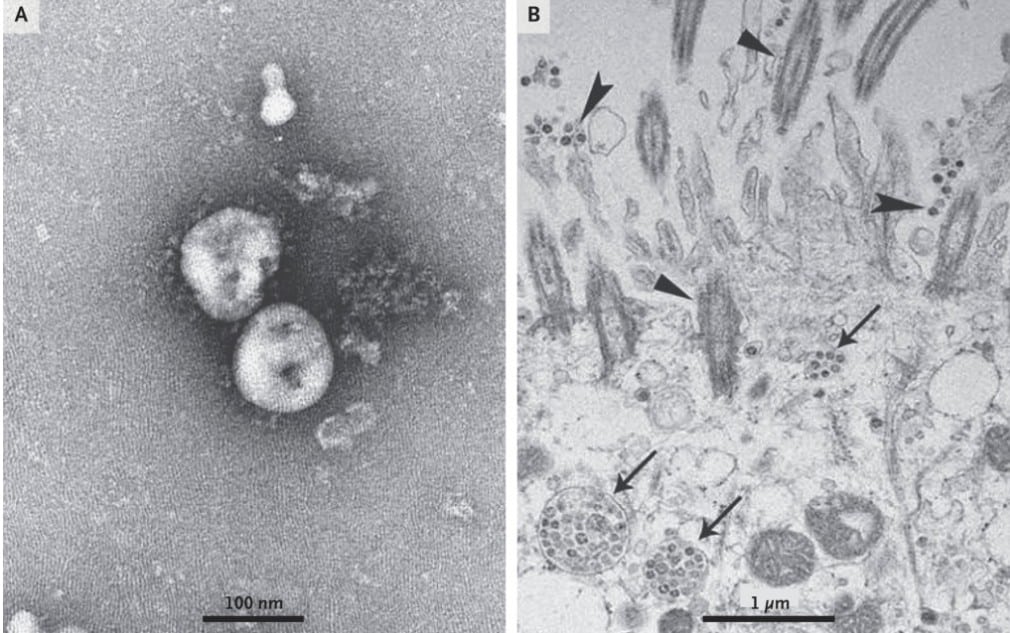 Scientists from China, from the State Laboratory of Biosafety at the National Institute for Viral Disease Control and Prevention, have succeeded in decoding the genome sequence of the coronavirus, which according to the current status can already record 107 deaths and more than 4,400 infected on its balance sheet.

The scientists, who are too numerous to mention individually here, have just published their results in the New England Journal of Medicine.

They are based on samples taken from two sufferers, a 49-year-old woman and a 61-year-old man from Wuhan, both of whom had pneumonia and visited a hospital on December 23 and December 20, respectively. Both complained of severe coughing and chest discomfort.

Both patients can be associated with the “Huanan Wholesale Seafood Market in Wuhan”. The woman maintains a market stall there, the man was a frequent customer there. The man had to be artificially ventilated from December 27 and died on January 9. He is not aware of any previous illnesses.

The virus, which must be attributed to the death of the man, looks like this:

Virus 2019-nCov, as the researchers called it, is a new coronavirus (betaCoronavirus). It is the seventh known coronavirus that can affect humans. The 229E and OC43 viruses are the cause of a bronchial cold. NL63 was isolated in 2004 from a seven-month-old child suffering from respiratory disease. Like Abdul-Rasool and Fielding (2010)report, HL63 mainly leads to cough, fever and runny nose, but can also lead to severe bronchitis and diphtheria.

HKU1 is also a recently identified coronavirus that was first isolated in Hong Kong in 2005. HKU1 also leads to (violent) diseases of the respiratory tract. In addition to these four viruses, which are exclusive to humans, there are two new viruses, SARS and MERS, which are characterized by the fact that they can affect humans and animals.

SARS-CoV – Severe Acute Respiratory Syndrome was first detected in China in 2003. From there it spread very quickly and, until it was contained at the end of 2004, infected 8098 people, 774 of whom died. MERS-CoV was detected in 2012 in one patient in Saudi Arabia. As a result, around 1,100 people from South Korea to Iran fell ill with MERS-CoV.

The virus that first appeared in Wuhan is another coronavirus, a new coronavirus and yet another that can jump between humans and animals and occurs in humans as well as in bats and other wild animals. The authors write:

“Since the sequence identity in conserved replicase domains (ORF 1ab) is less than 90% between 2019-nCoV and other members of betacoronavirus, the 2019-nCoV – the likely causative agent of viral pneumonia in Wuhan – is a novel betacoronavirus belonging to the sarbecovirus subgenus of Coronaviridae family.”

Breaking down the genome makes it possible to identify antibodies and develop a vaccine against the virus. Such a development normally takes at least a year.

A page from Johns Hopkins University offers a good overview for everyone who wants to stay up to date. At 3:30 p.m. German time, 4,474 patients infected with 2019-nCoV were confirmed, 107 suffered from 2019-nCoV, 63 have recovered so far.