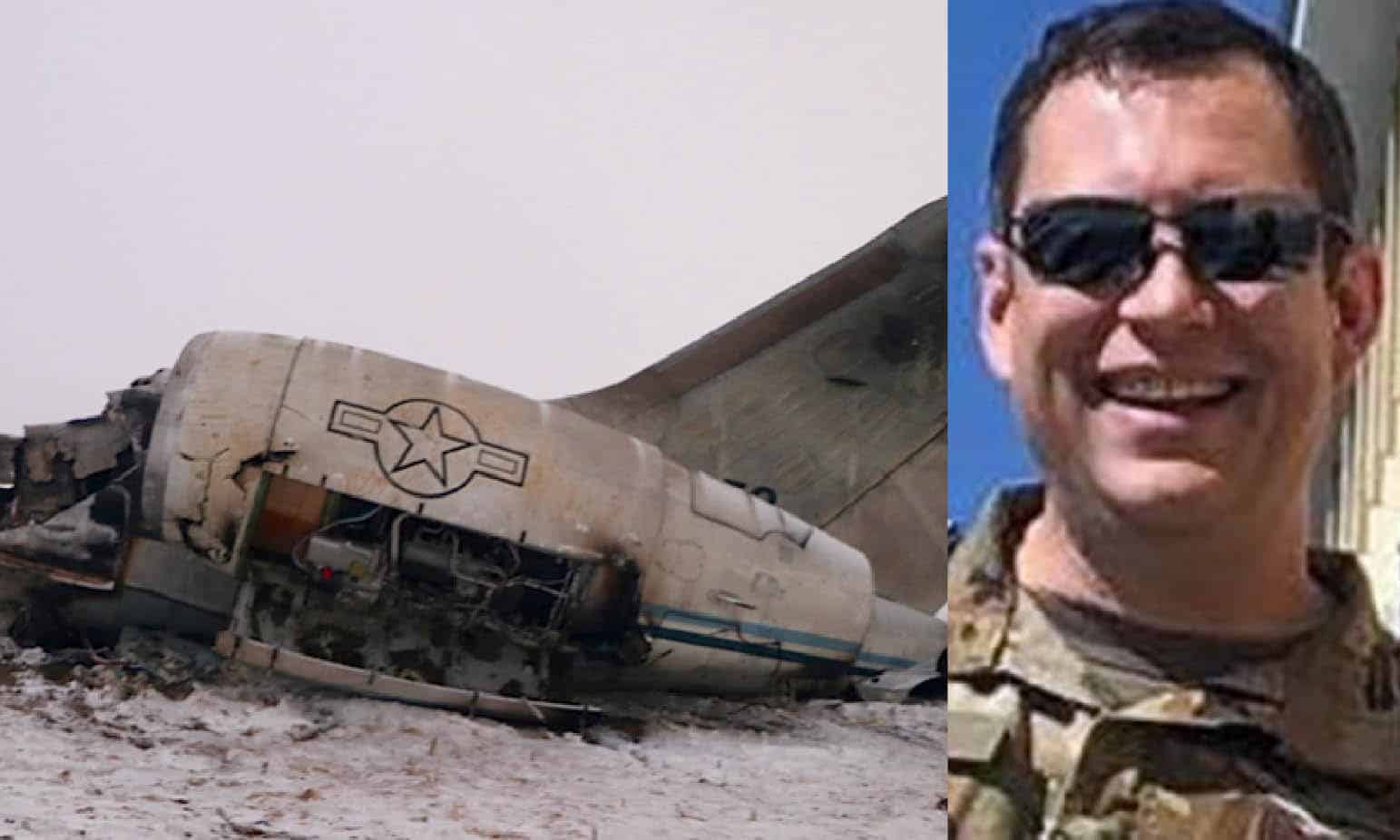 The truth about the American military plane crashed in Afghanistan on Monday 27 January 2020 will probably remain forever shrouded in mystery. The Pentagon has finally released an official statement confirming the names of the two aviators whose bodies the US military has recovered with the consent of the Taliban but adds very few other certainties.

It didn’t confirm, nor did it deny, the hypothesis that on the Bombardier / Northrop Grumman E-11A there were CIA agents as supported by the Afghan mujaheddin, the first to intervene on the spot, and that among them there was also the commander for operations in the Middle East Michael D’Andrea who would have died. But an indirect confirmation of the role of the Central Intelligence Agency comes from the role of the deceased pilot …

CNN reported a Department Defense’s statement in which it confirmed that in the plane crash in Afghanistan’s Ghazni province died  Lt. Col. Paul Voss, 46, of Yigo, Guam, served at Headquarters Air Combat Command at Joint Base Langley-Eustis, Virginia, and Capt. Ryan Phaneuf, 30, of Hudson, New Hampshire, served on the 37th Bomb Squadron at Ellsworth Air Force Base, South Dakota, the Pentagon said in a statement.

The Pentagon added that the men had been supporting Operation Freedom’s Sentinel, the military’s official designation for the US mission in Afghanistan. The E-11A is used to link troops in the field to headquarters and has been previously described by Air Force pilots as “WiFi in the sky.”

The US military said Tuesday that two bodies had been recovered from the crash by US forces, adding that sensitive equipment also had been disabled by military personnel who arrived at the site. A defense official had previously told CNN there was an indication that the crew had made a distress call, a sign of some type of trouble with the aircraft, prior to its crashing. A spokesperson for US forces in Afghanistan said Monday that there was “no indication” the plane had been downed by enemy fire reads on CNN post.

Pentagon’s note refers only to the two aviators to be considered pilot and co-pilot without making the slightest reference to three other alleged travelers of the plane to other victims than some Taliban reports, but also the initial confidence of an anonymous US official, they would have been involved.

New Questions in CIA Crash: Landing or taking off from airstrip at infamous Ghazni Prison?

In a detailed article on VT, the Senior Editor and international military intelligence expert Gordon Duff speculated that the E-11A Bomber may have crashed and struck during an emergency landing and not due to the shooting down of a missile as initially claimed by the Taliban. But it also hints at the possibility that there may have been some prisoners while the mystery about other victims including Dark Prince still remains open.

It seems very strange that on a reconnaissance plane there were no other crewmembers assigned to the instrumentation: on the Ilyushin Il-20 of the Russian Aerospace Forces used for the same functions and shot down by mistake in Syria, as many as 15 soldiers were traveling, including the two pilots.

VT reported the worldwide indiscretion from Russian intelligence that the CIA mobile command was traveling on that flight.

And a partial confirmation, curiously not detected by CNN, derives from the department of pilot Lieutenant Colonel Paul Voss in force at the Langley-Eustis Joint Base, in Virginia, where the most important US air force command is located: the Air Force’s Air Command Combat.

ACC is the largest command in the service, operating around 1,000 aircraft in 35 wings at 300 locations worldwide. The command has 159,000 military and civilian personnel, and its headquarters is at Joint Base Langley-Eustis, Virginia.

The command is responsible for organizing, training, equipping and maintaining combat-ready air, space, cyber and intelligence forces we can read on official website Defense GOV.

The intelligence of the United States of America active in overseas espionage is the CIA. Therefore it is almost certain that at least the Voss pilot was also included in this organization. We must not forget that Langley is the place where the headquarters of the Central Intelligence Agency is located …