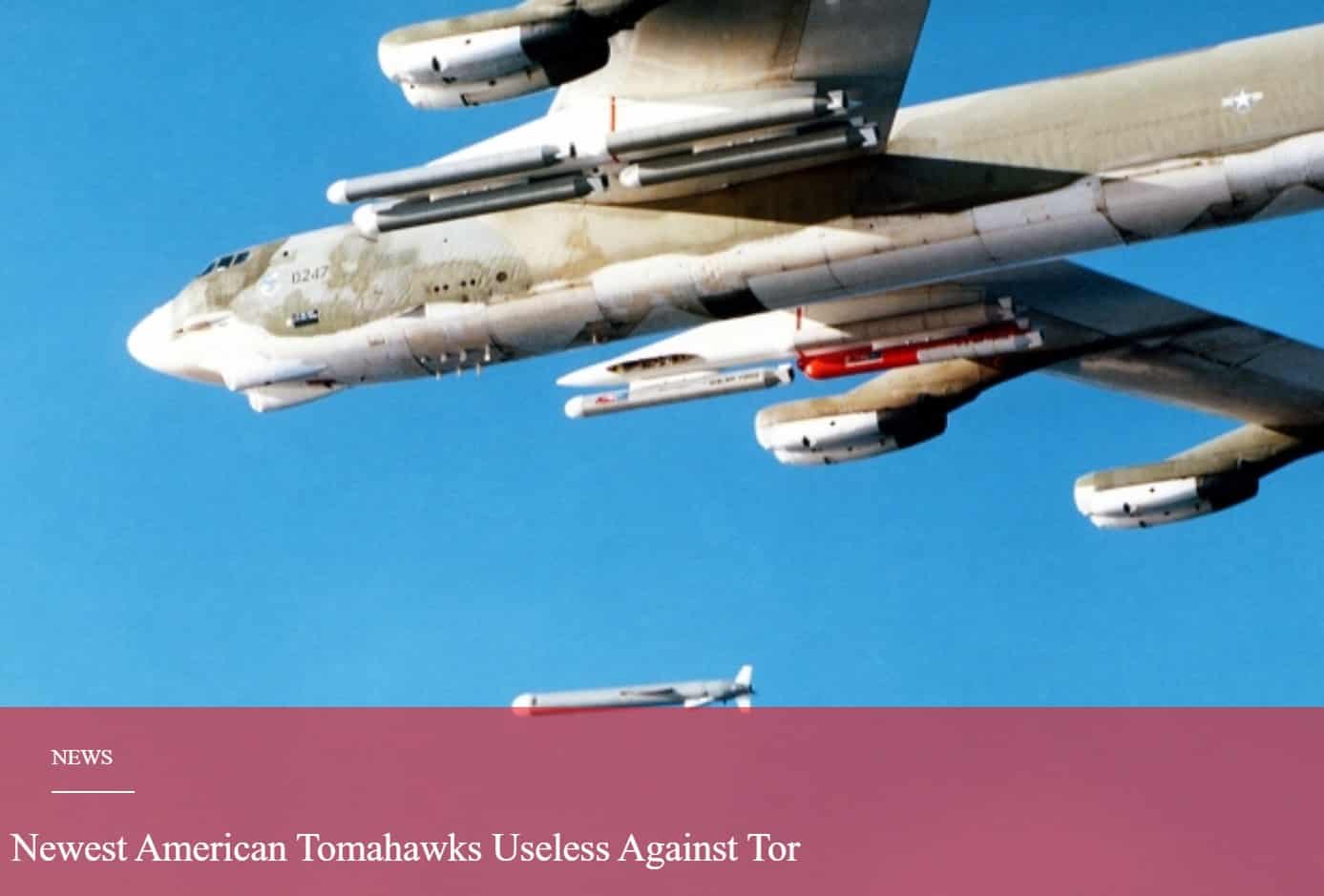 Avia-Pro.net: Russian air defense systems were many times better than the American Tomahawks.

The reasons why the US no longer threatens its Tomahawk cruise missiles with either Russia, Syria, or Iran, lie primarily in the fact that even modern versions of these cruise missiles are much worse than air defense systems even of the Soviet era.

For effective reflection of fire, Thor complexes are an excellent tool, and only a few of these complexes will be able to repel a large-scale attack.

“In April 2017, two US Navy destroyers launched 60 Tomahawks from the Syrian airbase Al-Shairat from the Mediterranean Sea, of which only 23 reached the target and could not cause critical damage. On April 14, another series of missile strikes were launched at targets in Syria, including 66 Tomahawks, which also did not seriously damage the military infrastructure of the ATS. At the same time, most missiles were intercepted by Syrian air defense systems – possibly with the assistance of Russian means of radar detection, electronic intelligence, and electronic warfare.

These events showed that even the old Soviet S-125 and S-200 air defense systems can successfully fight the Tomahawks. At the same time, many weapons systems that were not used by Russia to repel the Tomahawks attacks are capable of creating an echeloned and almost impenetrable missile defense zone – in particular, they can use the Tor air defense system, which is optimized specifically for destroying enemy cruise missiles ”, – reports the Russian edition of Vedomosti.

It should be clarified that Soviet weapons are widespread throughout the world, and if necessary, almost any country can afford to buy a Tor air defense system and thereby provide complete protection against any missile threats, which, by the way, is already very actively practiced in the world.