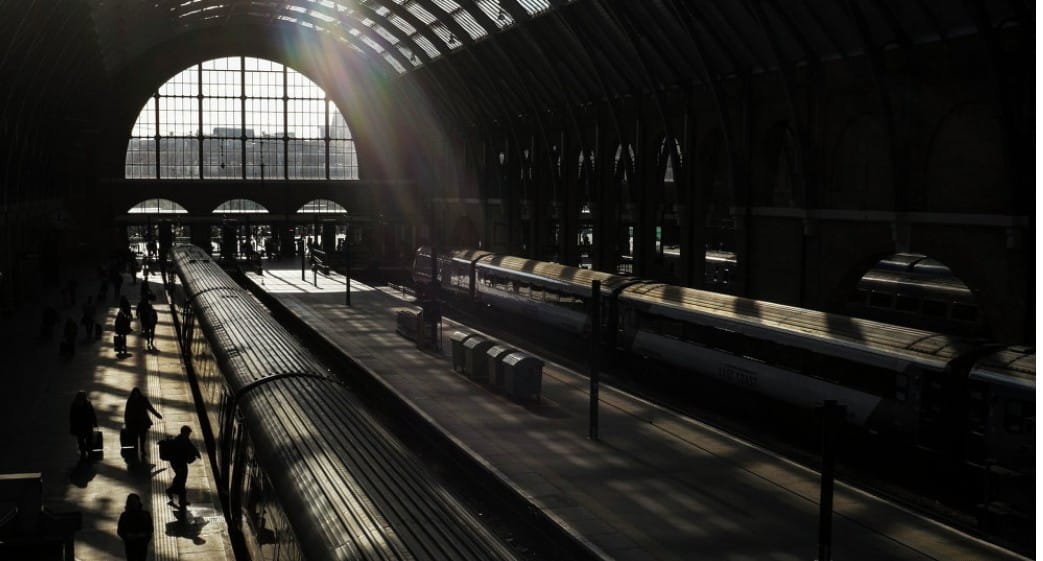 Note: An investigation revealed that John Major’s election was financed with 17m pounds laundered by Maggie Thatcher though the purchase and arranged theft of 3 South African nuclear weapons.

It would be Major’s job to continue turning Britain over to the Kosher Nostra.  The dismemberment of Britain’s rail system was part of that effort. 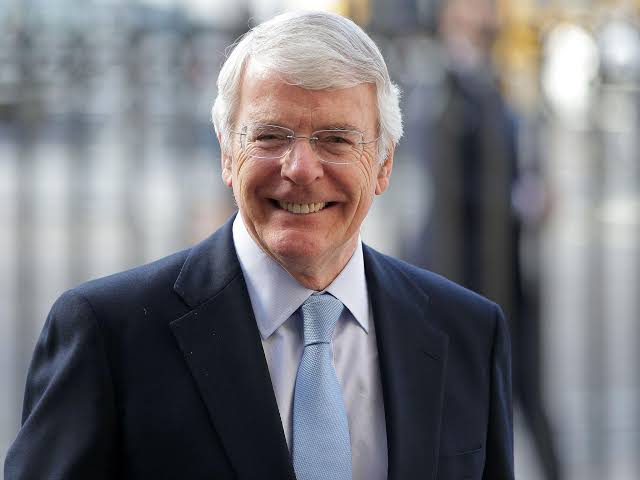 Former Prime Minister John Major is often portrayed as a nice Tory and different in substance to the rabid right-wingers who occupy Boris Johnson’s cabinet and spew out reactionary statements and policies daily.

The truth is John Major and his closest advisers in 1993/94 should have been arrested and charged with serious fraud. The public was robbed of several billions of pounds that have been siphoned off into the pockets of fat-cat bosses and private dividend holders, who have all cashed in on the back of the disastrous privatisation of the UK Rail Network, British Rail, in 1993/94 which John Major presided over.

How moronic and preposterous the decision was is graphically illustrated by the decision the other day by the hapless Tory Transport Minister Grant Shapps to re-nationalise the massive Northern Rail franchise. This is the second re-nationalisation by the Tories, the party of the free market and privatisation, in less than two years. They took over the East Coast franchise from billionaire Richard Branson’s Virgin Trains East Coast in June 2018 after his company benefited from billions in public subsidy and then conveniently collapsed without honouring their promise to invest billions in return. He was widely accused of receiving a taxpayer-funded “bailout” despite the efforts of his spin doctors to deny the ruse. Shady and shoddy indeed.

Tory Rail Privatisation Has been an Unmitigated Disaster

There are serious doubts that Southern Western Railway, TransPennine Express and West Midlands Trains franchises will survive much longer, and again the Tory government may be compelled to step in against their nature and re-nationalise those services as well.

The fact is the Tory privatisation of the railway services was a disaster from day one and is now unravelling at the speed of an express train. A thorough and criminal investigation should be organised urgently so the public can witness prosecutions of senior politicians like John Major and his senior officials for what amounts to an outrageous, stupid and wholly irresponsible privatisation that has sucked billions of public funds away from hospitals, schools and social housing into the pockets of rich parasites who lined their pockets on the back of this policy disaster.

British Rail was broken up and privatised between 1994 and 1997, and since then rail services in the UK have been provided by private companies. There are more than 20 rail franchises in the UK, where the government gives train companies funding to run services for a certain period. The public was whipped up into frenzy after years of deliberate underfunding of British Rail inevitably resulted in increased problems with punctuality and reliability.
Old stock was not replaced, services were often cancelled at short notice and carriages which did arrive were often too small to seat all passengers. It was a classic Tory strategy. Underfund an essential public service and then promote the idea that privatisation will result in incredible improvements. Fares will tumble, services will improve and less public money will be required to run the trains. What a cruel and deliberate pack of lies.

Since privatisation, the average price of a train journey has increased by 23.5% in real terms. And they’ve risen twice as fast as wages since 2009. Our staggering rail fares have got so high that in the UK we pay five times as much as proportion of salaries as our European neighbours.

If our railway was run in public ownership, we’d save £1 billion a year, enough to fund an 18% cut in rail fares. That’s because we wouldn’t be wasting money on shareholder profits, fragmentation and a higher cost of borrowing.

Many of our train companies are publicly owned, but by other European countries, who make millions of pounds a year in dividends from their British operations. For example, Arriva is owned by German national rail company Deutsche Bahn and Abellio is owned by the Dutch government. So public ownership of railway services is not unique, it is the norm across Europe and many parts of the developed world. It is an essential service. It should be run for maximum safety, reliability and quality of service, not private profit.

The numbers using trains have reached record levels, 1.7 billion train journeys in 2016/17, but the increased usage and fairs has not been invested in the service. Millions of rail travellers and regular commuters rely on trains to get to and from work but are sick of squeezing onto overcrowded trains. The private sector bosses have avoided investing in the railway service. Incredibly, the average age of trains is higher than it was in 1996, and any investments are usually underwritten by the government – for example, with the West Coast Mainline electrification. No wonder almost 2/3rds of the British public, 64%, support public ownership of the railways.

A couple of years ago an audience member on BBC Question Time caused a stir when he claimed the level of public subsidy to the rail network since privatisation has been significantly higher, not lower than what it was under public ownership. People scoffed. How ridiculous a proposition that is? One of the main reasons promoted in support of privatisation was to save the public purse money. Less public funds would be required to support the apparently ailing service. Yet the Rail, Maritime and Transport (RMT) trade union and scores of research and transport groups unveiled the scandal within years that privatisation has cost the public more, not less but in a horrendous double-whammy. Not only billions more in public funding but thousands more in annual fare prices as well.

The BBC Fact Check team investigated the intuitively suspect claim by that audience member and the result was remarkable:

“I just wanted to make the point about the railways, in terms of my understanding is that the railway companies, the private ones, receive four times as much funding as British Rail did in the 1970s and 80s.”

“This is the right order of magnitude. Figures we’ve seen indicate it’s now about three times what it was at the end of the 1980s, although these don’t include loans to Network Rail.

Britain’s privatised railways have been getting around £5 billion on average in government support over the last five years. In the last five years of the 1980s—the earliest period we have figures for before privatisation—it was an average of £1.6 billion in today’s money”.

So there you have it in black and white. The government retained control of the rail network through the establishment of a public company called Network Rail and then sold the franchises to run the rail services on the network to private companies. Excluding government expenditure in the form of loans to Network Rail, for instance, £5.7 billion in 2016/17 alone, the public purse subsidises the private rail companies with an incredible three times more public money than they spent on the publicly-owned British Rail. Since privatisation, the public purse has spent £5 billion a year to support a privatised service compared to £1.6 billion a year supporting the publicly owned one. It is so crazy, it is criminal.

As if this part of the rail privatisation story is not bad enough don’t forget what happened to the 11,250 train vehicles British Rail owned in 1993 before privatisation. Just under 90% of that rolling stock was gifted to three specially created rolling stock leasing companies (ROSCOS) who then charged the private franchise companies leasing fees for use of that stock. Talk about a license to create money? These newly created private rolling stock companies had a monopoly on the supply of stock and couldn’t fail to make money given the fact the stock was gifted to them by the government despite being paid for by decades of public funds invested in British Rail.

Detailed research by the RMT has revealed ROSCO’s revenues have risen steadily since they were created with nauseating sums generated in the five year period between 2012, around £800 million, to £1 billion in 2017.

So what have these ROSCOs done with the massive revenues? They haven’t invested in new stock as Department of Transport date shows the average age of rolling stock has risen since privatisation from 16 years old in 1992, the last year before privatisation, to 20 years old in 2017/18. So the cost of fares has rocketed, reliability of services has plummeted and the chances of securing a seat on busy routes are virtually nil because investment in more and modern carriages has dived. Yet between 2012 and 2018 the ROSCOs passed on £1.2 billion to their parent companies and owners in the form of dividend payments.

Tory Privatisations Must Be Reversed – Public Is Better Than Private

The story of rail privatisation is one of calamity and disaster for the public across the UK. They have been ripped off to the tune of billions of pounds and the clamour for full-scale re-nationalisation will continue to grow. Just like water, gas, electricity, bus services and mail the railway service is essential and belongs in public hands being run for maximum benefit to all of society not private profits for fat-cat private bosses.

Instead of piecemeal re-nationalisation, we need urgent wholesale re-nationalisation of the railway services and stock. Returning rail, mail, gas, electricity, water and many other services stolen from the public to state control and ownership is long overdue.