VT’s sources tell us families were threatened in order to hide Trump-Pence partnership with organized crime. 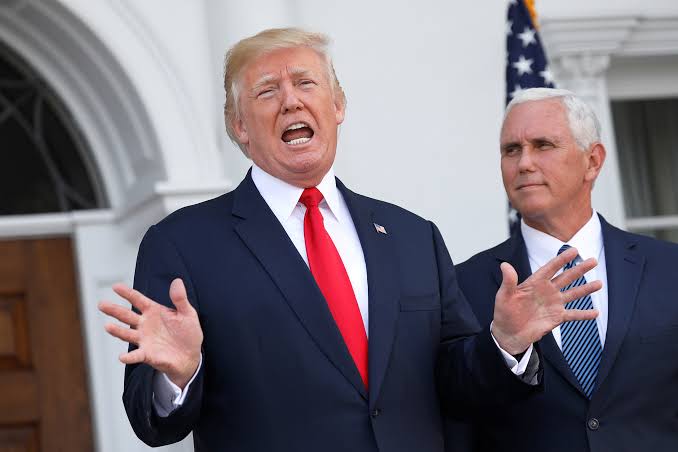 Daily Beast:  Senate investigators have reportedly interviewed a whistleblower at the Internal Revenue Service who has said the audit of the president or the vice president was the subject of improper political interference.

The Washington Post reports that the whistleblower’s complaint alleges that at least one political appointee at the Treasury Department may have tried to tamper with an IRS audit of Donald Trump or Mike Pence. The interview is reported to have happened in recent weeks, and the whistleblower gave transcribed remarks to the offices of Sens. Charles E. Grassley (R-IA) and Ron Wyden (D-OR), who are the chairman and highest-ranking Democrat on the Senate Finance Committee.

The complaint was first disclosed in an August court filing by Rep. Richard Neal (D-MA), the chairman of the House Ways and Means Committee, as part of his lawsuit against the Trump administration to force the release of the president’s tax returns.

Washington Post:  Senate investigators have conducted an extensive interview of a whistleblower at the Internal Revenue Service who has alleged improper political interference in the audit of the president or vice president, according to two people familiar with the meeting.

The whistleblower, a career IRS employee, has alleged that at least one political appointee at the Treasury Department may have tried interfering with the audit of President Trump or Vice President Pence. Democratic lawmakers have stressed the importance of thoroughly investigating the complaint, while Trump administration officials have downplayed its seriousness and said it is based on hearsay.

The continuing investigation into the whistleblower’s allegations comes amid the Senate impeachment trial of the president and Senate Republicans’ push for his acquittal, a process kicked off by a complaint by a whistleblower in the U.S. intelligence service.

Spokespeople for both Wyden and Grassley declined to comment or confirm the interview. The two people spoke on the condition of anonymity because of the sensitivity of the complaint, which pertains to a confidential IRS audit that cannot be disclosed under federal law.

“It seems Wyden and Grassley are doing their due diligence. The tax-writing committees ought to find out about this,” said Steve Rosenthal, a senior fellow in the Urban-Brookings Tax Policy Center, a nonpartisan think tank. “The next step would be, depending on what happened, pursuing the next step to corroborate what the whistleblower said.”

The IRS whistleblower complaint was first disclosed in an August court filing by Rep. Richard E. Neal (D-Mass.), the chairman of the House Ways and Means Committee, who said it raises “serious and urgent concerns” about the system for auditing the president. That process is supposed to be walled off from political actions. Neal revealed the complaint as part of his lawsuit against the Trump administration for the release of the president’s tax returns, which Trump has refused to release in a break with decades of precedent.