Actually it’s much worse than that. Trump, like his partner in crime Netanyahu, is a gangster.

Some fascists have been narcissistic blowhards. But at least they mostly cared about the countries they aspired to lead. Some even stood up against the bankster cartel and issued public currency. Say what you want about fascist strongmen, at least they’ve generally had a vision of something bigger than themselves.

Trump is just a gangster, a two-bit hoodlum, out for number one, no scruples, no ideas, just sheer greed and the conviction he isn’t bound by the rules that apply to everybody else. If he had enough vision to be a fascist it would be an improvement.

Trump sees the Kosher Nostra is the biggest mob in town so he kisses up to Bibi and puts a hit on the Palestinians, using Jared “my mobbed-up dad did time in federal prison” Kushner to seal the deal. Since there’s no more international law, if there ever was, he may get away with it for awhile.

Will Trump wind up in the pen? Will he get whacked? Stay tuned to The White House Sopranos for updates… 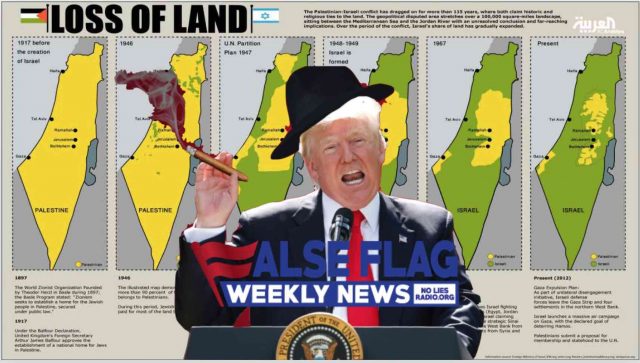