Your State of the Union speech on Tuesday, 4 February 2020 can make America great again with just four lines I am sure you do not have in there now. Want the mother of all landslides? Add these four lines:

I said the system is rigged, the time has come to UNRIG the system.

The control of Congress by just two parties that shut seventy percent of all eligible voters out — and particularly the Constitution, Green, and Libertarian parties as well as all Independent voters —  has demonstrated its partisan dysfunctionality most recently in an impeachment process that is at best comic and at worst a total betrayal of the public trust.

I am announcing today my absolute and complete support for HASHTAG UNRIG, the electoral reform proposals advanced by former Marine Corps infantry officer and CIA spy Robert David Steele, and by Dr. Cynthia McKinney, the six-term Congresswoman from Georgia.

We will pass this legislation — which will contain all twelve proposed reforms — in time to assure a fair and transparent count of all votes in 2020, and a Congress in 2022 that includes at least 100 members of Congress who are Independents or from third parties not now represented in Congress.

My four-minute emergency message to you is very popular on YouTube:

God Bless You, Mr. President. You are going to lose to Bloomberg-Gabbard or Bloomberg-Klobuchar is you don’t grow beyond your dying base and bring in a huge swing vote. #UNRIG does that for you. Throw in a student debt jubilee and you are on to the second term.

Our three-minute three-graphic appeal to you is also popular 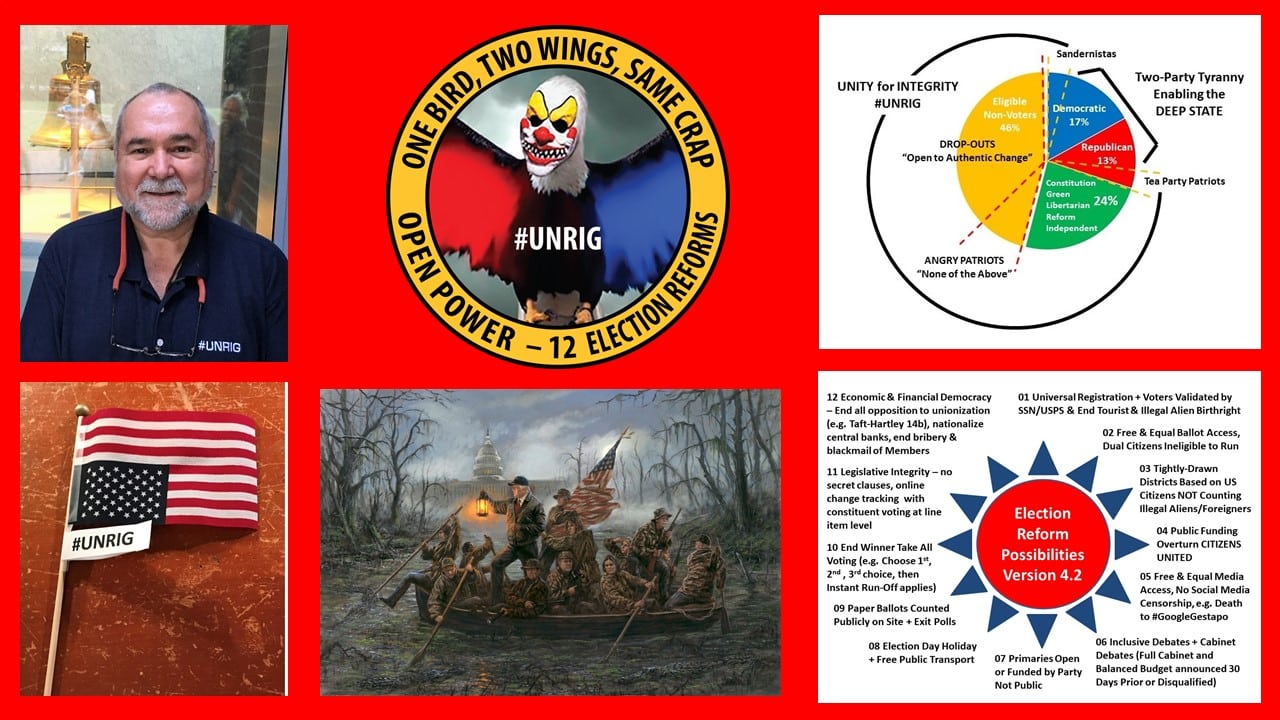