[ Editor’s Note: Better late than never. Our congratulations to the Swiss for pushing this through, something which should certainly not have taken a year for what is really a simple transaction.

Iran had a credit balance at the bank, so a ledger deduction was made for payment, something that is done countless times in banks every day. But the US was playing a two-faced game, claiming to not be blocking such supplies, when it was not blocking the purchase but the payment of the transaction.

This was a cruel act against the Iranian citizens including children who needed these medicines, done solely to stir up regime change animosity towards the Iranian government, a way the US could hold as hostages the lives of seriously ill and dying Iranians.

This was a pitiful act, and a shame that Congress did nothing to stop this, nor did any of the presidential candidates raise the issue. A different but similar game is being run against Syria, stealing the country’s oil so it does not have the necessary revenue to pay for similarly needed items, for the purpose of undermining Syrian support for an Assad government that is backed by a wide majority of civilians, way more than Mr. Trump’s margin.

The Democrats offer us nothing on the world carnage stage other than Bernie. The rest will carry out the Deep State and Israel’s foreign policy to the best of their ability, despite our politicians taking an American oath.

As for the American security orgs, it is even worse. They know exactly what has been going on, but in their defense, have been muzzled and blocked by high political officials against prosecuting those who assist Israeli espionage efforts here… Jim W. Dean ] 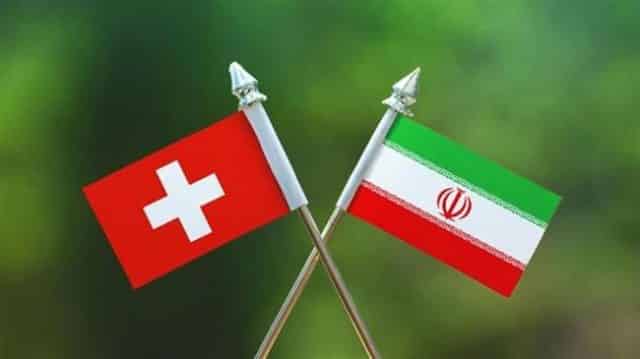 A senior trade official in Switzerland has said that the country’s newly-launched financial channel meant to bring humanitarian items to Iran would guarantee that Tehran receives some of the badly-needed medicines whose delivery have been hampered by the American sanctions on the country.

Erwin Bollinger, a senior official at Swiss State Secretariat for Economic Affairs (SECO), said in remarks published on Saturday that many companies and businesses have declared their readiness to engage in trade of humanitarian items with Iran since the Swiss channel was launched earlier this week.

The Swiss Humanitarian Trade Arrangement (SHTA) was launched on Thursday with a first trade for delivery of cancer and organ transplant drugs to Iran worth 2.3 million euros ($2.54m).

Bollinger told Iran’s official IRNA agency that there was no cap on the size and volume of SHTA transactions and that Switzerland had finalized the details of the mechanism with US authorities.

“As long as there is sufficient (Iranian) credit in Swiss banks, there would be no restrictions,” he said, adding, “The significance of this mechanism is that it can guarantee transfer of medicine to Iran.”

Iranian authorities on Friday welcomed a first transaction through the SHTA which came after more than a year of direct consultations between SECO and US Department of Treasury.

However, CBI chief Abdolnasser Hemmati said that it was obvious that Washington was still opposed to more inclusive trade of such items with Iran despite repeated claims that its sanctions do not affect the supply of food and medicine to the country.

“If the Americans are really claiming to be supportive of delivery of medicine and agri-food, they should facilitate the banking mechanism for transfer and supply of credit for purchasing basic goods,” said Hemmati on Thursday.