Home Life Coming Collapse: The House of Windsor and a Clash of ‘Two... 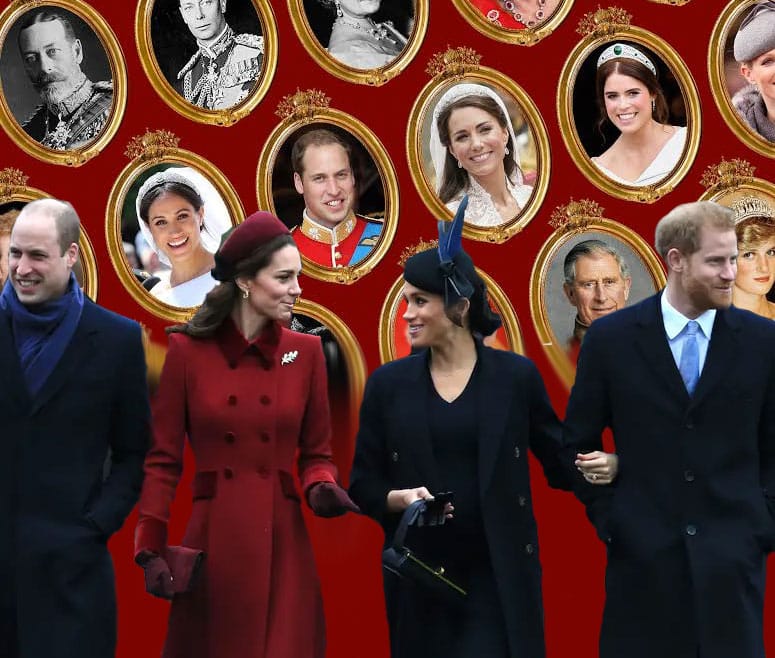 The last months have seen the most remarkable fissures breaking in the foundation of the House of Windsor whose austere image of duty and Christian morality have entirely broken down under a firestorm of scandals showcasing the culture of crime and degeneracy prevalent across the upper ranks of the empire. 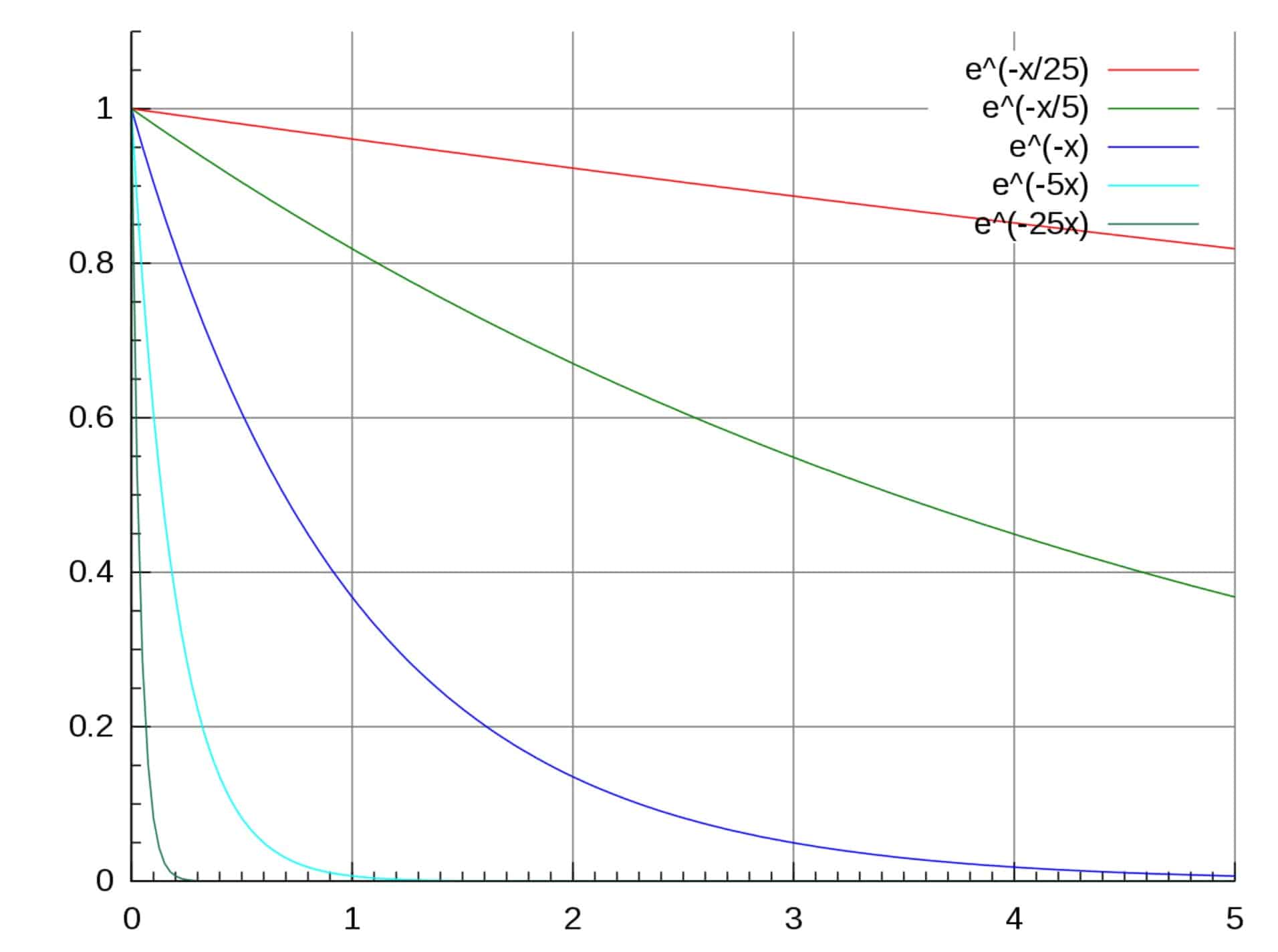 Scandal for royals by itself is nothing astounding. Hell, an entire tabloid industry has been built around it. What is exceptional is the amount of morally repugnant scandal breaking all at once and the systemic shock effect it has had on the institutions of the monarchy.

Earlier last year an international pedophilia ring patronized by royalty with tentacles across the elite of the western world came to light in extreme detail with the effect that Royal Prince Andrew has found himself “fired” from all positions of authority in order to live in a state of early retirement. To the horror of the royals, Andrew’s connection to Epstein has renewed interest in the earlier Jimmy Saville scandal which blew up after the TV show host’s death in 2011. At that moment hundreds of pedophilia (and necrophilia) cases spanning decades were made public. The fact that Saville was a lifelong friend of both Princes Charles and Andrew alike was even more detrimental a fact than the Epstein connection.

For thinking people, these scandals have awakened a renewed interest in the truth of another crime arranged by the royal family over 20 years ago:

The assassination of Princess Diana on August 31, 1997. The best exposition of the truth of this murder was presented in the 2011 documentary Unlawful Killing directed by Keith Allan and funded by Mohammed al-Fayed (father of Dodi al-Fayed). If you have not yet watched this film, I couldn’t recommend it more highly. Seriously… do it.

Today, Diana’s younger son Prince Harry and his wife Meghan Markle have made headlines announcing their unprecedented abdication from “senior positions” in the royal family in order to “work to become financially independent, while continuing to fully support Her Majesty the Queen”… in Canada. While theories abound as to why this is happening from gossipy circles who wish to count the various Clinton-connected figures of the western liberal establishment currently courting the royal couple, I wish to evaluate this anomaly from a slightly different angle.

The Clash of ‘Two Christianities’

This angle addresses the very battle in western civilization between two forms of Christianity showcased dramatically in the 2018 wedding ceremony which must be seen to be believed and demonstrated something very important about the clash of “Two Christianities” which has shaped the last 2000 years of western history.

This battle is found in the opposing concepts of Man, God and Nature’s law from which all definitions of “Justice”, “Goodness”, “Beauty”, “Truth” and “Love” emanate. In the case of what we will call “oligarchical Christianity” preferred by slave owners and imperialists, we will classify that perverted version which denies the validly of such passages like 1 Corinthians 13 preferring instead to emphasize the submissiveness of slaves to masters, masses to priesthoods and serfs to Caesar.

Obedience without love or knowledge which slave owners used to keep their human property in bondage for centuries is the Christianity that modern critics like Marx and Engels have attacked as “opium for the masses”.

The other form of Christianity is found in the total opposition to slavery due to the principled faith that ALL humans, regardless of race, are made in the image of the Creator and with implicitly inalienable rights. This was the revolutionary Christianity that gave birth to the greatest freedom struggles of history internationally including the anti-slavery movement of the 19th century through to the 20th century Civil Rights movement led by Rev. Martin Luther King Jr.

This more potent Christianity expresses itself in various forms and denominations, but the common denominator is the PRINCIPLE of 1 Corinthians 13 – with Paul’s directive to love in a total, agapic, revolutionary manner even if it means the loss of one’s own security and even one’s own life. Before Christ, this form of love which imperialists mortally feared was embodied eloquently in the 5th century BC drama Prometheus Bound written by Aeschylus (more to be said below).

So how does this lesson of the ‘two Christianities’ manifest itself in the current story of Harry and Markle’s departure from the collapsing House of Windsor?

To answer that, I’d like to take a short review of the royal couple’s 2018 wedding which featured a most anomalous occurrence which one would have to see in order to believe.

Fractures Grow at the Royal Wedding

As the guests arrived in the usual pomp and regalia that such an event typically entails, all appeared to be unfolding according to British Anglican standards of conduct and Kantian elitism. As the keynote speaker Bishop Michael Curry (head of the American Episcopal Church (1)) began his sermon, something began to change. Based upon the scowling expressions of the Queen, her consort and squirming discomfort of other royals in the audience, one could see why something had fallen completely “off script”.

Opening the ceremony, the bishop gave a speech one would never have thought possible in the walls of the Church of St. George which has only known the hollow form of oligarchical Christianity for centuries. Speaking on the nature of genuine agapic love in opposition to the hollow shell of an empire, Rev. Curry stated:

“Jesus said, ‘you shall love the Lord, your God, with all your heart, all your soul, all your mind and all your strength. This is the first and great commandment.’ And the second is like it. Love your neighbor as yourself. And then in Matthews’ version, he added, he said on these two, love of God and love of neighbor, hang all the law, all the prophets, everything that Moses wrote, everything in the holy prophets, everything in the scriptures, everything that God has been trying to tell the world, love god. Love your neighbors. And while you’re at it, love yourself.

Someone once said that Jesus began the most revolutionary movement in all of human history, a movement grounded in the unconditional love of God for the world. And a movement mandating people to live that love. And in so doing, to change not only their lives but the very life of the world itself. I’m talking about some power, real power, the power to change the world.”

Curry shifted gears near the end of his sermon in order to celebrate the figure of Aeschylus’ drama named Prometheus, the fire-bringer who stole fire from Zeus in order to share it with mankind at the cost of thousands of years of torture.

It is an open secret that the modern environmentalist movement’s longest-living founder and patron is none other than Prince Philip himself, who co-founded the World Wildlife Fund for Nature in 1961 along with his bosom buddy Prince Bernhardt of Bilderberger fame. Married to the head of the Anglican Church, Prince Philip expressed this misanthropic anti-Christian view of a man on multiple occasions over the years and has even publicly stated his wish to be “reincarnated as a deadly virus” to solve overpopulation. In a December 1981 People Magazine interview, His royal virus laid it all out when he said:

“Human population growth is probably the single most serious long-term threat to survival. We’re in for a major disaster if it isn’t curbed… The more people there are, the more resources they’ll consume, the more pollution they’ll create, the more fighting they will do. We have no option. If it isn’t controlled voluntarily, it will be controlled involuntarily.”

It is also an open secret that the guiding ethic of the environmental movement which Philip and Bernhardt founded identified the figure of Prometheus as the core enemy image of man which has caused all of the “environmental disequilibrium” throughout history that their anti-growth decarbonization schemes have sought to undo.

A leading Commander of the British Empire, friend of Philip and top advisor to Pope Francis, Sir Hans Schellnhuber co-authored the 2015 Encyclical Laudato Si which led into the Vatican push for a new category of “climate sins” which dovetails the international Green New Deal when he stated: “In the age of fire, mankind has grown to a certain planetary power… And thus we are steering on in complete ignorance of the firewalls of the planetary system. Is there an alternative course? There are many! But all require, not reform, but rather the early defeat of the fossil-nuclear complex.”

Experiencing the fire of Promethean Christianity burn the skin of royal viruses like Prince Philip in the morally hollowed walls of St. George’s Cathedral was really refreshing. The musical intervention featuring African American spirituals displayed honesty in that profane den of hypocrisy which was also a welcomed breath of fresh air.

Whatever the deeper reasons for Harry and Markle’s departure from their positions to create a new life distanced from the monarchy, we do know that this schism between image and reality has occurred, and is growing larger every day. One can almost hear the echo of Edgar Poe’s Roderick Usher (an archetype for all royals) sitting in his hollowed castle screaming in horror at the reality that the days of Feudal grandeur are over, as the fissures long ignored in the manor’s foundations result in the collapse of the house and all it stands for.

With these humble thoughts in mind, I hope you enjoy watching the royals squirm as much as I did.

The author can be reached at [email protected]

(1) Bishop Curry’s parents were both sharecroppers from Alabama who joined the Episcopal Church during the days of segregation when it was the only church in Ohio that permitted blacks and whites to drink from the same chalice.