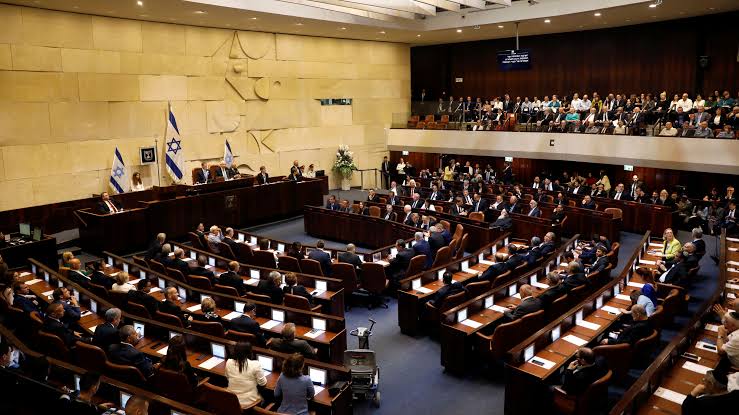 The Israeli Knesset yesterday delayed voting on the Mandatory Tattoo Bill (KN-6283) requiring that all citizens be tattooed with Nazi concentration camp ID numbers in memory of the Holocaust. The bill also obliges newborn infants to undergo genetic screening to determine whether they carry the Holocaust Trauma Gene—and to submit to Holocaust Gene Implant Therapy (HGIT) if they don’t. 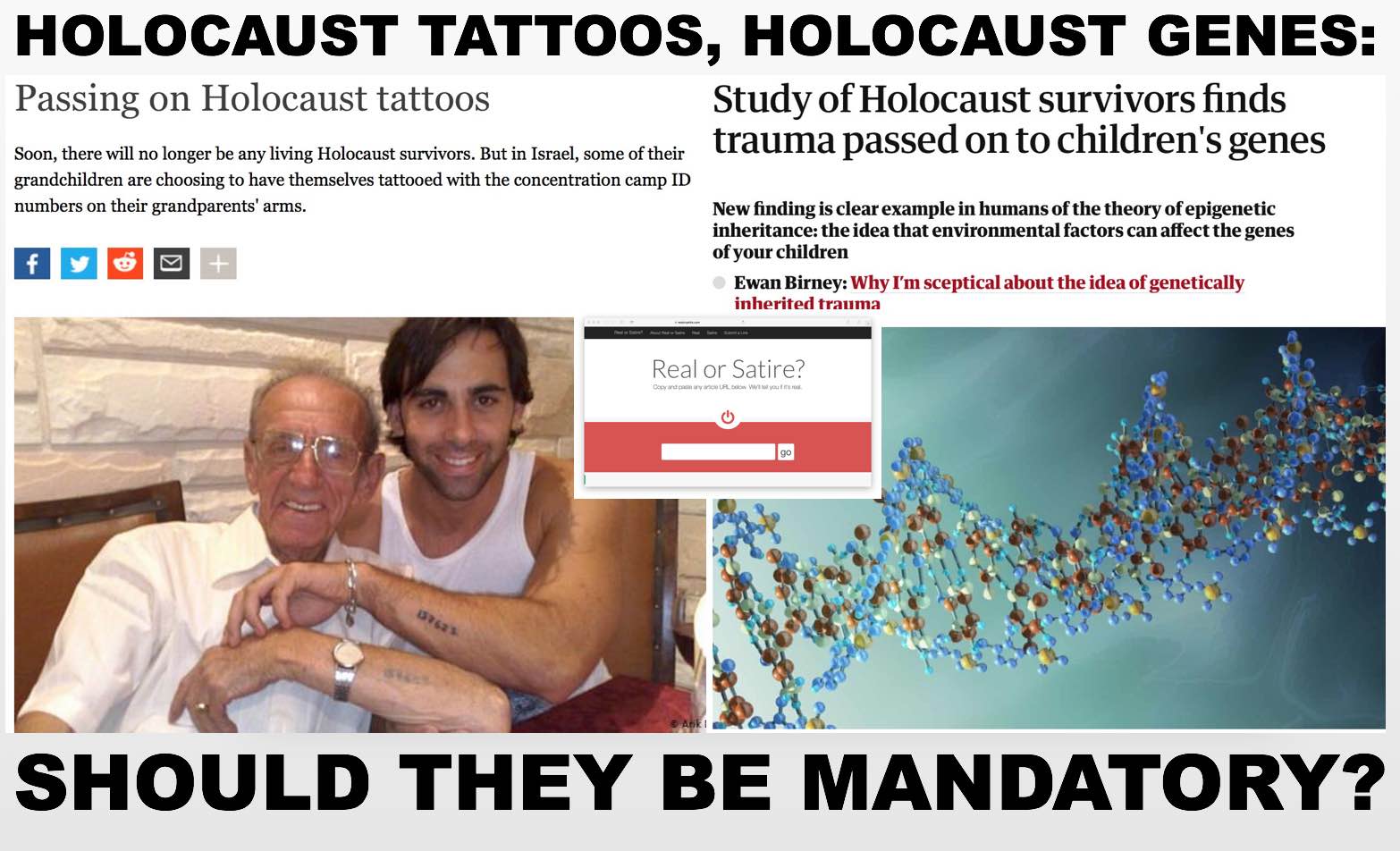 Bickering over the bill threatened to derail the budding coalition between Benjamin Netanyahu’s Likud Party and Benny Gantz’s Israeli Resilience Party. Netanyahu supports both mandatory Holocaust tattoos and universal gene therapy. Gantz, for his part, supports the tattoos but argues that more research on the Holocaust Trauma Gene (HTG) is necessary before the mandatory implants are rolled out.

Gantz’s right-wing opponents have rallied behind Netanyahu. “Holocaust trauma is in our blood. It’s in our genes. It’s tattooed on our arms,” explained Yahuda Beluga of the ultra-right-wing Futzka Yehudit party. “Being so traumatized by the Holocaust that we’re willing to totally screw over anybody who gets in our way is absolutely central to our identity as Israelis.

“Yet today, 75 years after the fact, Holocaust memories are starting to fade. Forgetting the Holocaust, getting over the trauma, represents an existential threat to who we are, to what we have become—and to our plans to keep killing and raping and looting and pillaging the goyim in general, and the Palestinians in particular.

“How can we keep doing that with a clear conscience if we don’t feel, deep in our DNA, that we are not just victims, but the most eternally, inimitably, incomparably victimized people in human history?”

Under the proposed law, newborns will be tattooed with Auschwitz numbers, and injected with the Holocaust Trauma Gene, during their circumcision ceremonies. Rabbi Nimrod Kuttitoff, president of Israel’s rabbinical council, the Elders of Zionism, says this will provide future Israeli citizens with “three traumas for the price of one. Such a deal! If you think we are a vicious, violent, hyper-aggressive, tribally-psychopathic, massively self-traumatized people today, just wait till you see the next generation!”

The plan to add tattoos and gene therapy to the circumcision ceremony has drawn fire from Israeli feminists. They argue that traditional circumcision already discriminates against baby girls, who should enjoy the same right to genital mutilation as boys. If Auschwitz tattoos are applied during circumcision, hence only to males, they will become a badge of male superiority, the feminists claim.

LBGTQ advocates from the Gender Confusion Party (GCP), which holds three seats in the Knesset, support the feminists, saying that all genitals are really the same and should, therefore, be mutilated equally and that anybody who claims to notice that male and female genitalia are different is a transphobic nazi.

Meanwhile, an extremist spin-off from the GCP calling itself the Universal Genital Mutilation Party (UGMP) is supporting a more radical plan to require adults, teenagers, and children as well as babies to undergo genital mutilation and random hormone injection on a monthly basis, in order to eradicate the last traces of perceived differences between the sexes.

After the bill passes, Israeli government sources report, Netanyahu is planning to summon US President Trump to Tel Aviv and personally tattoo him, circumcise him, and inject him with the Holocaust Trauma Gene on live television.

Meanwhile, in Germany, Angela Merkel has introduced a bill to outlaw “Holocaust Gene denial.” According to Merkel, biologists skeptical about the reality of the so-called Holocaust Gene are actually Nazis in disguise.

Merkel’s bill will make Holocaust Gene denial a crime punishable by up to a six million dollar fine and up to six million years in prison. Lawyers who argue for even a slightly lower fine or shorter prison term for their clients will also be prosecuted as deniers and subjected to the same penalties.