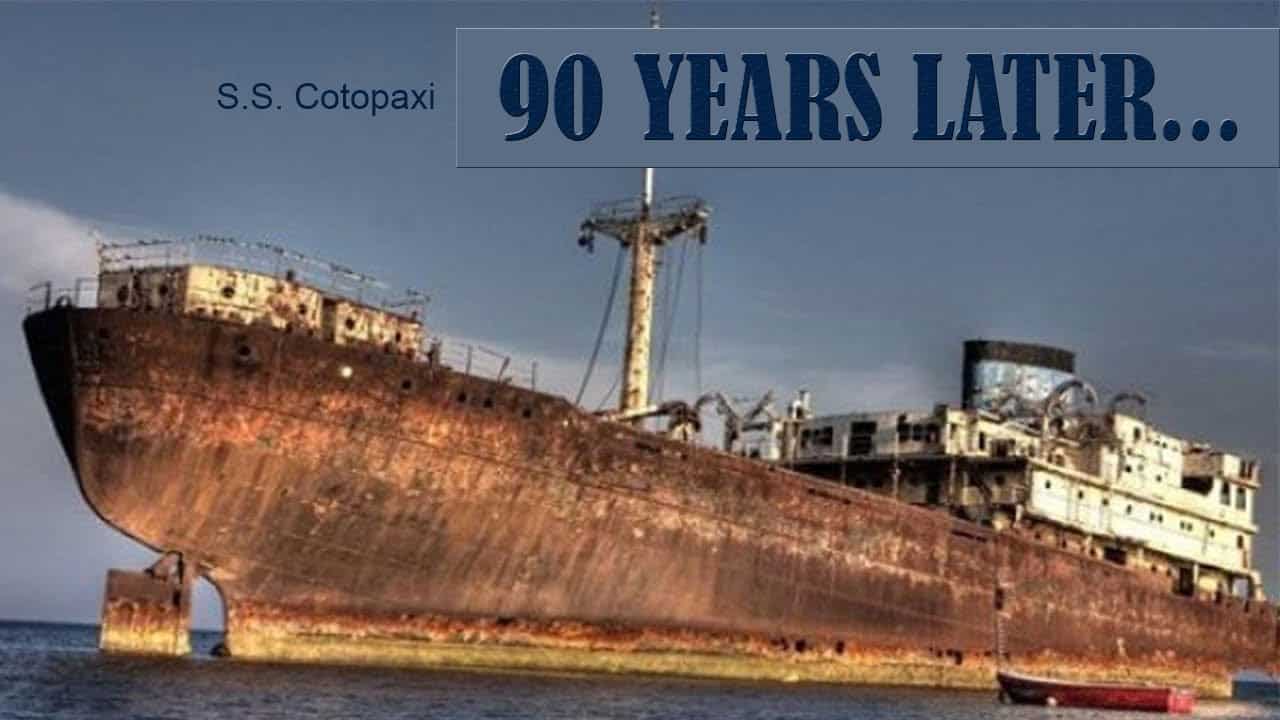 Lost Ship Rediscovered After Disappearing Near Bermuda Triangle 95 Years Ago

In November 29, 1925, the S.S. Cotopaxi set sail from Charleston, South Carolina, with a cargo of coal and a crew of 32. Charting a course for Havana, Cuba, the ship ran afoul of a tropical storm brewing near the Bermuda Triangle two days later and promptly disappeared.

Now, nearly a century later, a team of shipwreck hunters says it has finally identified the battered boat’s remains off the coast of St. Augustine, Florida, putting to bed decades of myths, ghost stories and seafaring lore that inevitably sprung up in the interim. The group’s underwater quest will be featured in the February 9 premiere of the Science Channel’s “Shipwreck Secrets” series.

“It was incredibly exciting,” Michael Barnette, a marine biologist at the National Oceanic and Atmospheric Administration (NOAA) who helped find the wreck, tells the Huffington Post’s Ed Mazza via email. “I’ve done a countless number of shipwreck dives but this one truly stood out.”

The discovery comes with an ironic twist: Researchers actually unknowingly homed in on the S.S. Cotopaxi’s marine graveyard nearly 35 years ago. The site, called Bear Wreck by fishers and divers, had long been known to contain a sunken ship, but scientists had struggled to pinpoint the vessel’s …