Even in Death, Charles Dickens Left Behind a Riveting Tale of Deceit

When Charles Dickens died, he had spectacular fame, great wealth and an adoring public. But his personal life was complicated. Separated from his wife and living in a huge country mansion in Kent, the novelist was in the thrall of his young mistress, Ellen Ternan. This is the untold story of Charles Dickens’ final hours and the furor that followed, as the great writer’s family and friends fought over his final wishes. 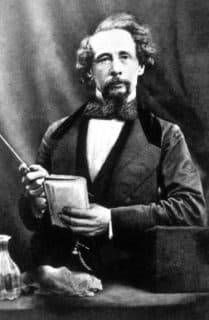 My new research has uncovered the never-before-explored areas of the great author’s sudden death and his subsequent burial. While details such as the presence of Ternan at the author’s funeral have already been discovered by Dickensian sleuths, what is new and fresh here is the degree of maneuvering and negotiations involved in establishing Dickens’ ultimate resting place.

Dickens’ death created an early predicament for his family. Where was he to be buried? Near his home (as he would have wished) or in that great public pantheon, Poet’s Corner in Westminster Abbey (which was clearly against his wishes)?

“The Inimitable” (as he sometimes referred to himself) was one of the most famous celebrities of his time. No other writer is as closely associated with the Victorian period…