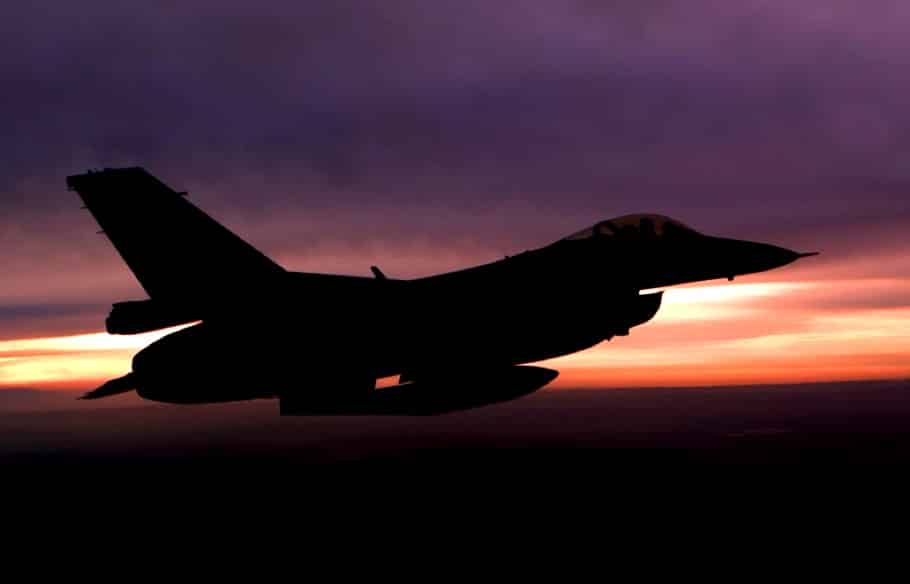 The missiles launched by the F-16s of the Israel Defense Forces (IDF) on Damascus risked causing another air tragedy like that which occurred in Syria on September 17, 2018, when the defense systems of the Arab Army of Bashar Al Assad accidentally hit a Russian Ilyushin Il-20 reconnaissance aircraft killing the entire crew of 15 men or the one that happened on January 8 in Tehran with the involuntary shooting down of the Iranian anti-aircraft of flight PS752 of Ukrainian Airlines causing 176 victims.

An Airbus 320 flight with 172 people on board bound for Damascus, around 2 o’clock tonight (Syrian time) found itself in the crossfire of at least 8 Israeli rockets and those of the Syrian defense batteries S-300. Therefore, he was forced to quickly change course for an emergency landing at the Russian Aerospace Forces airport in Hmeinimi.

The news was released by the Ministry of Defense of Moscow highlighting that the serious danger was caused by the maneuver of the Tel Aviv jets that, starting from the Golan Heights, exploit the airspace of Lebanon and hide behind civilian planes to launch their attacks planes.

On Thursday night, the IDF assault struck the outskirts of the Mazzeh military airport, south of Damascus, and other nearby positions of the Quds Forces fighters of the Iranian Pasdaran. Most of the rockets have been intercepted by defense systems.

According to the Russian media Sputnik International, there were only 8 injured while for the Syrian Observatory of Human Rights there would have been 23 victims among pro-Iranian paramilitaries and some soldiers of the Syrian Arab Army as well as heavy damage to the deposits of weapons and ammunition.

After that first attack, the Ministry of Foreign Affairs and Expatriates of Damascus said that the violation of Syrian borders by Turkish forces at dawn on Thursday in exposed synchronicity and under cover of the Israeli aggression confirms the unity of the objectives between the Turkish regime and the Israeli entity in the protection of terrorists.

Golan-Jerusalem: Robbery of the Century by Two Clowns under Trial

“In exposed coordination and disclosed synchronicity, Turkish forces and under the cover of Israeli aggression at dawn broke Syrian borders, and were deployed between the villages of Binnish, Ma’ar Masrin, and Taftanaz in a step that affirms the unity of objectives between the Turkish regime and the Israeli entity which aim to protect terrorists, in particular, Jabhat al-Nusra, and prevent the advancement of the Syrian Arab army in Idleb and Aleppo and prevent the complete defeat of their agents in Syria,” an official source said in a statement to the SANA agency on Thursday.

Below the full report of Russia Today on the attack tonight.

The civil Airbus-320, en route from Tehran to the Syrian capital, was forced to make the emergency landing following an Israeli missile attack, the ministry said, denouncing Israeli pilots’ “common practice” of using civilian aircraft as a “shield.”

The aircraft was due to land at the Damascus International Airport but was unable to do so as Syrian air defense systems engaged hostile targets. The surprise attack took place around 2 am local time, with four Israeli F-16s firing at least eight air-to-surface missiles from outside of Syrian airspace.

“Only due to timely actions of the Damascus airport dispatchers and the efficient operation of the automated air traffic control system, the Airbus-320 managed to… successfully land at the closest alternative airfield,” Konashenkov added.

That was not the first time Israeli fighter jets have endangered civilian craft over Syria, with Moscow criticizing Tel Aviv for putting two passenger flights in danger during an air raid in 2018. Israel has flown hundreds of similar bombing raids on Syria throughout the country’s civil war, claiming to be hitting “legitimate Iranian targets.”

During a tense moment in early January after a series of Iranian strikes on US military positions in Iraq – retaliation for the assassination of Quds Force commander Qassem Soleimani – Tehran accidentally shot down a Ukrainian airliner, killing all 176 people on board. Iran quickly came clean about the incident and apologized, admitting it made a mistake in a time of crisis, fearing an imminent counter-attack from US warplanes.

In another incident in 2018, Syria’s air defenses shot down a Russian IL-20 military craft after Israeli F-16 pilots used it as cover. The deadly shootdown, which killed the plane’s 15-man crew, prompted Moscow to furnish the country with its S-300 missile defense system.

Another tragic incident in the Middle East involving a civilian airliner occurred in early January when Tehran accidentally shot down a Ukrainian airliner on the heels of its own missile strikes on US military bases in Iraq, which came in retaliation for the assassination of Iran’s elite Quds Force commander, Qassem Soleimani.

All 176 people on board died. Iran quickly came clean about the incident and apologized, admitting it made a mistake in a time of crisis, fearing an imminent counter-attack from US warplanes.