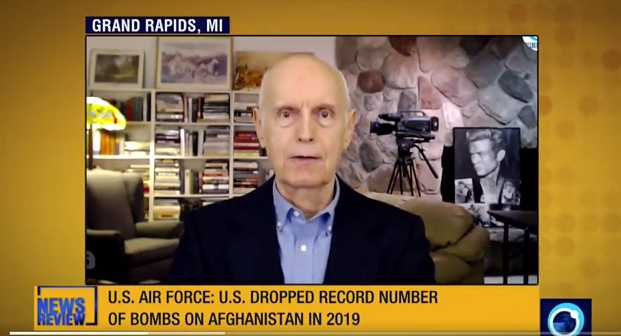 [ Editor’s Note: The record US bombing in Afghanistan on the surface looked like an effort to force the Taliban to the negotiating table. But that did not make sense as they were always willing to negotiate, but just not with the US backed government in Kabul.

Confused people like me could not imagine where talking to the US in Qatar without the Kabul government involved was ever going to go anywhere, and so far it has not. Trump had a weak hand starting out with earlier popular statements about pulling US troops out of these dead end wars, but saying and doing it are two different things.

The military command loves the deployment as it is training a constant turnover of US military people in live fire engagements so our defense forces are populated with at least some combat veterans and experience pilots. Heaven help the country that ever has to go to war with green troops.

Notice how not a word is ever said about the heroin production by anyone doing Afghan war coverage. What’s up wid dat? How did all media get shut down on asking the big question…Who is currently cashing in on the heroin trade? Might that have something to do with the war going on and on, to keep that $100 billion a year flowing?…JD ]

The US Air Force has announced that the American military dropped a record-breaking number of bombs on Afghanistan in 2019.

It said U-S warplanes dropped nearly 75-hundred separate munitions on targets in Afghanistan last year. This is the highest figure recorded in at least a decade since records began in 2006.

According to the Unite Nations, more than a thousand civilians were killed in Afghanistan during the first nine months of 2019. Over five hundred of the fatalities were caused by airstrikes, predominantly conducted by US forces. The report comes as U-S airstrikes killed 15 civilians earlier in January.