Why is so little known about the 1930s coup attempt against FDR? 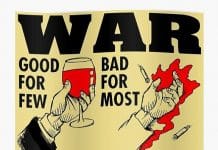 100 seconds to the apocalypse: Philosophy of war and the war of philosophies

In ancient times, the region of Judea was known for its plump, delicious dates, which delighted the palates of classical writers like Pliny the Elder; in his sweeping natural history treatise, the Roman author marvels at the Judean date’s “unctuous juice” and “extremely sweet sort of wine-flavor like that of honey.” The palm trees that bore these tasty fruits eventually died out—but now, researchers in Israel have brought them back to life.

The trees were once “grown in plantations around Jericho and the Dead Sea,” the researchers explain in Scientific Advances. By the 19th century, following years of warfare, “no traces of these historic plantations remained.”

Seeds of the Judean palm have, however, survived for millennia—possibly due to the unique environmental conditions of the area around the Dead Sea, which is situated 1,388 feet below sea level. Precipitation and humidity there are low, and the region boasts the thickest atmosphere on Earth, which might protect ancient relics from…