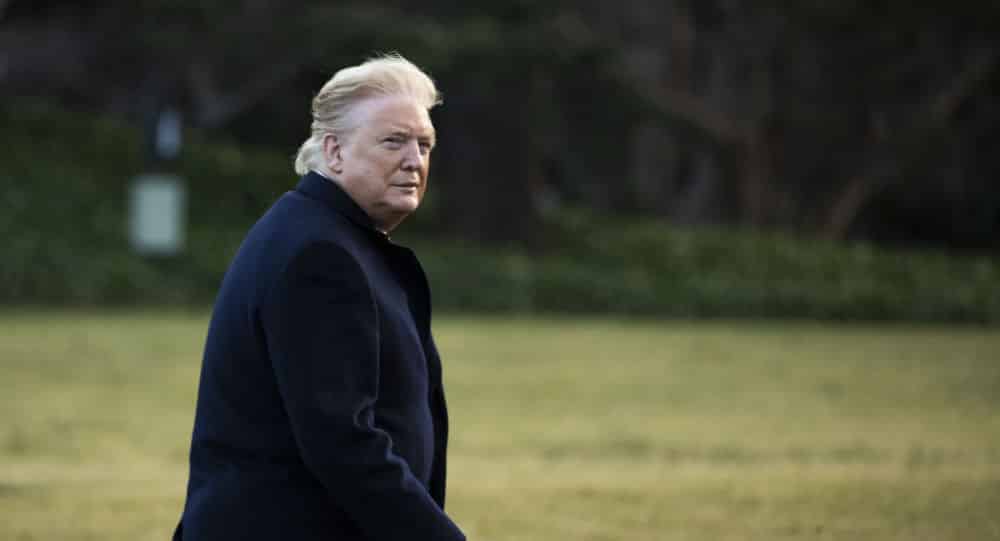 President Trump claimed on Saturday that a viral photo of his tan lines, which prompted #OrangeFace to trend on Twitter, was photoshopped. Trump retweeted a photo of himself that was posted on Friday by an unverified White House photography account, saying, “More Fake News. This was photoshopped, obviously, but the wind was strong and the hair looks good? Anything to demean!”

Today, ⁦@realDonaldTrump⁩ was dancing with the sunset and strong winds when he walked to the Oval Office from the Marine One on the South Lawn.. Photo by William Moon in the White House on February 7, 2020 pic.twitter.com/GURvi4UeSO

The photo of Trump on the South Lawn on Friday appeared to be slightly darker than other versions, including one taken by Reuters. The unverified account tweeted Saturday afternoon that the picture “was never photoshopped, but used the Apple smartphone’s photo app to adjust the color of the picture.”

Twitter users turned the photo into countless memes, many likening the president’s tan lines to the orange-faced Oompa Loompa characters from the children’s book and movie Charlie and the Chocolate Factory.